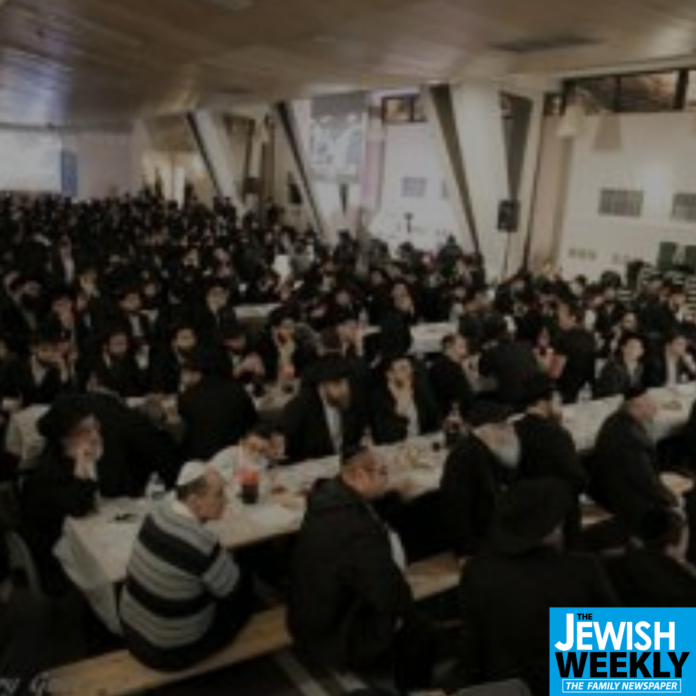 At the same time it is a poignant time in the history of the Committee with the very sad recent petirah of our highly regarded and respected Chairman, Mr Barry Cohen z”l.  In honour of the remarkable amount of effort he put in to raising funds for the Yeshiva over many years this year the  Melava Malka was dedicated in his memory.

The Guest Speaker was Rabbi Jacob Rubinstein, Rabbi Horovitz’s successor at Central and North Manchester Shul who had a very long-standing connection and friendship with Barry. In addition Barry’s brother Mr Elchonon Cohen attended the Melava Malka via Zoom from Eretz Yisroel  as Guest of Honour.

He devoted his life to not the least of which was his fund raising for Dvar Yerushalayim as well as being instrumental in setting up the Rav Yonah Balkind fund which enabled many young people to attend Dvar Yerushalayim, Ohr Samayach, Aish and Neve illustrating what a baal achryas Barry  was. Elchonon  went on to point out Barry’s  devotion to his learning and tephilla , his kibud harav and his ahavas Yisroel and ahavas eretz Yisroel which we should all learn from.

Rabbi Rubinstein brought  sources that when he taught Torah Dovid Hamelech was accompanied by many musical instruments describing this as a  musical fanfare heralding the learning of Torah  he was embarking on. In a similar fashion Rabbi Rubinstein described the musical background provided for the Melava Malka by Zvi Weisz a grandson of Barry Cohen as announcing that this was a celebration  of the historic occasion of the 50th anniversary of the Jerusalem Academy Trust and the work of Rabbi Horwitz who for over 50 years has been helping people come back to their heritage.

Rabbi Rubinstein expressed the view  that since the  חורבן בּית המקדשׁ there has not been a phenomenon to equal the בעל תשובה movement which arose in the  1970s and onwards emphasising how  Rabbi  Horovitz was in the vanguard of that movement.

He went on to note how appropriate it was that the Melava Malka was taking place in the week of parshas Yisro when we accepted the Torah and how everyone who does teshuvah accepts the Torah which is a real kabolas haTorah. This is something we should all draw inspiration from as we all should be baalei teshuvah to an extent. It says in the parsha  בּיום הזה בּאו מדבּר סינ on this day they arrived at the wilderness of Sinai. Rashi says it should have written בּיום ההוא on that day because it is referring to something that happened in the past. In response Rashi goes on to say שׁיהיו דברי תורה חדשׁים עליך כאלו היום נתנה that the words of Torah should be as new to you as if it was given today but how does one  achieve that? Rabbi Horvitz once related how someone said to him when he first started keeping Shabbos he felt so elated but now he has been keeping it for so many years he does not get the same lift.

How do you maintain the same enthusiasm as a bar mitzvah boy who puts on his tefillin for the first time? The answer is in the performance of any mitzvah there are any number of levels with which you can do the mitzvah and every time you improve your observance of a mitzvah that’s something new that is  a new kabolas haTorah, that is our teshuva which stops our Judaism becoming stale. That is what we really have to learn from בּיום הזה בּאו מדבּר סינ on this day – today we accept the Torah, it is still fresh, it still means something. Rabbi Rubinstein proceeded to note that this was something that Barry Cohen excelled in growing incrementally in his learning and through his efforts for every organisation he worked for, a shining example and inspiration to us all.