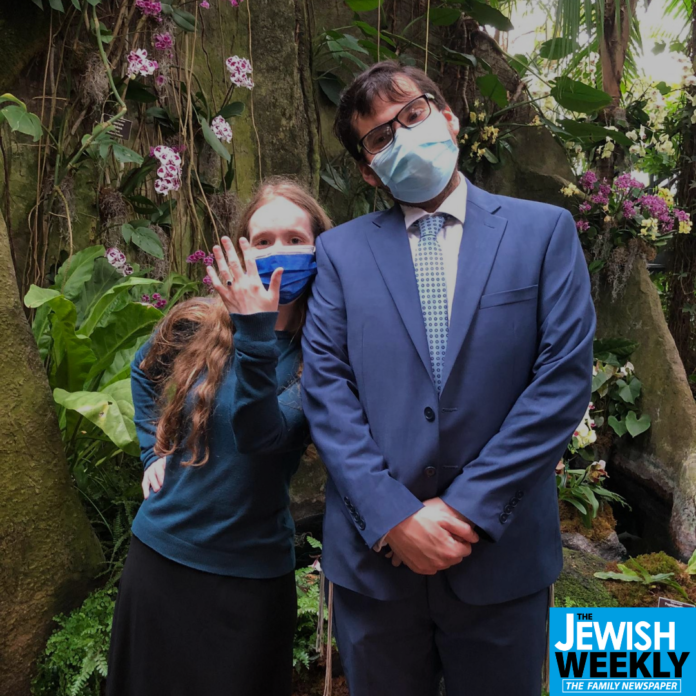 JWed, a leading online Jewish dating and marriage service with over 3,600 confirmed marriages, believes that for each member “it’s time your profile had a voice!”

Voice Intro is the new feature enabling members to make a bolder impact by expressing themselves through a personal audio message attached to their profile.

Derek Saker, CEO of JWed, conveys that the whole raison d’etre  of the service was to develop a less dismissive dating environment.

For JWed, this has meant empowering members to create a unique and diverse membership profile that provides a far more holistic and revealing picture of themselves. Written, visual and now audio.

As Saker says, “The Voice Intro is another unique tool, where we enable members to creatively personalize their profile. With a recording of a maximum of 60 seconds, members are able to very simply record and share any type of audio intro to themselves.”

David, 28 from Los Angeles says that he grabbed the Voice Intro opportunity. “I am not my best at written expression, but with a short audio message I believe I was able to encapsulate my humorous side which is so much of who I am!”

JWed strives to constantly provide members with the tools to create an online dating profile that says so much more about them than the typical online dating profile; a profile which is typically glanced at for a second – or two if lucky – and then swiped to the left or the right.

At JWed, members must answer a number of questions providing a diverse insight into their background, Jewishness, life goals, etc. Their users are encouraged to express themselves in the pictures they upload to their profiles, such as showing them involved in activities (as opposed to just headshots). And the Personal Description must be substantive and meaningful as well.

The launch of “Voice Intro” has JWed partnering with Jstay, the #1 Jewish Travel App – who have sponsored a raffle with the grand prize being a FREE TICKET to Israel – as an added incentive for JWed members to record an audio message!

Jstay allows users to find suitable vacation rentals and hotels; with Kashrut filters & ratings, Shabbat/Holiday options and so much more.

Jstay founder and CEO Sholli Kestecher says that “Just as JWed was an innovative first for Jews looking to get married, so too Jstay is a pioneering effort, making it easier than ever before to book or host within Jewish neighborhoods across the globe.”

At JWed, members, unlike many other ‘Jewish-by-name-only’ dating services, must be Jewish and must be sincerely marriage-minded.

Given the tens of thousands of members across a wide range of ages, JWed has made the new Voice Intro feature extremely easy to integrate whether accessing JWed from the website or app.

Jackie, a 62 year-old member from Miami, says that when her daughter heard her recorded audio she nearly fell out of her seat! “I didn’t even really put so much time into it – but it speaks to my personality – which is very talkative!”

JWed believes that those profiles which have a Voice Intro attached will quickly become the most engaging and active membership profiles within the service.