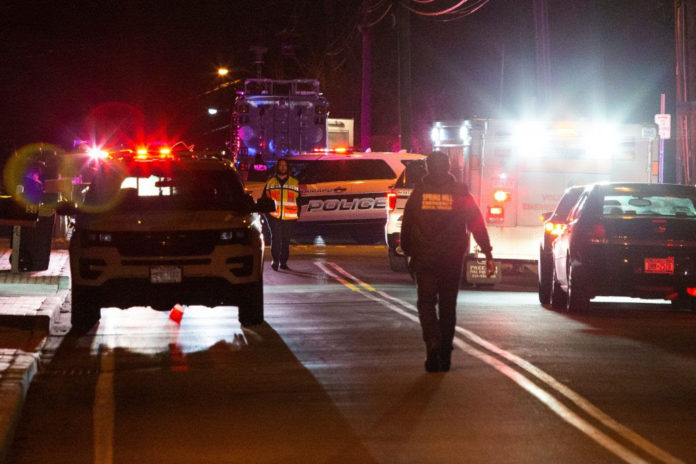 Waves of shock swept through the Jewish world, as reports of a further terror attack targeting US Orthodox Jews became known on Sunday.

As tens of followers of the  Netzach Yisroel  shul in Monsey were gathered to attend the Menorah lighting on Motzaei Shabbos, an African American man approached with a machete and began to stab  people, following one person further into the adjacent house until he was forced away by other congregants throwing furniture at him.

As the perpertrator attempted to flee, his number plate was recorded and was eventually traced to the Greenwood Lake area.

Condemnations from political figures both in the US and in Israel were swift at coming. Governor Andrew M Cuomo described it as a “despicable act”, and Mayor de Blasio described the fear many in the US are at showingtheir Jewishness outwardly.

Later, the police confirmed that a suspect had been taken into custody, and the Rabbi of the shul offered public thanks to G-d for preventing alarger calamity r”l.

The BBC reported the incident in its main news headlines on Sunday.