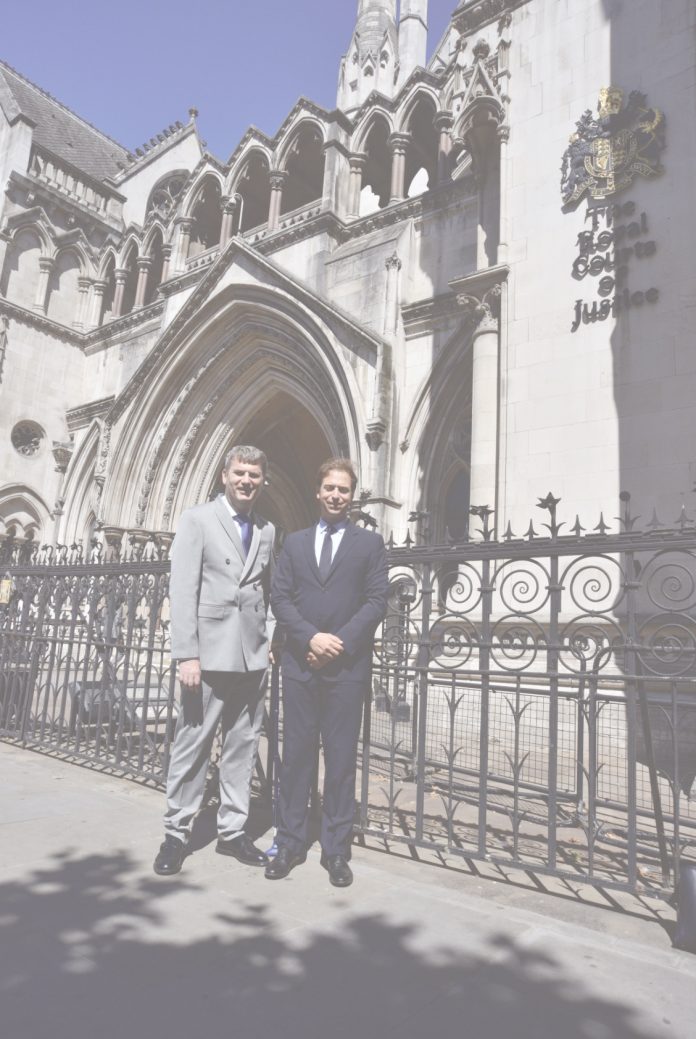 Mr Atzmon, is an anti-Semitism who is reported to have blamed the Grenfell Tower tragedy on “Jerusalemites” as well as reportedly telling university students that “the Jews were expelled from Germany for misbehaving.” He is not shy about his anti-Semitism, telling a Jewish Twitter user in 2014: “I am not a Jew any more. I indeed despise the Jew in me (whatever is left). I absolutely detest the Jew in you.”

Following our efforts to have him banned from various musical venues, he penned an article in which he claimed that our Chairman, Gideon Falter, “fabricated” anti-Semitic incidents as part of a “business plan” to defraud the British taxpayer and earn money for himself.

After being sued by Mr Falter for libel, Mr Atzmon attempted to crowdfund “tens of thousands of pounds”, telling his supporters: “I have made the decision to fight this crucial battle for freedom of expression even though this fight poses a real risk of bankrupting me and my family.”

However in court Mr Atzmon did not even show his face, instead sending his lawyer to make the implausible argument that he had not meant that Mr Falter was making up anti-Semitic incidents, defrauding taxpayers or profiting personally.

After just two hours of argument, High Court Justice Matthew Nicklin issued a preliminary ruling stating that Mr Atzmon had deliberately accused Mr Falter of: “dishonestly fabricating anti-Semitic incidents; deliberately exaggerating the prevalence of anti-Semitism and anti-Semitic activity (including being too ready to characterise as anti-Semitism legitimate criticism of Israel); by doing these things Mr Falter therefore risked increasing anti-Semitism; Mr Falter’s motive was to obtain funds (including funds from the British taxpayer) to support the activities of the CAA and to provide his own income; the funds obtained by this fabrication and misrepresentation were consequently obtained by Mr Falter’s fraud; and Mr Falter is guilty of hypocrisy – he campaigns against anti-Semitism but he is content with its continued prevalence (even resorting to the manufacture of incidents) because his income and that of the CAA depend upon it.”

Faced with the impossible task of substantiating these libels, Mr Atzmon instead capitulated and agreed to settle the case, admitting that all of the claims were false and agreeing to pay substantial damages and costs.

The defeat is a humiliation for Mr Atzmon.

Mr Falter was represented by the solicitor Mark Lewis who instructed William Bennett as barrister. The libel proceedings brought against Mr Aztmon are part of a strategy devised by Mr Lewis which he and Campaign Against Anti-Semitism intend to use to force other anti-Semitism into either apologising in court, or paying substantial damages.

Mr Falter said: “For four years, I have led Campaign Against Anti-Semitism without earning a penny from it and at enormous personal and financial cost to myself. I am proud that we have built an organisation with great integrity to lead the fight against anti-Semitism in Britain. We are often accused by anti-Semitism of seeking to stifle criticism of Israel or of making anti-Semitic incidents up, and I am delighted that through the work of libel lawyers Mark Lewis and William Bennett I have been able to set the record straight and expose one such anti-Semitic liar for what he truly is.”