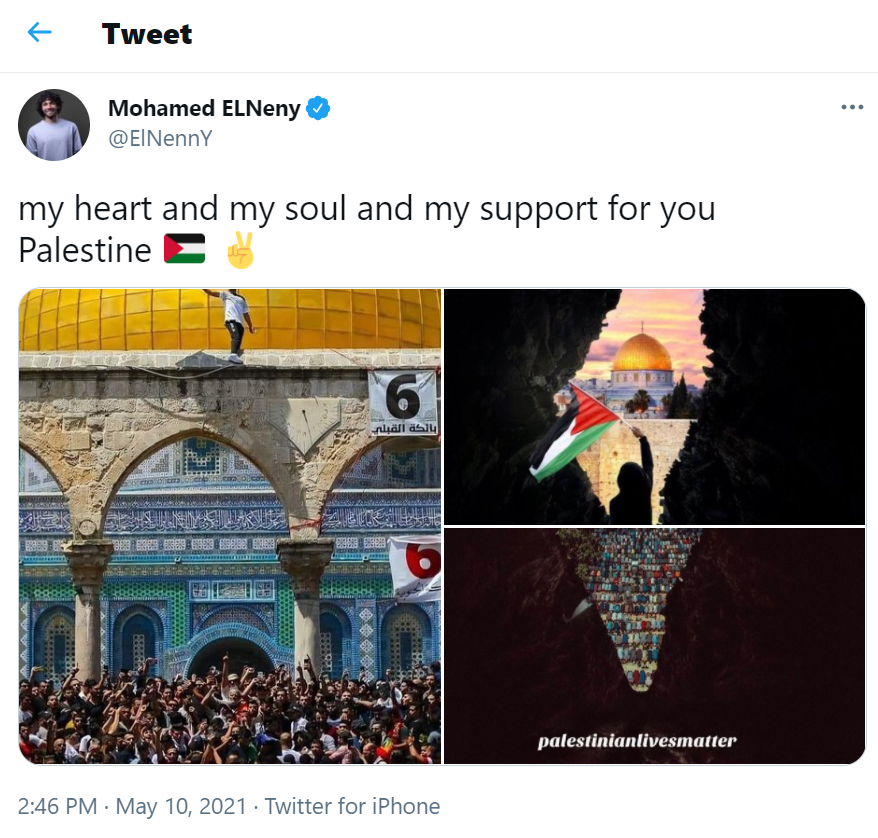 Two of the three images, showed the outline of a map of Israel on a black background, with a waving Palestinian flag and the Dome of the Rock mosque inside, hinting that Israel should be removed in its entirety.

The pictures are very similar to those seen in Palestinian school text books in the West Bank and funded by the European Union and other nations.

In response to Elneny’s tweet, Arsenal FC were contacted and asked whether they knew the club had a fairly large Jewish support base?

An Arsenal spokesperson replied, “As with any employees of Arsenal, our players are entitled to express their views on their own platforms. That said we are speaking with Mo about this so he understands the wider implications of his post.

“As a Club we are committed to confronting and eliminating all forms of discrimination and continue to champion the need for equality and diversity across all areas of life.”

Earlier this month, this writer boycotted social media for four days in solidarity with the Premiership and Football Leagues, Rugby Union and Rugby League and the Cricket Board of England and Wales, to pressure companies to do more against the growing racism, anti-Semitism and anonymous hatred online.

But 28 year-old Mohamed ELNeny, must realise that the rules of racism and anti-Semitism, apply to the footballer as well as to the fans.