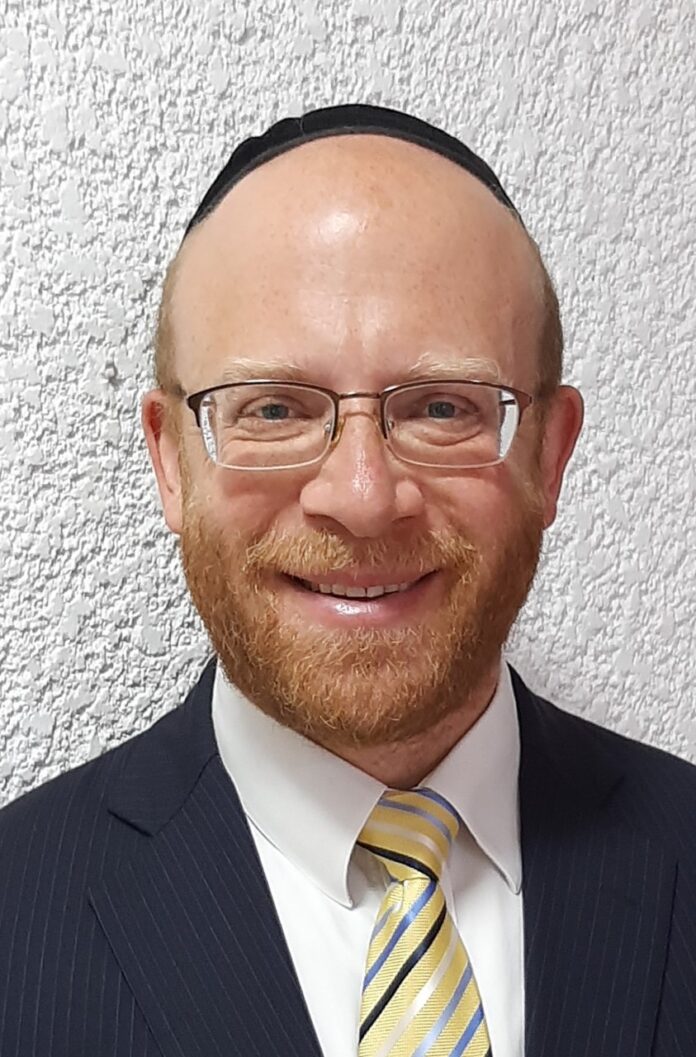 A project of My Dvar Torah, Torah Bite is your resource for a short, dynamic, and meaningful Dvar Torah to share at the Shabbos table. Originally from London, Rabbi Ben Goodman has spent 20 years in Jerusalem, teaching and inspiring students from all backgrounds and from all over the world. He is the director of My Dvar Torah, providing tailor-made Divrei Torah for all occasions. www.mydvartorah.com. He encourages feedback & ideas: ben@mydvartorah.com

“Learning that deals with the identification of the substances of which matter is composed; the investigation of their properties and the ways in which they interact, combine, and change; and the use of these processes to form new substances” is not the type of blurb you would expect to read in a Yeshiva prospectus, nor the type of education you would suppose receiving from a page of Talmud. Realistically, though, there are two types of “matter”- physical matter and spiritual matter- and while the above definition applies to the study of physical matter, it is no less relevant to the study of spiritual matter, namely, the study of Torah.

From this week’s Parsha, Reb Chaim Leib Shmuelevitz (1902-1979) derives a classical example of a “spiritual compound.” Reb Chaim questions why the Torah, in addition to instructing Moshe Rabbeinu to count the Levi’im separately from the rest of Bnei Yisroel, finds it necessary to specify three times during Bnei Yisroel’s counting that the Levi’im were not included. Consequently, Reb Chaim concludes that the exclusion of the Levi’im from Bnei Yisroel’s census must reflect a principle of paramount importance.

The Midrash explains that since, as a result of the “10 spies” fiasco, the 603,550 men included in this count were destined to die in the wilderness over the next four decades, Hashem deliberately excluded the Levi’im from the count. Although the Levi’im were innocent of any wrongdoing, had they been counted together with Bnei Yisroel, they too would have died in that harrowing decree.

Reb Chaim says that we see from this Midrash that when Hashem issues a decree on a “tzibur”- a community- that decree affects every member of the tzibur, regardless of whether each one deserves it. From the Torah’s point of view, a tzibur is not merely an assembly of individuals; rather it as a new entity – greater than the sum of all its parts – formed by its constituent elements: its congregants. Although the Levi’im did not deserve to die in the wilderness, if they had been counted with Bnei Yisroel, they would have become part of the entity of “Klal Yisroel” and suffered the overall fate of the tzibur.

On the other hand, the power of the tzibur also works to its advantage. Since the collective value of a tzibur far outweighs the value of any one of its participants, an individual, through his connection to the tzibur, opens himself up to a degree of protection and success that he never would have merited on his own. Indeed, it is for this reason that a person should always pray with a tzibur and make his requests on behalf of the tzibur.

Unfortunately, over the last year, we have witnessed first-hand the terrible effects of being caught in the net of a worldwide decree. We have lost distinguished leaders and sterling members of our communities, seemingly without rhyme or reason. Let us strengthen ourselves at this time to impress upon ourselves the power of the tzibur and renew our commitment to stand together as one in the service of Hashem.