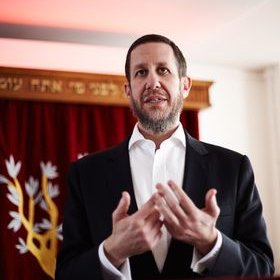 We have a daughter who has taken up drugs and gotten in with a wrong crowd. More like a rich brat pack who are a really rotten bunch and are messing her up. The biggest problem is that my husband blames me for spoiling her so much. This is not good for my marriage and I am not sure where to turn?

Aren’t we all guilty of spoiling our kids too much today? When I was a kid we always took the bus to school and back – my parents didn’t chauffer us. I didn’t have a TV in my room and my own mobile. I was encouraged to play outdoors all the time with my friends, rather than remain cooped-up in my room playing with virtual friends for hours on end. And supper was the family sitting around the dinner table together, rather than grabbing what you can from the nearest fast-food joint.
Still, this is not a time for recriminations. You were both a team in bringing your daughter into this world – you were equal partners in raising her, and as much as it is easy to shrug your shoulders and point the finger of blame – you have to remain committed as a team in order to tackle this current problem. If you don’t, and you start finger-pointing, your daughter will sense that tension and that will only exacerbate the problem which she will likely exploit. Join ranks, sit her down and rein her in. It’s not too late – it’s never too late.
Charlie Gard

I was reading a lot about the Charlie Gard story and wondered about the Jewish perspective on who has the rights to determine the life of a baby – the parents or the doctors?

Neither the parents nor the doctors have the right to determine the life and death of a newborn or anyone else for that matter; Only “He” who gives life gets to determine that. Don’t get me wrong. I think doctors are the greatest people on earth – second only to Rabbis. They save lives! But there has to be an overriding humility that governs every doctor, in awareness of the fact that they function ultimately only as G-d’s agents.
Let me remind you of Australian mother Kate Ogg who gave birth to twins 27 weeks into her pregnancy. The doctors declared one of the babies dead. Even as she later held her baby to say goodbye, and it started to move, the doctor present explained that it was merely reflex actions.
And when Kate continued to hold onto him, the “dead” child opened his eyes. That too was defined as “instinct.” When they summoned the doctor, he initially refused to come to “parents who were in denial.” When they convinced him to come anyway, the doctor was in disbelief. He got a stethoscope, listened to the baby’s chest and just kept shaking his head, muttering, “I don’t believe it, I don’t believe it.” That baby is seven years old today.
Charlie Gard is alive. Doctors don’t have the right to “protect his human rights” by denying him potentially life-saving treatment in the States. Nor do they have the right to “protect his dignity” by concerning themselves with the quality of life he will have. That’s very much in line with the thinking that endorses assisted suicide for those who have poor quality of life or are terminally ill. I would be no less critical of the parents if it was them making the same decision, but all the more perturbed that doctors and courts have a right to go against the very will of the parents.
Those who champion human-rights law as the only means to secure our democratic freedoms are fundamentally flawed. They choose to draw the lines and move the goalposts such that in our liberal world, those very rights which are meant to protect the lives of some human beings condemn others to death. Even from a secular ethical argument, the debate is about the extreme complexity of judging someone’s life to be not worth living, or the prospects of having a life worth living not worth taking. The courts have deferred to one group of doctors who are experts in the facts but they are not experts in the ethics.
Many experts agree that Charlie Gard should perhaps have been sent to undergo the treatment earlier on in his life, at a point when his illness had caused fewer problems. That in itself already reflects the misleading notion of a court decision. Even now, I maintain, for as long as there is life there is hope. That must remain the overriding and determining factor.
Fallen out of love

I have been married for nearly twenty-five years but no longer feel in love with the man I adored for so many years. I don’t know if I should be looking for divorce or if there is some ‘frum’ counseling I can go to, as we are a strictly Orthodox family.

I appreciate your need for anonymity but you will have to get in touch with me privately if you want me to point you in the right direction. Meanwhile, for my own two-cents worth, I should say that you do not suddenly wake up one morning and no longer feel in love. Problems in relationships don’t suddenly emerge. They have been developing over time and all too often couples choose to ignore the nuances or turn a blind eye to them, accepting it as the status quo. It is wrong to suggest that it is normal for a marriage to just stagnate over time. There is no reason
that the excitement cannot be maintained, even if on different or deeper levels all through married life. It is not too late for the both of you. The starting point is being open with each other and talking it out. Then pursue the professional help together.