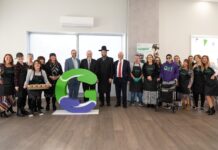 Selective filtration – Membranes developed at the Technion and Germany enable...