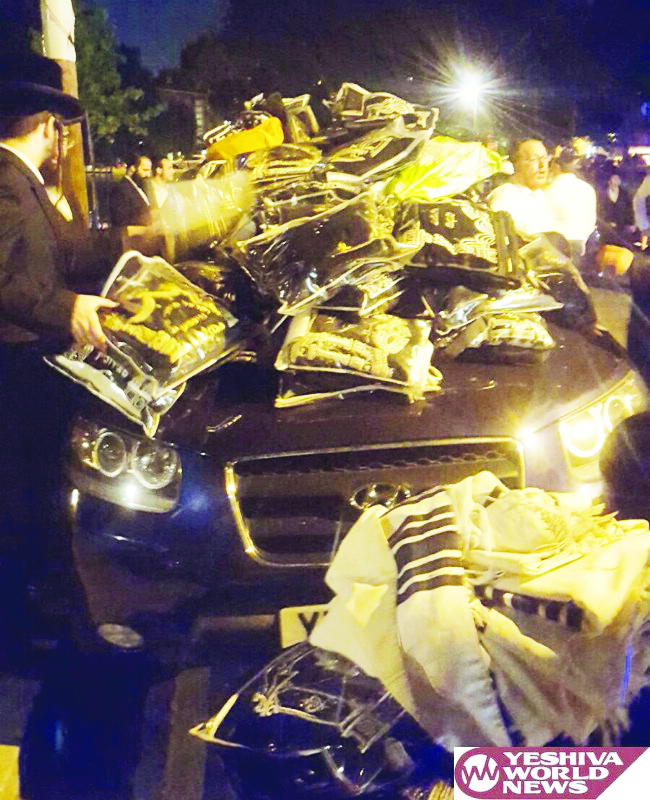 Over 80 firefighters and 15 fire engines were needed to put out a fire that broke out in the old Belz shul, that also serves as a school in Stamford Hill, after a blaze broke out around midnight on Tuesday. The fire reportedly started in the basement, with The Metropolitan Police reporting that it was believed to have been started by an

electrical fault in the boiler room.
Images from the scene showed dozens of Tallit and Tefillin bags piled on a parked car. The Torah scrolls were also safely removed from the building and were placed into nearby houses. The school was empty at the time so thankfully there were no reported injuries, and no evacuation was needed.