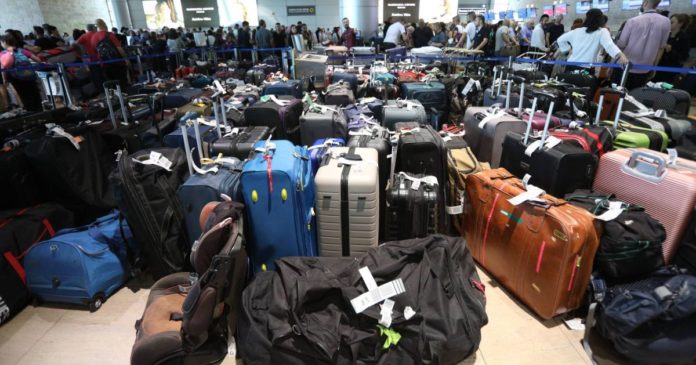 Dozens of flights from Ben Gurion Airport’s Terminal 3 were delayed when the baggage handling system broke down on Monday.

Officials confirmed delays were down to the luggage sorting system preventing loading on outgoing flights.

The issue was resolved after 10 hours but hundreds of passengers arrived at destinations without luggage or experienced disruption pre-flight in what is the height of the summer holiday season.

Among inconvenienced travellers were Israeli students on an education trip to London who were told to take important items with them on the flight.

Israel Airports Authority said in a statement, “Ben Gurion Airport is currently taking care of the malfunction in the handling system.”