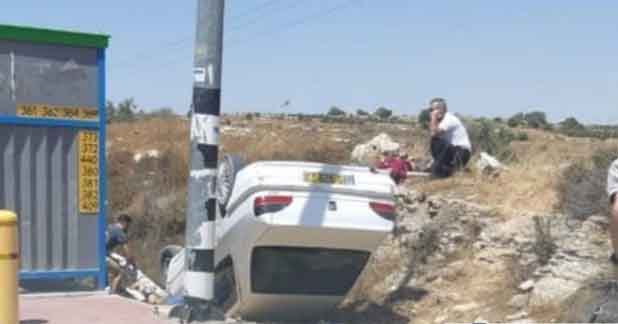 Two Israelis were injured – one critically – after a Palestinian terrorist rammed his car into a bus stop just outside the community of Elazar. The driver was shot dead by Israeli security forces.

A 17-year-old boy was seriously wounded and his sister, 19, was moderately injured.

They were rushed to Hadassah Ein Kerem Hospital and Shaare Zedek Medical Cente – both in Jerusalem.

The car overturned following the attack, and the driver began to emerge from the wreckage when he was shot and killed.