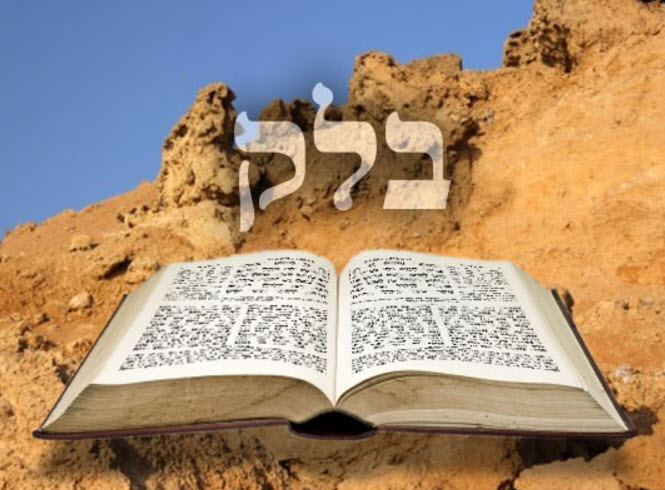 Bilam and Balak’s conspiracy to halt the Jewish advance dominates most of parshat Balak even though the story could easily have been summarized in a few brief verses. Bilam’s prophecies are included, in part, because they provide a template for Jewish history. Bilam’s statements are panoramic and address broader historical issues- particularly the Jewish impact upon human history. This parsha introduces historical patterns which will resurface throughout Jewish history.

King Balak has received accounts of Jewish military triumphs and is rightfully concerned about the potential implications for his own kingdom. Indeed, having just recently surrendered large tracts of lands in a furious battle with the triumphant Emori tribe, the Moabite empire could ill afford additional territorial losses. However, Balak’s worries about Jewish encroachment are outsized and disproportionate. He envisions the Jews as a voracious cow consuming all in its path, or as a planetary body eclipsing the eye of the earth. We are the monster of his own imagination symbolizing all his worst fears and nightmares. In reality, the Jews had solicited peace with both the Emori and Edomite kingdoms – each of whom were natural enemies. Given these pacifist overtures, there is every reason to believe that the Jews would not intimidate their own historical relatives- the Moabites. Halachikally, we are forbidden from launching aggression against Moav and, strategically, we had every reason to pursue a peaceful harmony with our soon-to-be neighbors. Yet something about the Jew elicits the worst fears in humanity and the approach of a nation wearied by a forty-year desert journey is extraordinarily alarming to Balak. Balak panics and Bilam leaps into action because of imagined fears which have no basis in reality. At a psychological level it is always convenient to project your darkest fears upon the stranger or the outsider and Jews have always been that type of ‘lightning rod”. Beyond our role as the ‘other’ we also represent G-d in this world and the challenges of religion we model are alarming and raise anxiety and discomfort.

Bilam and Balak aren’t natural allies and are only united by one common purpose- their fear and loathing of the Jews. In fact, our Chazal highlight that Bilam and Balak were lifetime adversaries who banded together to face the Jewish “stampede”. In general, hatred of the other oftentimes creates strange bedfellows and hatred of Jews is no different. Throughout history, the flaring of anti-Semitism has launched some very odd coalitions.

Throughout the first half of the 20th century Germans and Russians agreed upon very little – other than their dislike of the Jews inhabiting their contested territories. In the early part of the century Germans were capitalists while Russians were socialists sharing little but mutual animosity toward Jews. It wasn’t uncommon for Jews to be accused as Capitalists by seething Soviet Communists while simultaneously viewed as Communist revolutionaries by suspicious Germans. During WWII and its aftermath Jews once again found themselves facing hostility from both directions- facing Nazi atrocities from the West and Soviet persecution from the East.

In the contemporary era, hatred toward Jews similarly ‘unites’ vastly different factions and groupings. In the USA the Jews are despised by white supremacists who view us “coastal” big-city liberals, who endorse a globalist, hyper-aggressive platform of multiculturalism which threatens the purity of their “Aryan” country. By contrast, European based anti-Semitism derives from the far left which casts the Jews as racist colonizers advancing a ‘tribal’ and apartheid agenda which displaces the natural rights of victimized and indigenous peoples. These two factions share absolutely nothing in common and actually detest each other. They are only united in hostility toward G-d’s nation.  Sadly, across much of the Islamic world we are witness to a similar phenomenon, where Shiites and Sunnis who are locked in a 1400-year old battle, both stand ardently opposed to the State of Israel.

As these ad-hoc alignments are based on common hatred and little else, they barely last. At no particular moment do we sense an authentic bond between Bilam and Balak and this marriage of hatred frays under the pressure of deviant interests and discrepant agendas. Even Bilam’s relationship with his trusted donkey unravels under the pressure of his venomous agenda. This deterioration symbolizes the unfurling of relationships under the toxic influence of malice and hatred.

As this saga concludes, Bilam and Balak are almost in outright confrontation. Balak’s attempts to banish Bilam and prevent additional damaging statements are futile; to Balak’s chagrin, Bilam provides one final vision of human history foretelling the quick demise of Balak’s kingdom. The parsha begins with an alliance bent on eliminating the Jews and concludes amidst a junkyard of deviant interests and subverted schemes.

Of course, this conspiracy isn’t only torpedoed by disharmony but by self-indulgence and arrogance. Bilam is the linchpin of this plan but he is driven by greed and blinded by his Narcissism. He may be prophetically gifted, and he may possess the power of speech, however he is poisoned by greed, crippled by overconfidence and resentful of a nation whose moral conduct highlights his own putrefying immoral behavior. He doesn’t serve the historical bidding of Balak or any other noble ideal but is immersed in his own glory and dedicated to defending his own narrative as the “knower of Divine truths”.  Our enemies are often distracted and deterred by their own corruption, self-interest and egotism. Just ask Haman how his plans were wrecked as he couldn’t get “out of his own way”.

Theoretically, Bilam’s barking curses shouldn’t concern us; the Jews should be immune to these verbal assaults launched from distant desert hilltops. Yet the parsha demonstrates how sometimes our curses are actually converted into blessings. In the modern state of Israel, we have repeatedly witnessed the conversion of national limitations or barriers into historical opportunities. Saddled with an arid environment, our state was forced to develop advanced irrigation and water preservation techniques. Israel is now exporting these technologies across the globe and assisting modern man in his struggle to provide ample water supply for an exploding and urbanizing population. Similarly, our military struggles have forced to us to develop advanced military capabilities which has serviced a modern world struggling with violence which is no longer limited to conventional battlefields. Additionally, many of these inventions- adopted out of dire need- have created ‘spinoffs’ which have catapulted the state of Israel into a global technological leader.  Parshat Balak creates a template for transforming curses into blessings!