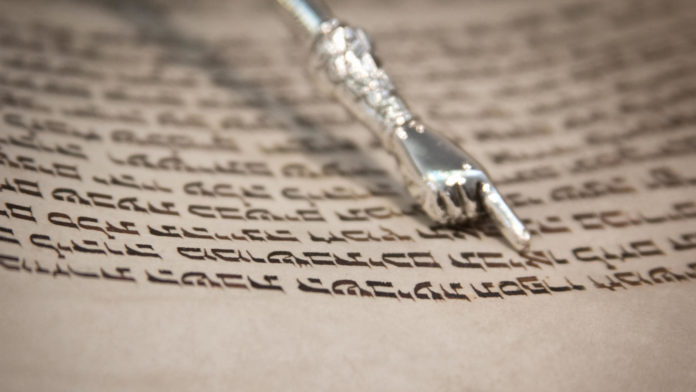 MAY JACOB CRITICIZE THE TENTS OF OTHERS?

What nachat we derive when a non-Jew pays us a similar compliment. We are ecstatic to be told how much we have given to civilisation, that our ethics are the basis of western society and Jewish family life is an example to the rest of mankind.

But what happens when the boot is on the other foot and we see things around us that cannot in all conscience be condoned?

We do; politeness, good manners, courtesy and respect for others are axiomatic in Judaism. But when we need to criticise, we have no right to remain silent.

We can criticise nicely, but we have to say what needs to be said. A rule of the Torah is “hoche’ach tochi’ach et amitecha” – “You must surely rebuke your fellow” (Lev. 19:17).

Not only Judaism but every Bible-based religion has this ethical imperative.

De Tocqueville said that religion was “the first of American political institutions”. True, there was an official American separation of church and state. But there was a consensus that instead of religion being supported by the state, the state was supported by religion: a feeling that American democracy was built on the social principles of religious faith. Like the currency notes, American society was constructed on the principle of “In God We Trust”.

The American way was a good way because deep down it was a religious way. Slavery and rampant capitalism stood for doctrines that ought to have been anathema to believers, but both flourished because believers preferred to see only the social consensus that was trumpeted as based on the Bible.

Other countries are not necessarily so committed to religious support for the state, but wherever one lives there is a crying need for religious faith to say two things – “Lo zu ha-derech”: “This is not the way” and “Zeh d’var HaShem”: “This is the word of the Lord”.

It must be done politely, but when human dignity and moral decency are at stake, we have no right to remain silent.

If our faith means anything to us, we ourselves must live by it – and we have to make its moral prescriptions known as widely as we can.

In America, certainly; in Australia, and indeed everywhere. Not least in Israel, where religion constantly tends to make a noise about the wrong things.

What majesty and eloquence there is in Bilam’s words: “Mah tovu ohalecha Yaakov”, “How goodly are your tents, O Jacob: your dwelling-places, O Israel” (Num. 24:5).

We take this as the ultimate compliment to the Jewish people. We recite it on entering the synagogue. The composers vie with each other to express it musically. It gives us nachat and inspiration.

The strange fact is that Bilam never meant to utter these words at all. He intended to curse Israel, not to bless them.

Nobody was as surprised as Bilam himself when the curse turned to blessing in his mouth. Balak, king of Moab, who had hired Bilam, was disgusted and angry.

The sages were not of one mind in deciding how to regard Bilam. One view saw him as “Bilam HaRasha”, “Bilam the Wicked”; according to another, “There never arose philosophers amongst the nations like Bilam and Oenomaus of Gedera”.

Both hit upon the secrets of the Jew. Their intentions may have been malevolent, but they saw the truth. Bilam recognised two pillars of Judaism – the tent and dwelling-place, i.e. the home and synagogue. Oenomaus added “the school children chirping with their voices”.

We can learn from both when it comes to charting a Jewish destiny. Over and above everything else in a Jewish community, the truly crucial elements are homes, synagogues and schools. If they are strong and effective, nothing can stand in the way of Jewish future.