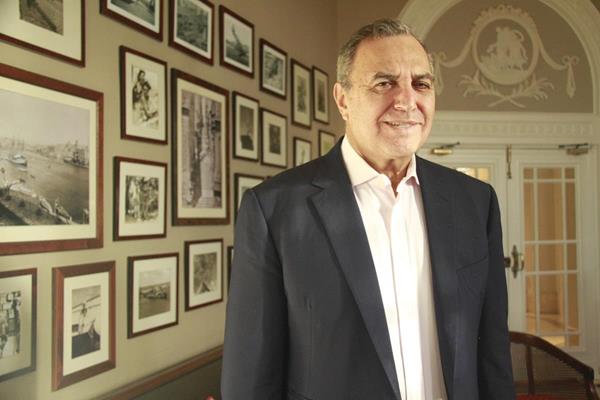 French bank BNP Paribas, its Chairman Jean Lemierre, CEO Jean Laurent Bonnafé and the bank’s legal representative Valérie Lafarge-Sarkozy are the subjects of a lawsuit filed by Jacob Agam and Vertical Group Holding Ltd in Malta on 1st March 2019 with a claim for damages estimated to reach €1 billion. The bank and the other Respondents are specifically accused in the Claim filed, of having conducted an alleged smear campaign against the plaintiffs Jacob Agam and his company Vertical Group, violating amongst others, statutory banking and defamation laws. The bank and other Respondents are accused of spreading damaging statements to the world’s media, falsely claiming in 2017 that the Plaintiffs “wriggled out” of financial obligations, which, according to the claim, never occurred. The bank’s alleged smear campaign, it is claimed, has destroyed the Plaintiffs’ pending transactions, professional reputation and credit standing, resulting in severe loss of business and the termination of transactions causing direct losses and damages estimated to reach €1 billion.

The bank’s actions, the Plaintiffs claim, were a part of a long-running dispute between the parties after Mr Agam persistently challenged the bank over its admission of and criminal conviction for its alleged antisemitic stance, as well as having conducted financial transactions with terrorist organisations acting against the State of Israel. The Plaintiffs are the Malta-based Vertical Group Holding Limited and its chairman and founder Jacob Agam, with whom BNP Paribas still maintains a client relationship, with all the banking responsibilities attached. According to the claim, the Plaintiffs have honoured all of their obligations as clients of the bank.

According to the claim filed, in 2014, following Mr Agam’s challenges regarding its antisemitic actions and financial transactions with terrorist organisations, and with the subsequent support of European and Israeli parliamentarians, as well as having highlighted the bank’s $40 million settlement with a former employee who was subjected to viewing imagery of Hitler in a positive context as part of an internal training video produced by the bank’s management in Europe, the bank responded with the abrupt termination of his companies’ investment facilities. The claim states that despite the bank’s apparent breaches, those facilities were fully honoured and paid by the Plaintiffs, with the bank’s acknowledgement.

The claim states that the bank’s representative, Ms Lafarge-Sarkozy, then sought to seize Mr Agam’s and his sister’s properties, stating in front of several witnesses during an open court hearing in late 2016 that she regards Jews as “ces gens-là”, or “these people”, a highly derogatory antisemitic phrase in the French language, which, according to her, defines Jewish people as “parasites lounging around in luxurious estates living at the expense of the bank and a part of an international financial world”, echoing a dark chapter in history.

According to the lawsuit filed, Mr Agam claims that when he continued his challenge of the bank’s antisemitic actions, the bank unexpectedly chose, in late 2016, to engage a Jewish lawyer Jean Veil, from a known family of Holocaust survivors, who was instructed to solicit a written apology from Mr Agam for having challenged the bank over its pattern of antisemitic behaviour as a condition of reaching a settlement, or else the bank would exercise its power against him.

The bank’s CEO and Chairman, despite their knowledge of the case and multiple requests for their respective intervention, failed to act to, either condemn or prevent the alleged destructive smear campaign against the Plaintiffs and their respective assets and businesses, which led to a direct loss and damages estimated to reach €1 billion or more.

Jacob Agam commented: “As demonstrated in the past, the Respondents failed to see themselves accountable to the rule of law. The bank’s management must not and cannot hide behind its corporate veil to solicit and/or to condone all forms of racism. With its current misconduct, I fear a repeat of the bank’s past admissions, reaching new heights. I trust all relevant stakeholders, in particular the bank’s shareholders, will intervene to put a stop to the repeated misconducts by the bank and its management, which have been committed at the expense of the bank’s shareholders and clients.”

Dr. Pio M. Valletta of Maltese law firm Farrugia, Gatt & Falzon, who filed the lawsuit on behalf of Mr Agam and his company Vertical Group Holding Limited, commented: “BNP Paribas has long been accused of a systematic pattern of antisemitism. In my long professional career, the behaviour of BNP Paribas against my client Mr. Jacob Agam, his family and his assets including Vertical Group Holding Limited, stands out as amongst the most destructive behaviour by a bank against its clients, with ample evidences to be presented to the court as to the bank’s racial motives.”