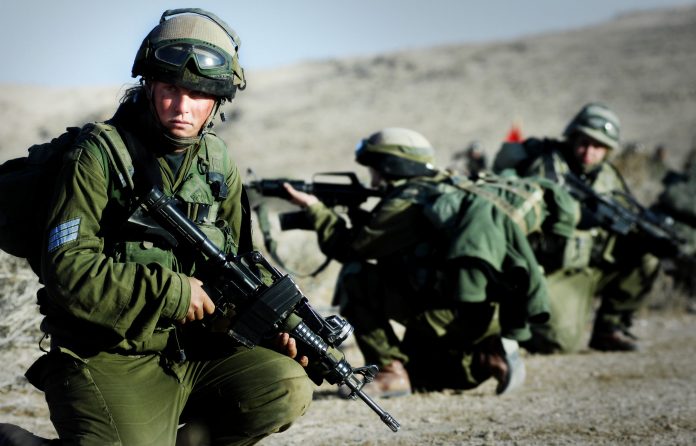 An IDF officer was seriously wounded when three Palestinian terrorists drove a car into a group of Israeli troops near Ramallah in the West Bank incident on Monday.

A third Palestinian in the car was wounded and taken into custody.

Molotov cocktails were found in the vehicle, which IDF believe the Palestinians hurled at a security checkpoint near Route 443 prior to the attack.

The Palestinian Health Ministry identified 20-year-olds Amir Daraj and Yusuf Anqawi, who lived in a village near Ramallah, as the deceased.

Prime Minister Benjamin Netanyahu has ordered the demolition of the attackers’ homes.

“IDF soldiers acted quickly and eliminated the terrorists who threatened to run them over,” he said. “We send our best wishes for a quick recovery to the officer who was wounded and will do everything to speed up the demolition of the homes of these murderers.”

According to initial reports, troops stopped the vehicle at the roadside to help a group of IDF soldiers whose car had broken down when they were hit by the Palestinians.

Dr Yoram Klein, head of the hospital’s trauma center, said the condition of a border officer was “serious but stable after an initial evaluation, stabilisation and surgery.”

“His life is not in danger and I hope he will recover without complications, he’s suffering from wounds to his limbs and head,” said Dr Klein.

“The death of the two martyrs near Ramallah proves that the Palestinian people are continuing their fight against the occupier until our land is liberated,” they noted in a statement.