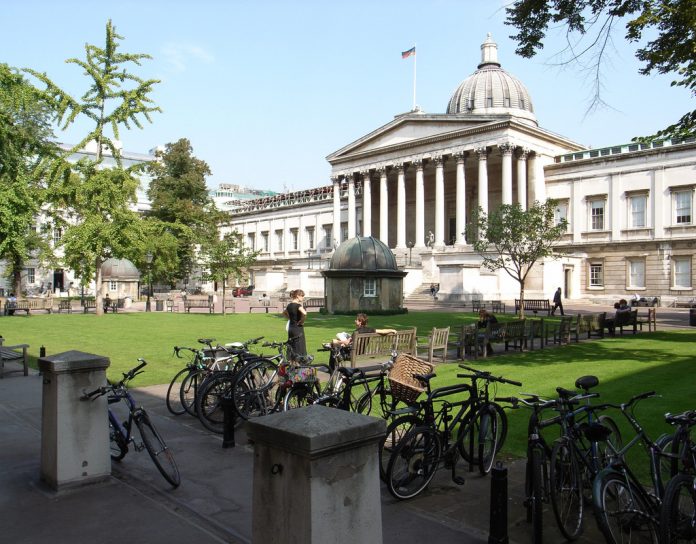 The Board of Deputies has slammed University College London for sanctioning a meeting featuring pro-Palestinian speakers Azzam Tamimi and Miko Peled.
Both speakers were given a platform where they expressed anti-Zionist and anti-Semitic views, which have been widely reported.
Tamimi is known for expressing support for Hamas, Hezbollah and Islamic Jihad while Israeli-born Peled expresses anti-Semitic views.
Peled reportedly described Israel as “a racist, apartheid regime, engaged in ethnic cleansing and genocide” whilst Tamimo reportedly said universities did not invite him to events due to the pro-Israel lobby and described Israel as a “racist ideology”.
The talk, Segregated and Unequal: Palestinian Life under Apartheid Israel, took place under intense security and ID checks.
StandWithUs UK social coordinator Amber Pinto was present at the talk.
Pinto commented on social media, “The speakers voiced anti-Zionist and anti-Semitic comments, with Peled claiming that this would be an uncomfortable space for anyone looking to discuss or even talk about different views on Israel.
“The event was a gross injustice to students – being advertised as a student-only space yet the room was filled with adults, there was no presentation of information or facts and the event gave a one-sided racist view as was to be expected.”
The Board has labelled the addresses “a hate speech” and in clear contravention of UCL’s own rules.
Jonathan Arkush, Board of Deputies’ President, expressed the Jewish community’s “dismay and anger” over the event at the university last Friday night in a strongly worded letter to Professor Michael Arthur, the Provost of UCL.
Mr Arkush was scheduled to speak to Professor Arthur yesterday after the Provost returns from China.
“I will be telling him that the Board of Deputies has very serious concerns which I intend to pursue with determination,” he said.
“I am simply unable to fathom out how UCL could have acted with such a lack of wisdom and common-sense in allowing this meeting, despite concerns put to them by their own students, academics and UJS.
“It is even more surprising that UCL appears to have no concerns about the further reputational damage it is suffering after the totally unacceptable violence and hostility exhibited to Jewish students on its campus just a year ago.”