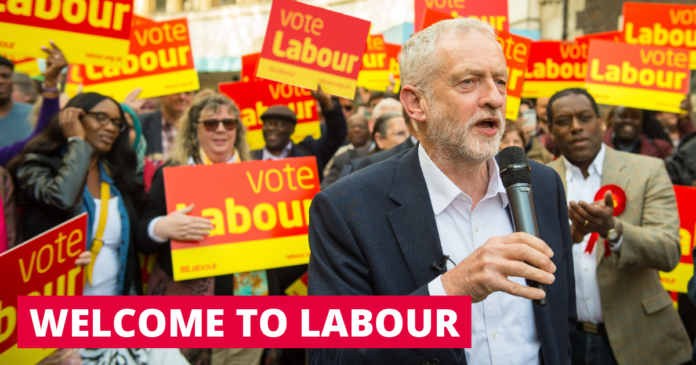 The Equality and Human Rights Commission has launched a full statutory investigation into antisemitism in the Labour Party following a formal referral and detailed legal representations from Campaign Against Antisemitism, which is the complainant.

The Commission’s investigation will evaluate the Labour Party’s handling of the many acts of antisemitic discrimination and victimisation detailed in the dossiers that Campaign Against Antisemitism has provided in a number of submissions since July 2018.

The Commission, which was created by a Labour government in 2006, is vested with tough powers designed to force organisations to comply with equality and human rights laws.

The decision to launch a statutory investigation under section 20 of the Equality Act 2006 unlocks the Commission’s full range of enforcement powers, allowing it to compel the Labour Party to reveal details of its handling of antisemitism in recent years, including internal communications such as text messages and e-mails. The Commission can also seek court injunctions against the Labour Party to prevent further antisemitic discrimination, harassment and victimisation, and it can also impose an action plan on the Party and enforce compliance through the courts.

The Commission has made the move following a pre-enforcement engagement process with the Labour Party that left it convinced that the Party could not be trusted to resolve its antisemitism problem on its own.  During the pre-enforcement engagement process, numerous senior Labour figures called for the Commission to investigate, including Deputy Labour Leader Tom Watson, Shadow Foreign Secretary Emily Thornberry and former Justice Secretary Lord Falconer.

Gideon Falter, Chief Executive of Campaign Against Antisemitism, said: “There are only two reasons that the Commission has taken this extraordinary step. The first is that the Labour Party has repeatedly failed to address its own antisemitism problem. The second is that when the Commission approached the Labour leadership, they still failed to offer to action sufficient to reassure the Commission that the antisemitic discrimination and victimisation would stop.

“Jeremy Corbyn, Jennie Formby and Labour’s National Executive Committee have refused to listen to British Jews nor even to the MPs, MEPs, councillors and activists who have quit Labour because the Party which for decades was a great anti-racist Party has now become a home for hatred in British politics. In just four chilling years, Jeremy Corbyn has turned the Party which pioneered anti-racism into the Party that now finds itself in the company of the BNP, being investigated by the very equality and human rights regulator it once fought so hard to establish. Over the course of his leadership we have seen enough to convince us that Jeremy Corbyn himself is an antisemite and unfit for any public office and though few have acted, most Labour MPs seem to agree with us.

“We are pleased that the Commission’s terms of reference closely follow our recommendations and will see a root and branch investigation of the Labour Party’s antisemitic discrimination, victimisation and harassment, as well as how the Party’s processes and decisions contributed. We commend the Commission for acting on our referral and we have full confidence in its resolve to investigate thoroughly and deliver justice.”

A spokesperson for the Commission said: “The Equality and Human Rights Commission (EHRC) is today launching a formal investigation to determine whether The Labour Party has unlawfully discriminated against, harassed or victimised people because they are Jewish. The EHRC is pleased that The Labour Party has committed to co-operate fully with its investigation…The EHRC has carefully considered the response it has received from the Party and has now opened a formal investigation under section 20 of the Equality Act 2006 to further examine the concerns. The investigation will seek to determine whether unlawful acts have been committed by the Party and/or its employees and/or its agents; and whether the Party has responded to complaints of unlawful acts in a lawful, efficient and effective manner.”