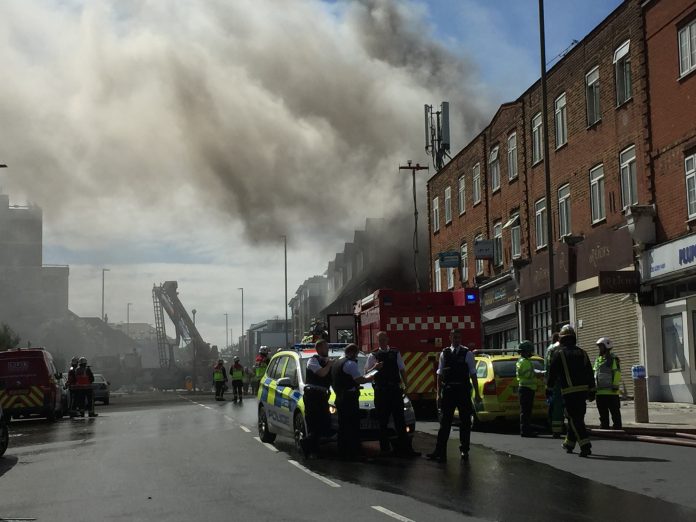 A fire broke out at the back of Kay’s Kosher grocery store on Golders Green Road early Sunday morning which quickly spread to the flats above while people were sleeping. A customer who saw smoke at just after 7am alerted the paper shop next door and within five A dog named Daisy raised the alarm last Sunday morning on Golders Green Road and probably saved the lives of at least two people. But sadly Daisy, a cross between a poodle and a cavalier, was overwhelmed with smoke inhalation and died in the flat.
Events unfolded quickly when smoke was spotted by a passerby who entered the newspaper store next door to Kay’s kosher grocery store after 7 a.m. Within a few minutes fire services arrived as families in flats above were hanging their children out of windows, screaming for help.
Alex Gibson and his pregnant wife Charlotte had been woken earlier by Daisy, who had been barking intensely. The flat above Kays was filled with black smoke as panic set in and the dog continued to bark. Mr Gibson smashed a window just before fire engines arrived but then saw they were able to get out through the rear stairs. In the confusion the dog ran back into the flat and hid behind some furniture.
At that point a fireman raced up a ladder to take toddlers to safety from the window, but he himself was eventually overcome with smoke as he was not wearing a mask and became one of the casualties taken to hospital.
Screams were heard from other flats close by as the black smoke thickened, and Alex was unable to return to locate his mother’s dog.
Sandra Carney from Bell Lane in Hendon told The Jewish Weekly how her son and daughter-in-law asked their mother if her dog could stay over with them that night. “In the end, it was Daisy that saved their lives because she woke them up by barking.”
Mrs Carney added, “If it wasn’t for her I could have been burying my son and his pregnant wife – she saved my children’s lives.” She said that she was so thankful the dog stayed over that night.
However Sandra also spoke about her sadness about how their 3-year-old dog, who was like a member of the family, had died. “The firemen found her lifeless body and it was so sad.”
Alex and his wife were placed in the flat by the council for two months whilst a more permanent home could be found, “but they lost everything except the night clothes they were wearing at the time.”
A GoFundMe online page was set up, and Sandra Carney said that she was overwhelmed with people who keep bringing so many items around to her house in Hendon. “I am so grateful to the Jewish community who have brought so many items – clothes, even clothes for the unborn baby not due until November – please say thank you to them from me.”
As the couple were taken to hospital more fire engines arrived on the scene. Flames were billowing out from the back of the store, and a house that was used as their storeroom was almost completely engulfed by fire.
Golders Green Road and all its side streets from the North Circular Road to Highfield Avenue were completely shut down to vehicles and pedestrians as the fire raged for more than 10 hours. At one time there were 32 fire trucks seen at the scene, along with 14 ambulances, Hatzalah volunteers, a helicopter above and other emergency vehicles.
In a token of community spirit, the store “Slice Pizza” further up on Golders Green Road gave out free pizza to the emergency services personnel, some of whom had been there for more than eight hours. A lady from a house close to the North Circular made tea and coffee and walked out with a tray to hand them out.
The owners of the Kays were on the scene for several hours, liaising with police and fire officials, but did not wish to be quoted.
Those who lived in the flats above the Kays store, which has four shop fronts, were mostly students, young people and an elderly disabled person, all of whom lost much of their property. 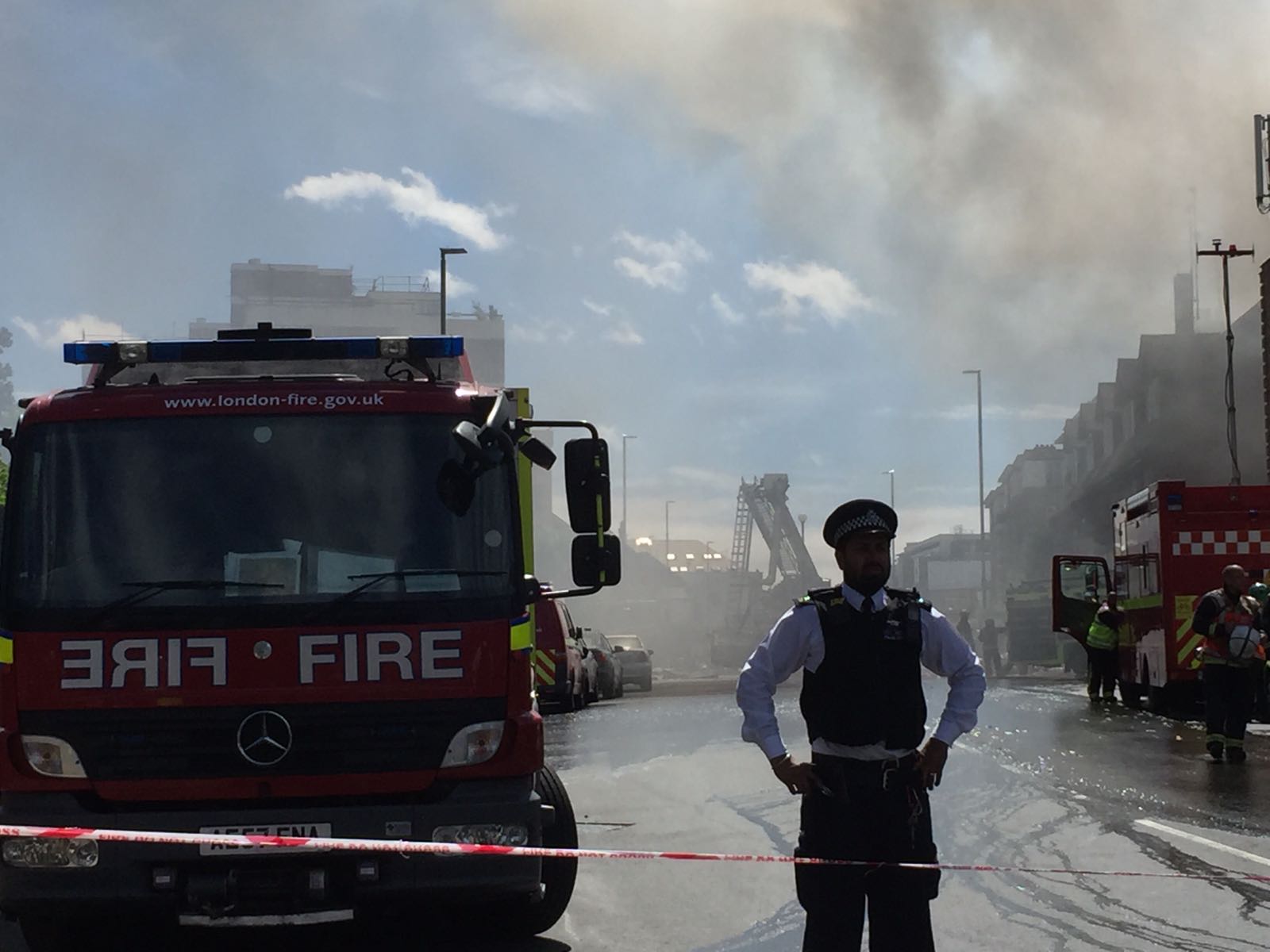