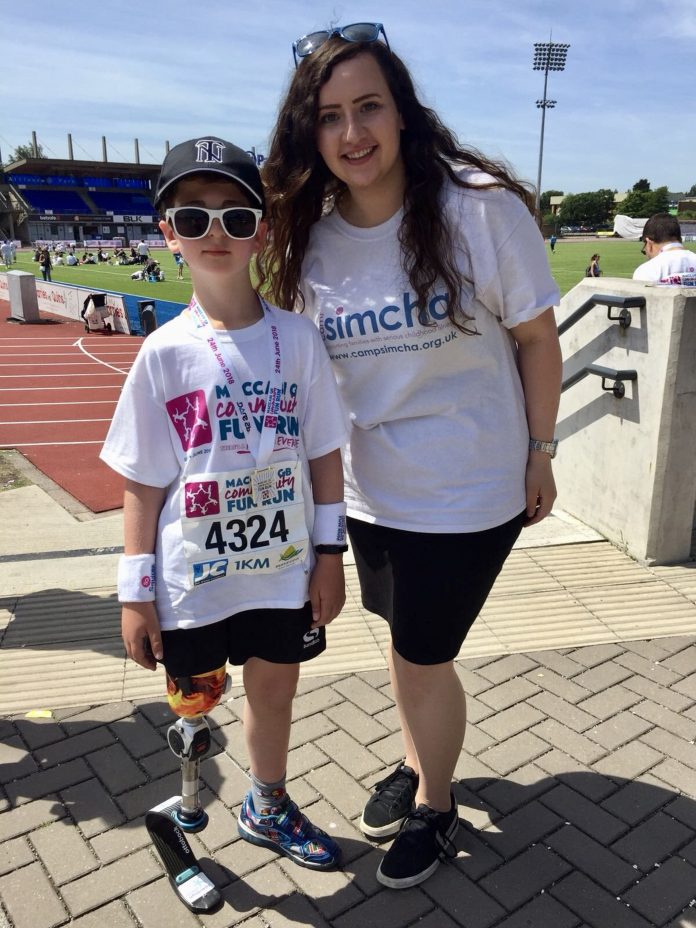 Among them was 10-year-old ‘Baby Bladerunner’ Rio Woolf, who chose to the run for the charity after being inspired by fellow Camp Simcha fundraiser Lucy Ronson Allalouf who he met at a community awards events in which they were both finalists.

Rio was born with a rare bone deficiency in his right leg which was amputated when he was one, but the sports fan hopes to represent Team GB in the Paralympics in the future, just like his hero Johnny Peacock.

Lucy was born with a rare brain tumour and survived her first brain surgery aged 14 months. A relapse left her with further endocrine damage, and she requires daily medications and injections and regular hospital visits. Notwithstanding these difficulties, Lucy paints canvases to fundraise for Camp Simcha.

Rio says he was so touched by what she does that he wanted to run for her charity.

Among the other Camp Simcha runners were eight-year-old Gavriel Tamman (pictured) who with his brother Avishai raised £1,200 in the 5K and Jonah Stanton, 12, (pictured) who raised over £1,000 running the 10K.