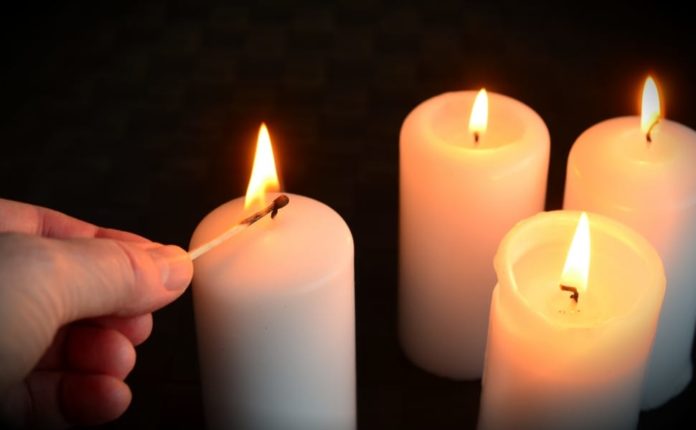 Q. Is cannibalism kosher? There was an incident in 1972 when survivors of a plane crash in the Andes ate the flesh of dead fellow travellers.

A. The Torah makes it clear that the only meat permitted for human consumption is that of specified types of animals and birds if they have been killed and prepared in a set way.

But in dire emergency, when one’s own survival is at stake, would we be allowed to eat human flesh?

The whole notion is morally repugnant. Secondly, the human body is not the property either of its “owner” or of anyone else; there is a well-known principle, “the body is the property of the Holy One, Blessed be He”.

No-one has the right to mutilate or desecrate a body or dispose of it in any other way than regular, respectful burial. One may not derive any benefit (“hana’ah”) from a dead body.

Though certain types of transplants are permitted in order to save life, e.g. transferring the cornea from a dead body to a living person, this is not regarded as a desecration because it is giving new life.

It may be that eating part of another person’s body might supply sufficient nourishment to keep the living person going. But even presuming that the body is already dead and one has not committed murder in order to acquire it, it is highly doubtful whether “pikku’ach nefesh” (“emergency to life or health”) can be invoked to justify eating it.

Rabbi Ephraim Oshry states in his 5-volume Holocaust responsa work, “MiMa’amakim” (“Out of the Depths”) that in theory there could be a case for eating the flesh of a corpse for survival, but he had never heard of Jewish cannibalism despite the hunger, privation and suffering of the concentration camps.

He observes, “The Jewish people never descended from their level of sanctity; they never ate human flesh” (“Responsa from the Holocaust”, an English abridgement, 2001, p.222).

Q. Why are candles lit on the eve of Shabbat?

A. Perhaps originally as a protest against the ancient, movable Babylonian Sabbath which was regarded as an unlucky and gloomy day.

In contrast to this, it was customary in Jewish homes that the final preparation for the Sabbath was the light.

To emphasise that the home should be bright on Shabbat, it was ordained that the kindling of the lights should be a religious ceremony and a b’rachah should be said.

The lights were also interpreted by some as commemorating the weekly refilling and rekindling the Menorah in the Temple.

Today of course the candles usher in and symbolise the joyous delight and cheerful serenity that prevades Shabbat.

Q. With Jewish communities in a state of flux, isn’t it time for Judaism to become a missionising religion?

A. There is hardly a week when rabbis are not invited to offer the message of Judaism – in the media, on university campuses, to audiences of all kinds.

Not that the people who ask about Judaism necessarily have conversion in mind, though some do. It is simply that there is a fascination, a mystique about Judaism; and if a person is Christian, he recognises that he cannot understand Christianity without acknowledging Jesus’s Jewish milieu.

Most Jews are happy to have an opportunity of presenting a positive picture of Jews and Judaism – a welcome contrast to all the centuries of the teaching of contempt.

Sometimes, though, as we explain our heritage to the outsider, we wonder how anyone can possibly manage to live without being Jewish. Living all your life without a Jewish Friday night, a Seder, a sukkah, Kol Nidrei, or Ne’ilah, Purim or Chanukah or Tishah B’Av – it is almost inconceivable!

And a further question: how can the world find anchorage and meaning without the Jewish idea – either transmitted in altered form through the daughter religions, or in its authentic fullness as faithfully preserved in Judaism?

There are those who say that it is time for a Jewish mission to the world. Certainly, increased numbers would be good for us; Jews are demographically an endangered species. But the idea of Jewish missionising evokes mixed reactions.

“Missionary activity isn’t Jewish!”… Yet it used to be, and could be again.

“A convert will never be really Jewish”… But Jewish identity grows on you.

“They’ll dilute Judaism!”… But surely it’s born Jews who do the diluting.

“So far we have managed without big numbers!”… But a culture needs a basic critical mass to survive.

“What we should be doing is working on the Jews we have!”… True, but one task does not rule out the other.

“You’ll encourage mixed marriages!”… I am not so sure. By making more Jews who believe in Judaism, we will make more Jewish marriages.

“People will still get to heaven without being Jewish!”… But I am more concerned with their well-being in this world: the next world will look after itself.

“Why wish Jewishness upon them? Why punish them?”… True, being Jewish is hard – but it’s good, too!

The big problem in a Jewish mission is less conceptual than practical. Any form of missionising smacks of spiritual bullying. And in any case, how would we implement, administer and monitor the conversion of largish numbers?

The fact is, though, that Judaism is too good not to be shared. Should we deny the opportunity to those who can cope with the full commitment of conversion to Judaism and its concepts and commandments?

Not everyone who finds meaning in the Jewish message needs to become officially Jewish. At the very least, we should be entering the marketplace of ideas more energetically, making the Jewish idea more accessible, allowing it to filter through society and contribute, even indirectly, to the redemption of mankind.