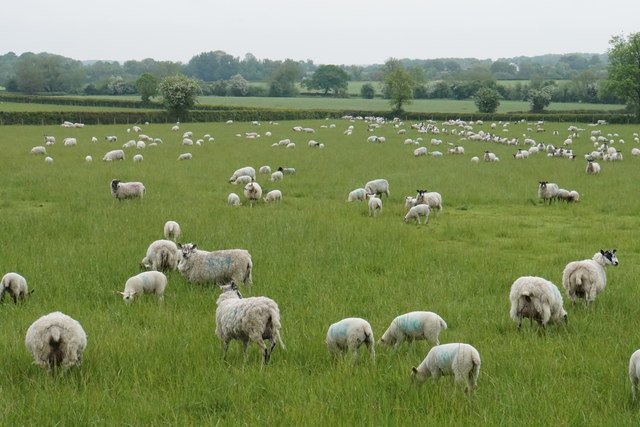 Prior to fleeing his murderous brother, Ya’akov’s life was peaceful and serene. He reveled in the “tents” of study exploring God’s word and pondering the deeper meaning of life. However, life had other plans in store for this quiet scholar. Hurriedly traveling to his mother’s homeland, Ya’akov is quickly put to work by his future father in law. Constantly tussling with his swindling father in law, he successfully shepherds flocks of sheep for upwards of twenty years. Despite his father in laws dishonesty, Yaakov displays integrity and decency. In the section of his sefer “Yad Chazakah” which details the laws of labor and the workplace (Hilchot Sechirut), the Rambam presents Ya’akov as the paradigm of honesty and fairness in the workplace. Though constantly manipulated by his employer, Ya’akov remains honorable and principled. Given the fact that in the modern economy we spend half our day in the workplace, it is critical to extend our religious values to that realm. If we experience our Judaism solely in our homes, shuls and study halls, we are living a shrunken or contracted religious experience.

In addition to integrity, Ya’akov displays an extraordinary work ethic. After toiling seven long years to wed to marry Le’ah, he doesn’t miss a beat and works another seven to wed Rachel. Toward the end of this entire twenty-year saga he defends his work record against Lavan’s false accusations: “I worked through both sweltering heat and freezing cold; I labored through fatigue and sleeplessness.” Ya’akov doesn’t just model honesty in the workplace; he also typifies the value of a work ethic.

Developing a healthy work ethic is pivotal for character improvement. Man was placed in Eden and tasked with working and preserving this world- “l’ovdah u’leshamrah”. Even under the ideal conditions which existed before his great sin, Man was expected to work. Without question, after the sin the conditions of labor became more antagonistic and harsh- as a punishment for that disobedience. At its essence though, work isn’t a punishment as much as a foundational element of human identity.

A work ethic is central to moral identity for several reasons. Firstly, because the alternative – laziness and idleness is morally perilous. Chazal were quite aware of the dangers of inactivity or languor. The Mishnah in Ketuvot (59) excuses a married woman from domestic chores based on the number of servants the family possesses. As the family acquires more servants her domestic workload decreases. However, even an exorbitantly wealthy woman, with unlimited resources, isn’t fully acquitted from basic domestic chores. That condition would yield aimlessness and transgression. Parallel statements in Chazal underscore the danger of indolence for men.

In a scathing critique, Rav Tzadok Hacohen – the great 19th century Polish Hassidic Rebbe- traced the moral dysfunction of the generation of the flood to their excessive amount of leisure time. Their world was abundantly fertile and one year’s labor produced harvest to last forty years. Laden with leisure time but without the wisdom to productively utilize this resource, they tumbled into a moral abyss. The question of leisure time is certainly one which haunts modern Man, as technology has alleviated us from much of work-load which our ancestors bore. It is obvious that society hasn’t properly exploited this leisure time in a constructive or beneficial fashion.

However, a healthy work ethic is vital not only because it protects a person from the dangers of indolence and idleness. Hard work and successful completion of tasks ennobles human character and develops several vital qualities. Firstly, it steers us away from personal interest and selfishness toward selflessness and generosity. Ideally, our hard work assists others while our leisure is self-serving. Hard work can often develop generous spirit and self- sacrifice. Secondly, work – at almost every level- demands some degree of creativity. Even manual labor calls upon Man’s innate desire and ability to create something new. Our creative capacity is a Divine gift and when that creativity is squandered God’s gift is wasted. Additionally, work allows us to taste self-sufficiency – a profoundly satisfying experience. The gemara in Bava Metzia (38) highlights the obvious: everyone prefers benefits personally earned over gifts which are freely lavished without any personal effort. We prefer the product of ou own handiwork even if those benefits are more modest than the potential gifts of others. The ability to be self-sufficient and to successfully perform and complete tasks provides self-esteem and personal confidence. Finally, hard work allows us to “produce” rather than ‘devour’. The modern world of bounty has redefined humans as “consumers”. Our economy is calibrated based upon the “consumer” price index while the market gyrates based on “consumer” confidence levels. Human beings aren’t meant to be “consumers” but rather “producers”. The bizarre cultural frenzy surrounding “Black Friday” showcases the dangers of unbridled consumerism. Of course, to successfully produce we must also consume but production, and not consumption should form the heart of our identity. Work assures that we view ourselves primarily as producers and not consumers. In addition to avoiding the dangers of idleness work refines and perfects numerous qualities of human experience.

Finally, hard work reinforces a “pact” between God and Man. Infinite and perfect, God could easily have created a perfect world without defect and without dependence upon human participation. However, He intentionally left his world imperfect, inviting human efforts to complement Divine creation. God invites us to become His partner and through our hard work we fortify that partnership. Perhaps no venture better underscored this desired partnership than the mishkan project. You would think that a building so holy should be crafted in Heaven and delivered supernaturally to the Jewish people. Yet the presence of God could only dwell amongst humans as a product of a human effort and the partnership between man and his Creator. Working hard clinches our role as human complements to an intentionally designed imperfect world.