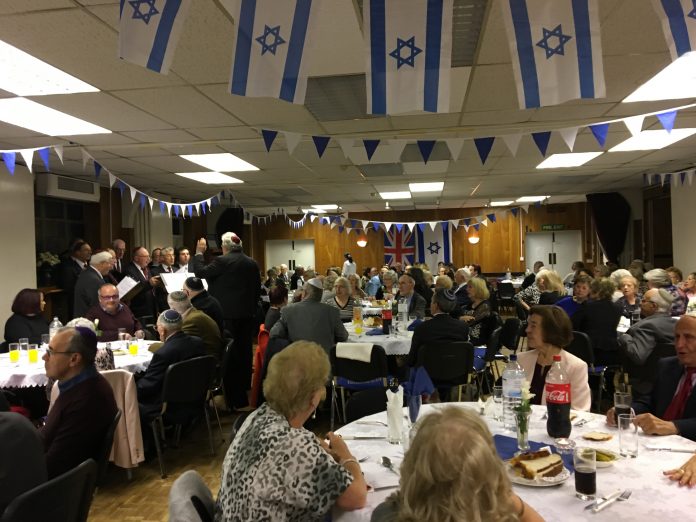 Catford and Bromley United Synagogue celebrated  the  twin event of its 80th Anniversary  and the centenary of the Balfour Declaration at a Melave Malka on 4th November  2017. The guests in the packed Synagogue Hall which included the local MP, members of Lewisham Council and visitors from other North London Synagogues were provided  with an enjoyable  three course dinner.  They were entertained by the London Cantorial Singers with guest Chazanim David Hilton and Rev David Rome. The excellent and thought provoking lecture on the Balfour Declaration was given  by Professor Michael Berkowitz  of UCL The Chairman Joe Burchell explained how the Synagogue  was started in 1937 with 50 members and 20 children  and now 80 years later it had a membership of 230 families with a Cheder of over 30 children . The Synagogue joined the United Synagogue in1938 as an Affiliate  and Mr Burchell  explained  how proud he was that Catford has remained still in that category. Marie  Blumenfeld ‘Catford Synagogues First Lady’ (96) spoke amusingly of being a member  for all those  years and how ‘unique’ Catford was.