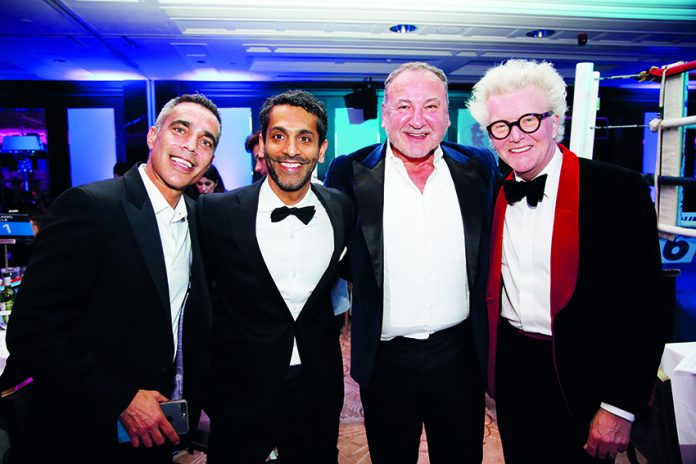 UK charities Norwood and the Paskin Children’s Trust have benefited to the tune of £125,000 following an annual charity boxing evening at Lancaster London Hotel last week.

An evening of live entertainment saw three boxing bouts take place, alongside both live and silent auctions and a raffle. There was also a once-in-a-lifetime prize being won, which included a sailing trip aboard an official Clipper Round the World Yacht Race yacht.
The event was compered by comedian Ian Royce, with fellow comic Bobby Davro treating the audience to a live stand-up set.

The evening was sponsored by Ham & High Property, in aid of the two charities: Norwood – the UK’s largest Jewish children’s, family, and learning disability charity – and the Paskin Children’s Trust; a charity helping sick and disabled children, by supporting welfare, medical, and educational projects.

Simon Piler, supported by Norwood, spoke movingly about what the charity has helped him to achieve and why events such as this are so important, saying: ‘What’s special about Norwood is, we’ve got a great set of staff. They help us and guide us, and I’ve come really really far.

Attendees saw Alan Parry deservedly receive the Henry Cooper Award for over 45 years’ dedication to the sport of boxing – backing generations of young boxing talent.
Lee Koffman and Robert Waterman are Co-Chairs of the Boxing Committee.

Commenting on the success of the evening, Robert said: ‘It’s amazing to bring such a cross-section of people together to a charity boxing dinner for Norwood, where money can be raised for the good of the community.’