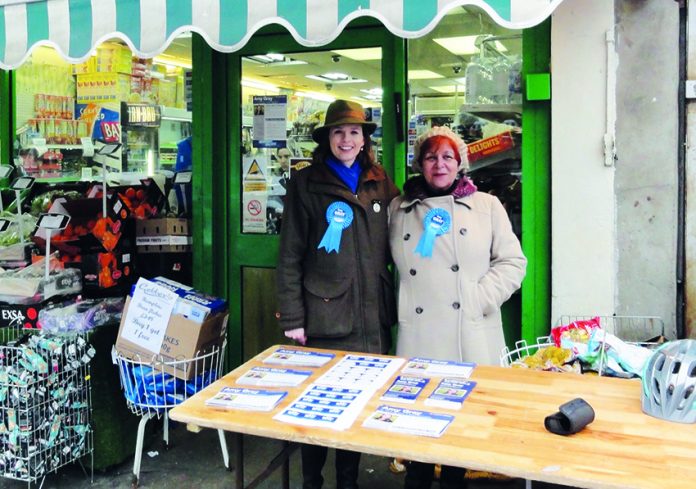 Jeremy Corbyn was trying to recover from what was described as a disastrous 48 hours last week in which Labour’s draft manifesto was leaked. He pulled out of a poster launch and the car in which he was travelling ran over a BBC cameraman’s foot. The cameraman was subsequently taken to hospital. But was the manifesto really leaked or was it a calculated public relations move by a senior Labour party strategist to “test the waters”? If so, it was a success because media outlets spent the day speculating over it, and the blow was softened when the final draft was released with few changes on Tuesday.

A ComRes survey for the Daily Mirror found that 52% backed Labour proposals to re-nationalise the railways while 22% were against. Nationalising the energy market was supported by 49% with 24% against, while 50% backed re-nationalisation of the Royal Mail with just 25% opposed.

Banning zero hours contracts was supported by 71%, and 65% said they agreed with raising income tax on those earning more than £80,000 a year.

However just 30% agreed that Labour leader Jeremy Corbyn should be given a fair chance at leading the country, while 56% said he would be a “disaster” as prime minister.
On the issue of Israel and the Palestinians, a few senior party officials were said to be pushing for a more balanced position on both sides, but once again the lack of progress towards a comprehensive agreement has been solely blamed on the Jewish State.
Whilst Labour’s manifesto says it is committed to peace in the Middle East based on a two-state solution, the leaked document went on to condemn what it called “the expansion of Israeli settlements on the Palestinian West Bank.” It said they were “not only wrong and illegal, but represented a threat to the very viability of the hopes of securing a successful outcome of the peace process.”

It made no mention of Palestinian incitement, the renaming of Palestinian schools and colleges after suicide bombers, or the Palestinian Authority’s refusal to recognise Israel as a Jewish state. But the leaked manifesto did write that “We cannot accept the continued humanitarian crisis in the Occupied Palestinian Territories, and we will support Palestinian recognition at the UN.”

It was unclear which part of the “Occupied Palestinian Territories” it was referring to that had a “continued humanitarian crisis.” But if it is Gaza, then the document failed to remind the public that Israel left Gaza in 1993 under the Oslo Accords and went further in 2005 by removing all of its 7500 Israeli citizens from the buffer zone. In fact in the words of the late former President and Prime Minister Shimon Peres, “We have returned to the 1967 lines so we don’t know why they are shooting at us.”

Jewish leaders were disappointed although not surprised with the wording and expect the usual anti-Israel rhetoric that has been so forthcoming in the Labour Party to continue. Whilst the anti-Israel language may have intensified under Jeremy Corbyn’ leadership, Jewish Labour Party members are quick to point out that under Ed Miliband, the wording was similar to the last manifesto.

It was not clear on going to press how much of this one-sided manifesto against Israel was supported by Shadow Foreign Secretary Emily Thornberry or indeed what was rewritten or deleted from the leaked draft.