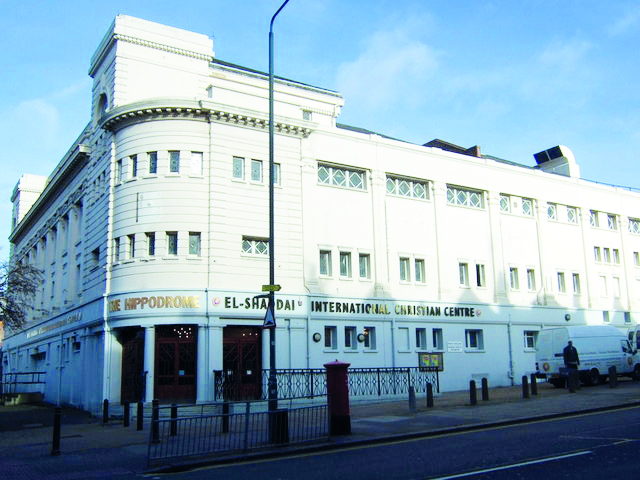 Jewish residents in Golders Green are still outraged over the establishment of a mosque and Islamic centre in the heart of the community.
The Board of Deputies hopes to foster ‘good relations’ between the Jewish and Muslim communities of Golders Green when the new Hussainiyat Al-Rasool Al-Adham Mosque and Islamic Centre opens.
Dialogue between the two organisations has taken place and it seems progress has been made.
Vice president Marie van der Zyl Marie has spoken to representatives from the community centre.
“We have raised some of the concerns of local Jewish residents including parking and were pleased to hear about the proactive measures the Centre is suggesting.
“We were heartened to hear about their commitment to opposing antisemitism and extremism. We, in turn, told them that we stand firmly opposed to anti-Muslim hatred from whichever quarter it comes. While there are legitimate concerns around planning that should be addressed, we deplore the uninformed and prejudiced comments about this application including from a small number of members of our own community.
“We would encourage all to foster good relations and to be good neighbours.”
Hussainiyat Al-Rasool Al-Adham public relations manager Ahmad Alkazemi has welcomed news the Board of Deputies has reached out to its community to ascertain attitudes and views.
“We look forward to playing our part in Golders Green’s diverse community and will always act as considerate neighbours and sincere friends towards the Jewish and other residents of this area,” he said.
“With this in mind we would welcome dialogue with local residents about any concerns they have.”
In terms of parking, Mr Alkazemi noted a campaign had begun to encourage community members to use public transport.
Information about bus and tube routes had been circulated whilst incentives would be provided if public transport were utilised in preference to driving.
He added, “We are asking the council to tighten local parking restrictions so street parking is reserved for local residents for longer hours. We are seeking council permission to install bicycle racks as well.”
Mr Alkazemi stated that the centre would not tolerate any form of hate speech on the premises.
“We stand completely opposed to and will firmly address extremism, antisemitism and all forms of hatred, through education and bridge building,” he said.
“We regard Jews and Christians alike as our friends.
“We are grateful to the Board of Deputies and the many others in the Jewish community for their record in combating all forms of racism including antisemitism and anti-Muslim hatred.”
The Centre for Islamic Enlightening purchased the former Golders Green Hippodrome Grade 11-listed building on North End Rpad earlier this year for £5.25 million.
A total of 5,676 people signed an online petition calling on Barnet Council to halt the proposal sale of the former BBC concert venue.
The ePetition noted: ‘We want the relevant authorities at Barnet Council to investigate whether the establishment and operation of this Centre complies with planning regulations. We would like Barnet Council to consider extending parking restrictions in the surrounding residential streets. In the short term, Barnet Council should approach the management of the Centre and oblige them to make the necessary arrangements and changes in order to stop the deleterious impact on the lives of the local residents and their visitors.’
ePetitioners continued, ‘Please help us restore the charm, harmony and safety of our family neighbourhood by signing this petition. The recent establishment of a religious centre at the Hippodrome, North End Road, Golders Green has caused numerous and critical problems and inconvenience for our fellow residents and their visitors.’
Reasons given for the ePetition included:
– an exponential increase in the amount of traffic well beyond the capacity of our street
– a rise in air pollution
– significant levels of increase in noise pollution: shouting, car stereo music, and car horns used by frustrated and angry drivers at all hours of day and night
– major congestion as a result of severe restriction to bilateral movement of vehicles along streets due to maximum number of cars being parked on both sides of roads
– hindrance to the normal function of public transport
– considerably reduced safety, and increased risk to the lives and health of local residents due to the inability of emergency services to reach the homes of residents
– major inconvenience for the elderly and visitors to our homes.
The ePetition concluded, ‘The situation has become utterly unbearable for the residents who can no longer reach or depart their homes and vicinity in a reasonable manner. Please sign the petition asking Barnet Council and all relevant authorities to act on this matter as soon as possible so as to oblige the management of the new religious centre to remedy the situation as soon as possible. The Council should also look into more stringent parking and planning restrictions to prevent any further deterioration of the quality of our lives and our safety.’
This ePetition ran from 04/10/2017 to 15/10/2017 and has now finished.
Theatre architect Bertie Crewe built the 3,000-seat Hippodrome in 1913.
The site was converted into a BBC TV and radio studio and concert hall in 1969.
Top artistes of the day including Danny La Rue and Marlene Dietrich performed live concerts.
The Hippodrome, which was sold to El Shaddai International Christian Centre in 2007, hosted two Monty Python’s Flying Circus episodes of the first series in 1969.