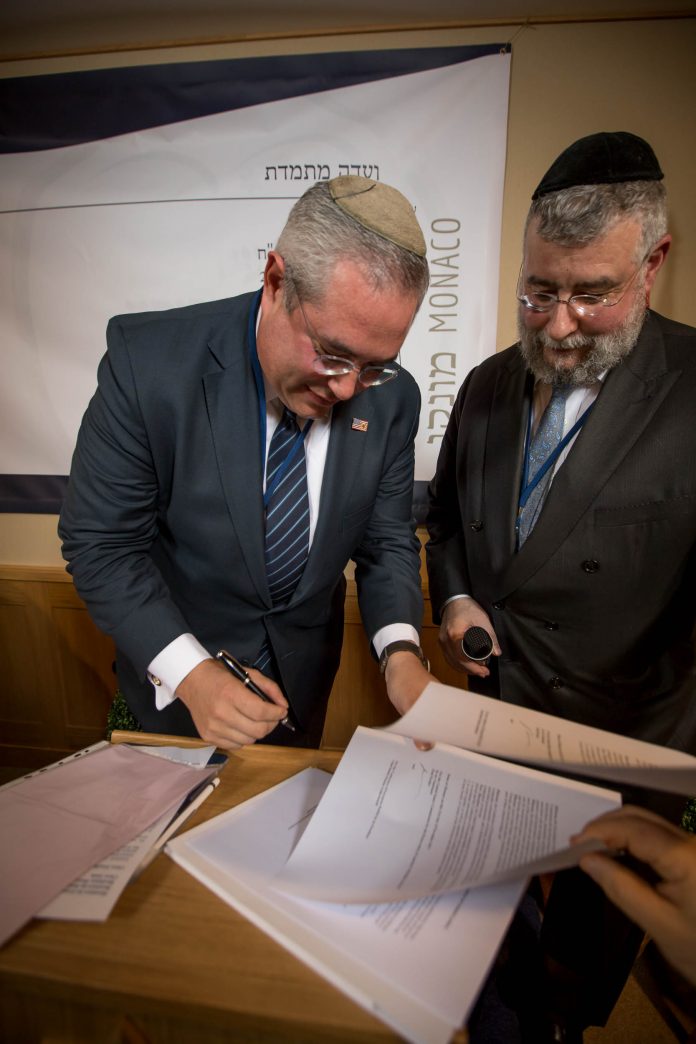 The Conference of European Rabbis (CER) Standing Committee has signed a memorandum of understanding with the United States Commission for the Preservation of America’s Heritage Abroad on the preservation of Holocaust graves internationally. The agreement was signed at a Gala Dinner at the new Edmond Safra Synagogue in Monaco.
The new arrangement will mean that the two organisations will exchange information on cemeteries and synagogues in eastern and central Europe as well as furthering the preservation of cemeteries and places of mass burials of victims of the Holocaust and other repressive regimes.
During the Standing Committee meeting other important topics will be discussed including the rise of anti-religious practice legislation across Europe, anti-semtism and extremism. These subjects will be discussed with Prince Albert of Monaco in an audience with CER President Chief Rabbi Goldschmidt of Moscow, First Vice President Chief Rabbi Korsia of France, Associate President, Chief Rabbi Mirvis of the UK and the Rabbi of Monaco. Rabbi Torgmant.
Ahead of the historic series of meetings Chief Rabbi Goldschmidt said, “I am incredibly proud that we have signed this new agreement which will mean that our two organisations can work in closer cooperation going forward. The CER, through Lo Tishkach has already collated a database of thousands of graves and I am sure that working together with the United States Commission for the Preservation of America’s Heritage Abroad will mean that we can achieve even more together.”