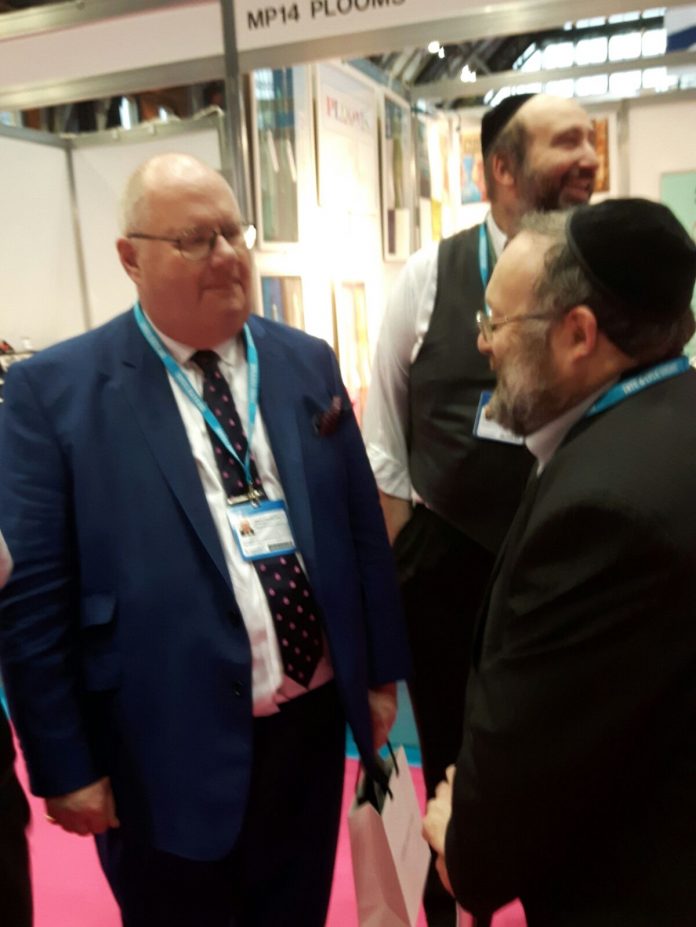 I have been attending the Conservative Party Conference in Manchester these past couple of days. At least this year the four days of the Conference coincided with the period in between Yom Kippur and Succot. Last year it extended from Erev Rosh Hashanah to Tzom Gedalia- not the most convenient time for a Jew!
It was a pleasure meeting old friends and co-religionists.
The highlight of the week for me is the Conservative Friends of Israel meeting- held on Monday evening and graced with the presence of HE the Israeli Ambassador.
We had to contend with thousands of protesters but mostly it was good natured and peaceful. I really enjoyed responding to the man who screamed at me “Get back to London” by retorting “I am not from London!”
But the low point for me was being handed a leaflet at the entrance by an organisation claiming to be Jews against Brit Milla referring to it as MGM – male genital mutilation.