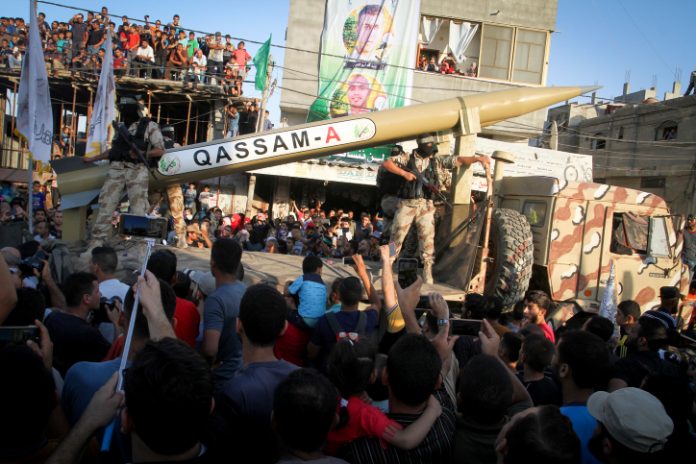 Two rockets fired from the Sinai Peninsula landed in southern Israel yesterday evening. An Israeli military spokesperson said one of the rockets exploded in an open area near the communities of Magen and Ein Habasor following an initial search by the IDF, whilst soldiers are still searching for the second rocket. No injuries have been reported.

Gadi Yarkoni, head of the Eshkol Regional Council said: “I hope this isn’t the start of a new trend. The IDF needs to stop launches like this even when they originate in Sinai. We won’t consent to a return to getting fired on every other week.”

Yesterday’s attack was the first time a rocket was fired towards Israel from the Sinai since May, which coincided with US President Donald Trump’s visit to Israel. It also occurred one week after a rocket was fired from Gaza towards southern Israel, in which the IDF responded by targeting a Hamas observation post.

Israeli military intelligence suspect that both attacks were carried out by Salafist-Jihadi groups that operate from Gaza and Sinai with connections to ISIS.

Israel regards Hamas, the authority that governs the Gaza Strip, as responsible for all fire emanating from Gaza, but there have so far been no reports of an Israeli response to last night’s attack.

The IDF is investigating whether there is a connection between the rocket fire and yesterday’s ISIS terrorist attack against an Egyptian army checkpoint in northern Sinai. Six Egyptian soldiers were reportedly killed and 37 were wounded. According to the Egyptian military, 24 ISIS militants were killed after the Egyptian army destroyed two SUVs with Apache helicopter gunships.