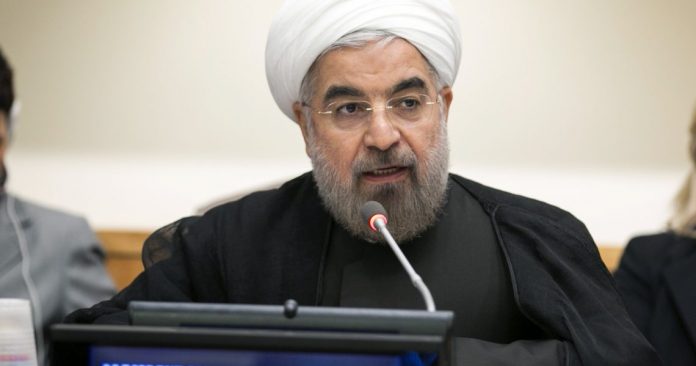 Netanyahu told his Ministers at the weekly Cabinet meeting: “I believe that any responsible government, and whoever seeks to promote peace and security in the world, needs to take advantage of the opportunity that President Trump’s decision has created in order to improve the agreement or abrogate it and, of course, stop Iran’s aggression.”

On Friday, in line with the Iran Nuclear Agreement Review Act (INARA), which states that the US President must certify to Congress every 90 days whether Iran is implementing the nuclear agreement, President Trump announced he would decertify Iran’s compliance with the deal. He also warned that if Congress could not fix the accord with better terms and enforcement, he would “terminate” the agreement.

Speaking to reporters before the Cabinet meeting, Construction Minister Yoav Gallant MK (Kulanu) said that Trump’s decision was a “direct, genuine and courageous”.

Gallant added: “If a state strives to develop nuclear weapons and the missiles to carry them, and in parallel spreads terrorism and takes imperialistic actions in the Middle East from Yemen to Syria, then the time has come for someone to stop it.”

US ambassador to the UN Nikki Haley yesterday told NBC news that the US planned to adhere to the nuclear agreement for the time being, but the goal of the administration is “to see how we can make [the agreement] better” so that “the American people feel safer”.

The President’s decision to de-certify triggers a 60-day window for Congress to introduce legislation to re-impose some, or all, of the sanctions waived or suspended under the nuclear agreement. Haley said that Trump will be working “very closely with Congress to try and come up with something that is more proportionate”. If a decision is not made within 60 days, the US Senate would need 60 votes to restore the sanctions and this is considered highly unlikely.