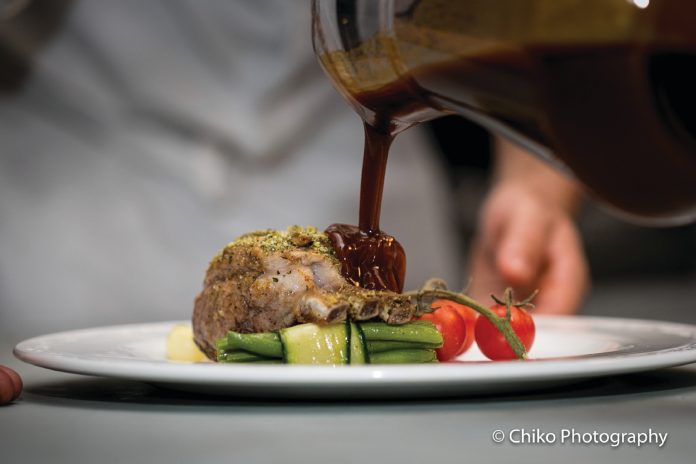 The qualities of highly successful people include finely-tuned attention to detail, as well as an unwavering determination to succeed.

No one knows this better than Arieh Wagner. He and his Starguest events team are considered to be among Europe’s best kosher catering service for weddings, barmitzvahs and kosher charity events.

Mr Wagner has provided first class kosher catering and events to the community since 1997.  However, that is not all he does. He has also been the director of kosher events at the Sheraton Grand Park Lane Hotel in London’s Mayfair for 19 years, the provider of luxurious yearly Pesach holidays abroad, and the coordinator behind the Pillar Hotel in Hendon, the first premium kosher boutique hotel in London.

Arieh Wagner was born in Switzerland. He comes from a long line of chefs and caterers, dating back to 1897, when his great-grandmother catered the first Zionist Congress in Basel with Theodore Herzl in attendance.

“My family (the Wagner-Kahns) also founded the kosher Hotel Silberhorn in Grindelwald and were renowned for their magnificent Pesach holidays,” Arieh says in his distinctive Swiss accent.

Chuckling, Arieh relates how he still has “the hat my great-grandfather used to wear to greet guests.”

The hotel closed down 20 years ago, but that hat has since passed to Arieh, who came to London, where he took the initiative to set up his own catering and events company.

Daring to take risks is another facet of Arieh’s success in the business world. His entrepreneurial spirit led to him spearheading the building of The Pillar Hotel in 2009, the first kosher boutique hotel in London where Arieh’s involvement ranged from inception through implementation and senior management.

“It was a completely derelict site,” he explains. “I was initially called in by the owner to do catering when I suddenly had a brainwave. Together we made it a gem.”

It is clear from talking to him that Arieh has a strong work ethic and prides himself on being a hard worker. He tells me that “hard work gets you everywhere.”

Often, it is simple motivation at the root of success. Indeed, when I ask him what pushed him to start his ventures, he declares emphatically that he perceived that quality kosher food was in short supply.

Arieh has certainly turned that around, from delivering kosher catering for prominent names at the Sheraton Park Lane to the sumptuous Pesach holidays he provides abroad in locations such as The Kempinski Hotel, St. Moritz, Switzerland.

“I get calls from people who recently became religious who want the quality dining experience that their families and parents are used to. We can provide that and more.”

Another important aspect of his success is the reputation he has built up for discretion and confidentiality, along with exemplary professionalism. He has been entrusted to manage and cater kosher events for prominent names including the Queen, Prince Philip and other members of the royal family, as well as former prime ministers David Cameron and Tony Blair. Despite rubbing shoulders with celebrities, Arieh insists on keeping his feet firmly on the ground.

“The first time I catered in Windsor Castle for the Chief Rabbi I was very excited. However, as time went on, it just became a normal job. Yes, I’m privileged to see things only a few people would see, but I still come home to change my baby’s nappy like any regular father.” 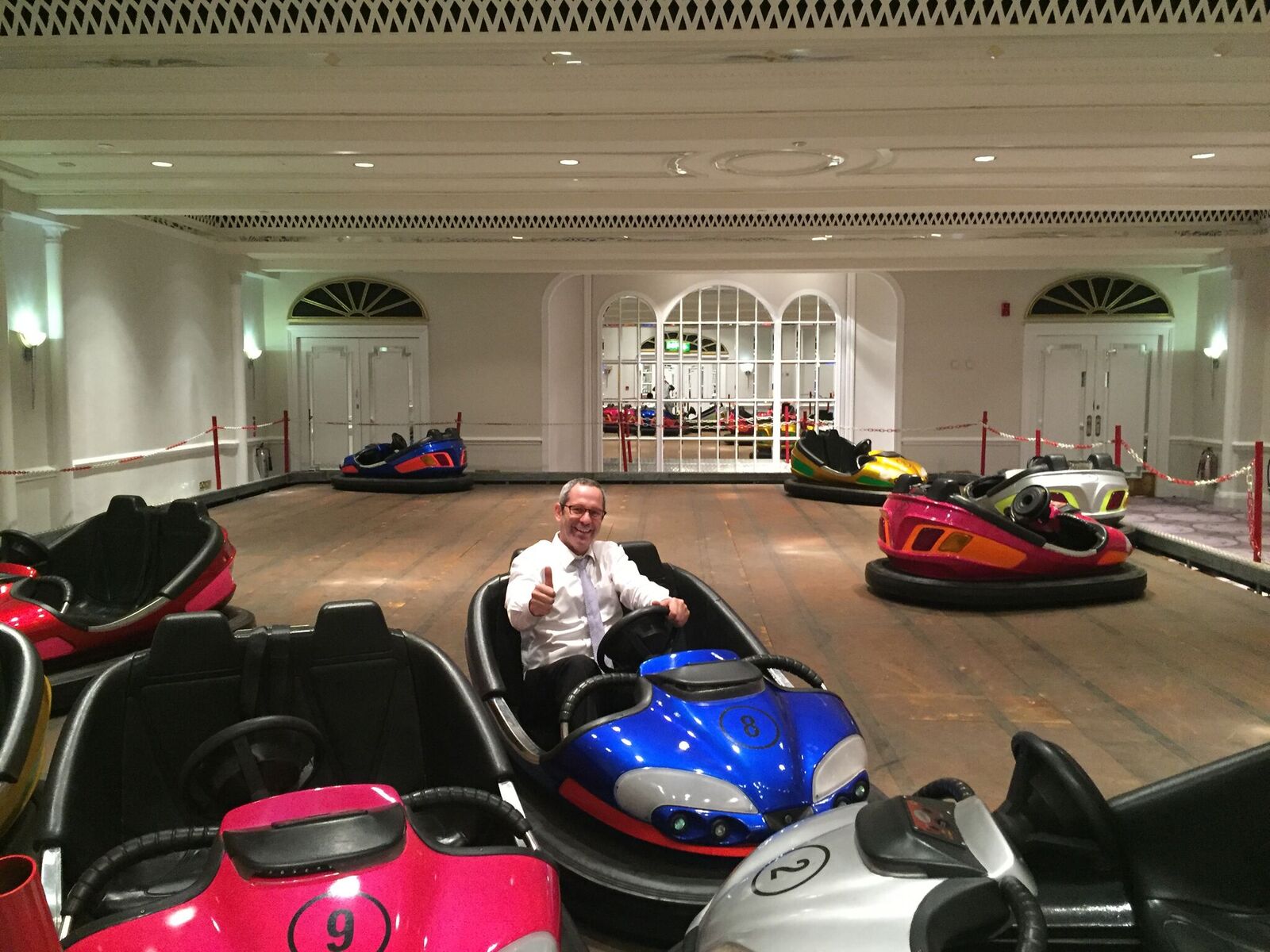 Arieh is also well known for his involvement in the annual Kedem food and wine exhibition in London, where he introduced the concept of a fine kosher dining experience together with wine tasting.

“It started with 50 people, now we have more than 800 coming every year. Forget the traditional cheese and grapes, we offer an exquisite spread like no other.”

Indeed, Jancis Robinson, a wine critic from the Financial Times, was so impressed with the “lavish buffet” she encountered, she mentioned it in an article.

Arieh emphasises the “Swiss quality” he brings to his service and how “from watches to weddings, we have an inbuilt value for quality over everything else.”

It is this attitude that has made him so successful in the business world. His attention to detail and commitment to providing the best kosher experience keep people coming back for more.

The ability to manage time and juggle multiple projects is another feature of his success.  Although based in London, high demand means he spends the majority of his time dashing from place to place. To date, he has successfully coordinated and catered major overseas kosher events ranging from a 4-day, 600-guest wedding in Marbella, a wedding in Gibraltar for 250 people, through to the Glencore mining company winter party in Zug, Switzerland.

Moreover, his high-profile annual kosher Pesach programmes have seen him travelling to Scotland, Spain and Austria among many others.  I ask him how he manages his hectic schedule but he simply laughs, saying: “My only difficulty is that everyone always wants to speak to me.”

It is clear that Arieh’s upbeat attitude and approachable manner is another key to his success as well as his attitude towards clients. No catering project is regarded by its size but rather by a mission to deliver beyond his clients’ expectations. 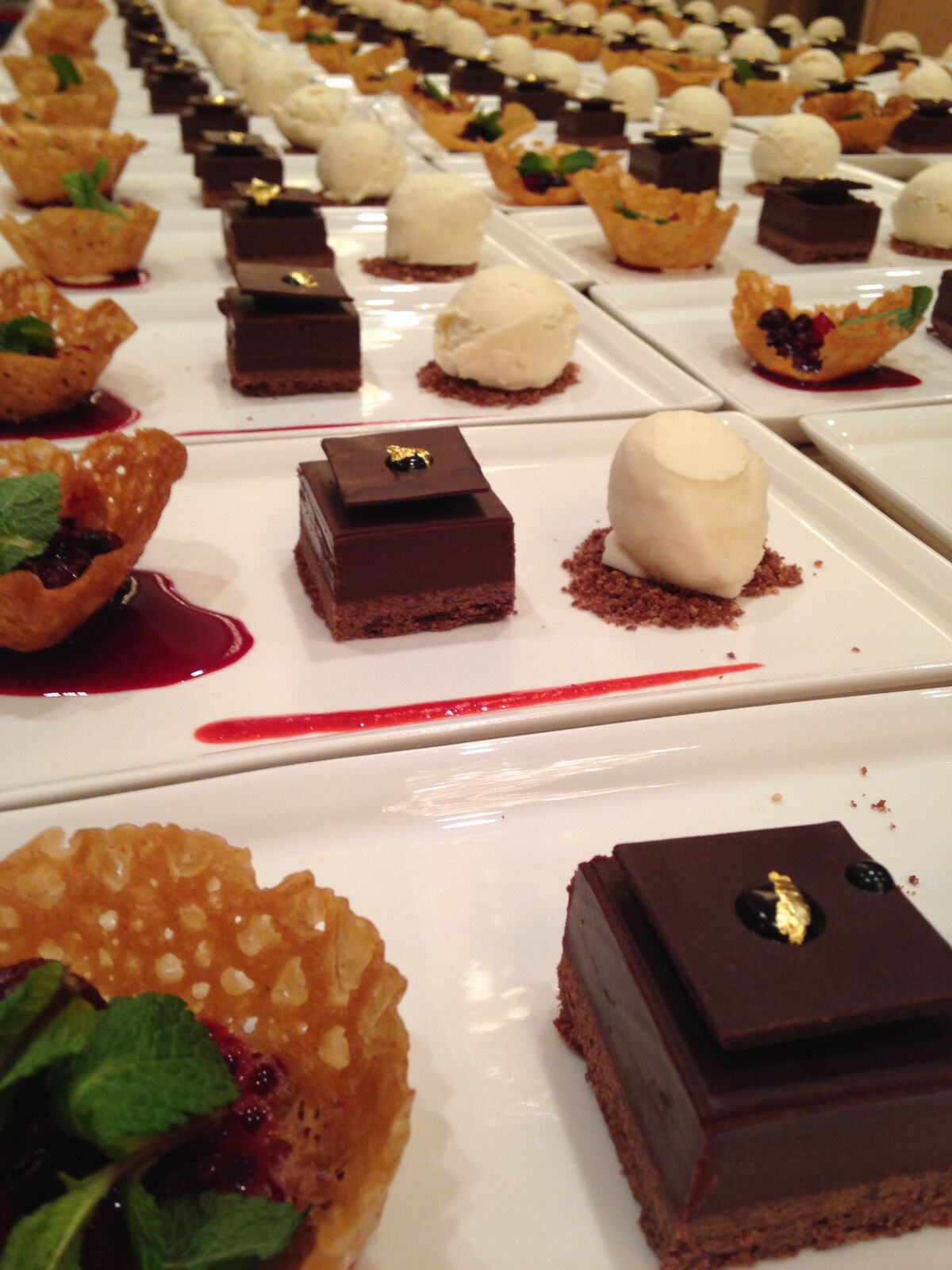 Arieh attended a hotel management school in Switzerland and although he is known as a caterer, his passion for genuine Jewish hospitality and hotelier-style management leads him to identify first and foremost as a hotelier.

“It’s because I see myself as a host,” he confides. “It’s hard for me to cater weddings, as everyone’s gone after a few hours. I much prefer to have a guest for a week so I can take care of them, making them feel really comfortable.”

Arieh considers his job a pleasure and a privilege, as he feels lucky to always be part of people’s smachot, dealing with “the bright side of life,” as he quips.

His emphasis on Jewish hospitality in his career also extends to his family life. Both he and his wife are registered foster parents for Jewish children and are heavily involved in social work. These values have also been passed on to his daughters, who volunteer twice a year at Camp Kef, a residential camp for children with special needs. Arieh jokes: “I have five daughters, so it’s a good thing I’m a caterer.”