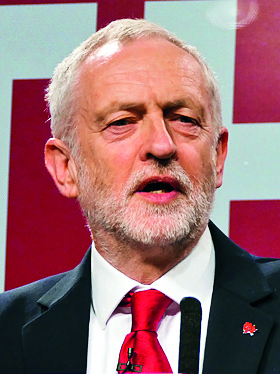 Supporters of Jeremy Corbyn won control of a Liverpool Labour group, ousting a council cabinet member and demanding an apology from MP Luciana Berger for resigning from the shadow cabinet before the election.
At a meeting of the Wavertree Labour branch, nine out of ten positions on the group’s executive committee went to members of Momentum – the campaign group loyal to the Labour leader – or Corbyn supporters.
In response, Ms Berger released a joint statement with the new group secretary heaping praise on Mr Corbyn and his recent election result.
The Jewish MP was told “Luciana needs to get on board quite quickly now. She will now have to sit round the table with us the next time she wants to vote for bombing in Syria or to pass a no-confidence motion in the leader of the party – she will have to be answerable to us.”