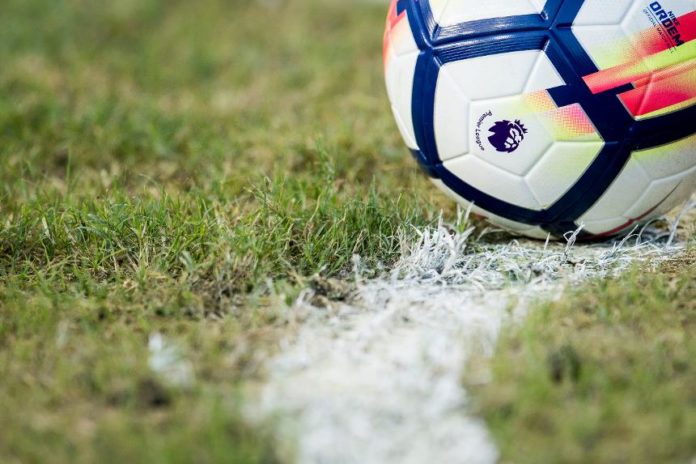 The 2019-20 Premier League season has arrived and to say I am exceptionally excited would be an understatement. New players, new teams and Steve Bruce, this season is looking like it could be one of the most exciting seasons in Premier League history and this first weekend showed why.

Raheem Sterling scored a hat-trick as Manchester City got their title defense off to a winning start with victory at West Ham in a game that saw the video assistant referee play a significant role for the first time in the Premier League.

The technology is making its debut in England’s top flight this season and, after Friday night’s curtain raiser between Liverpool and Norwich passed off without incident, it took centre-stage on Saturday.

VAR was first called on when Gabriel Jesus appeared to have put City 3-0 up midway through the second half, only for Raheem Sterling to be ruled fractionally offside in the build-up.

After Sterling added City’s third, a moment also reviewed for a possible offside, the system then awarded the visitors a penalty retake after Sergio Aguero’s tame effort was saved by Lukasz Fabianski but Declan Rice was deemed to have encroached into the area.

The striker made no mistake at the second attempt.

This was, nevertheless, a dominant and deserved victory for Pep Guardiola’s side, who laid down a marker for the season ahead in emphatic fashion.

Champions City struck the first blow against Liverpool by winning the Community Shield last weekend, only for the Reds to respond with an impressive 4-1 thumping of Norwich in the league on Friday night.

And a few eyebrows were raised as City made a lethargic start in London, perhaps caught off-guard from an aggressive start from the hosts. Ultimately though – as so often last season – it proved a false dawn and the visitors eventually took full control.

Improving this City side is no mean feat but Guardiola’s summer signings look like good additions to an already hugely talented squad.

City is without a doubt the favorites, once again, to become Premier League champions for the 3rd year in a row and if they carry on playing the way they did against the Hammers, it’s looking like the title will be securely defended.

Manchester United recorded their biggest Old Trafford win over Chelsea since 1965 to condemn Frank Lampard to a miserable start as a Premier League manager.

Marcus Rashford scored twice, either side of a close-range effort from Anthony Martial, who had been given the number nine shirt back following the sale of Romelu Lukaku to Inter Milan.

Substitute Daniel James completed the scoring with a goal on his debut nine minutes from time.

The final scoreline was harsh on the visitors, who were the better side before the break and hit the frame of the goal through Tammy Abraham and Emerson, but still suffered their worst ever opening-day defeat in 104 league seasons.

The ecstatic home supporters did not care about that though, as the negativity of a difficult summer was swept away by their best result against Chelsea since they beat them by the same score in the 1994 FA Cup final.

United had to pay Leicester £80m – and make Harry Maguire the most expensive defender ever – to land manager Ole Gunnar Solskjaer’s number one summer transfer target.

Maguire’s England team-mate Rashford may grab the plaudits with his brace but the Yorkshireman’s authoritative performance underlined why his new boss wanted him above getting the big name midfield or striking reinforcements so many United fans have demanded on social media.

His calmness under pressure helped ensure that when the home side looked shaky in the first half they did not add to their concerns with self-inflicted mistakes.

The game was still in the balance when Maguire stepped up to challenge Abraham on the edge of the United box. Maguire calmly took possession, leaving Abraham on the floor in the process, and strode away, setting in motion the attack that ended with Martial bundling home.

The 26 year old Englishman is the answer to United’s defensive struggles which have haunted them for the past couple of years and Maguire could also be the solution for keeping highly rated keeper David De Gea as Champions League football is now a real prospect.

Other results include Harry Kane saying that Tottenham is aware of the standards they have to reach to be competitive this season after they suffered a scare before overcoming Aston Villa 3-1. Sheffield United’s Billy Sharp’s late equalizer earned his side a point at Bournemouth in the Blades’ first top-flight match since 2007. Finally, new Brighton manager Graham Potter said his side’s winning start to the Premier League season was a “dream” as the Seagulls put three past a stunned Watford.

Ahhhh Brucey. A Geordie at heart and just wants the club to do well. Although he’s incomparable to Champions League winning and former Newcastle manager Rafa Benitez, there were positives to take from his Newcastle managerial debut in The Magpies’ 1-0 defeat to Arsenal.

Gunners boss Unai Emery watched his side struggle to cut through their opponents in the first half.

That all changed just before the hour mark when Aubameyang was left unmarked on the edge of the area, collected Ainsley Maitland-Niles’ cross from the right and fired past Martin Dubravka.

The Magpies’ record signing Joelinton went close with a shot blocked by Bernd Leno, before Jonjo Shelvey saw his drive crash off the woodwork.

The home side was flat for much of the second half, although another new recruit, the exciting wing prospect Allan Saint-Maximin, tested German Leno with a near-post drive.

At the attacking end, Brazilian Joelinton had a lively debut and roused the home crowd when he slalomed past two challenges to hammer in a low shot saved by Leno.

And Shelvey, who will be hoping to once again become a regular fixture in the Newcastle midfield, showed his prowess from distance with a vicious drive which shook the rain off the woodwork.

Joelinton and Miguel Almiron both worked tirelessly, but did not quite click upfront as they partnered each other for the first time in a competitive fixture.

But it is worth noting that Ayoze Perez and Salomon Rondon took until the second half of last season to form a potent union, which eventually reaped 23 goals.

There was enough shown on the pitch on Sunday to suggest that there are better days to come for Joelinton and Almiron and ultimately for the Toon.