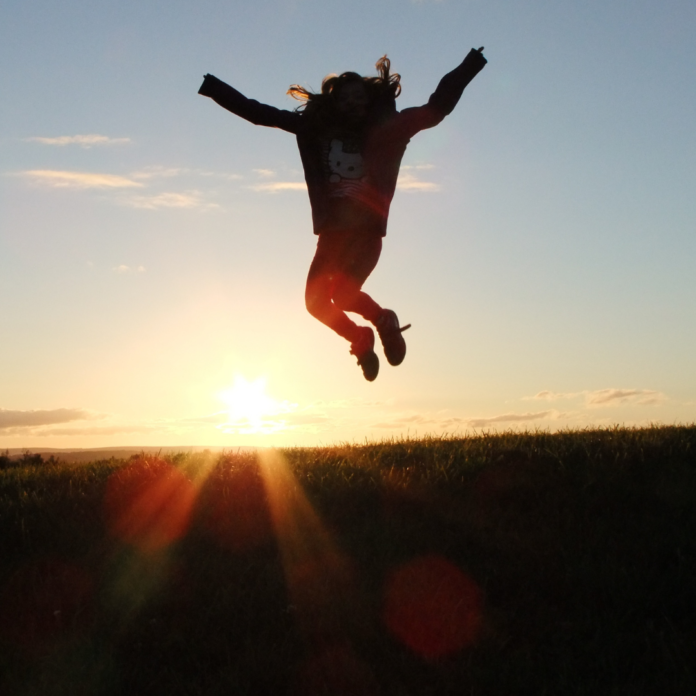 In our last article, we discussed how the purpose of a challenge, as the Ramban explains, is to push us to actualize our latent potential, to transform our koach (potential) into po’al (actual). Hashem already knows exactly who we are and what we can become; the purpose of an ordeal is to enable us to realize who we can become so that we can then actualize that potential.

This week, I’d like to explore a fascinating expression of this idea found in the following Midrash: After the Chet Ha’Meraglim (Sin of the Spies), the Jews were forced to travel through the desert for forty years, where the 600,000 men between the ages of 20 and 60 died before entering Eretz Yisrael (Israel). The original Chet Ha’Meraglim occurred on Tisha B’Av (The Ninth of Av), and each year on this day, all the men between 20 and 60 would dig their own grave and sleep in it. Every year, 15,000 of the men did not wake up the next morning.

This pattern continued for 39 years, until something miraculous happened: In the 40th year, the last 15,000 men dug their graves, but the next morning, they all woke up. Assuming that they miscalculated the date of Tisha B’Av, they did the same thing the next night. It wasn’t until the 15th of Av, when the full moon confirmed that Tisha B’Av had passed, that they realized Hashem had spared them.

The obvious question is, why were these 15,000 men spared? What made them different? Essentially, what changed?

The answer is profound. Hashem did not change His mind, the people themselves changed. The only way to change a gezeirah (decree) is through teshuva (repentance) and tefilah (prayer). These are forms of avodas ha’ratzon- exercises in changing one’s inner will- and therefore result in changing one’s very self. Tefilah does not change Hashem’s mind, it changes who we are; once we have changed who we are, embracing our higher selves, we are no longer subject to the negative decree. Teshuva as well is a method of reengineering our will, rewiring our “wants”. It’s about the decision to be better, to be great, to become our best and truest self. As the Ramchal explains in Mesilas Yesharim, if we can change what we want (akiras ha’ratzon), we can change who we are. When we make new decisions, we create a new reality for ourselves.

For the previous 39 years, as all the men would dig their graves, each would think to himself: “It won’t be me, it can’t be me. I’ll wake up. This year it will be someone else.” And every year, 15,000 people died. No one achieved genuine change, as no one believed that it would be them who would not wake up the next morning.

The last year, there were only 15,000 people left. No longer could they look around and say “it won’t be me.” They knew, with absolute certainty, that unless they changed, unless they did teshuva gemurah (complete repentance), they were going to die. And that is exactly what they did. They were pushed to their limits, beyond their comfort zone, and the impossible occurred. The tefilah they said that night was different from any other tefilah they had ever said before. They knew that unless they reached into the very depths of their souls, davened with all their heart, and changed their will completely, they would not wake up the next morning.

This story relates to a famous rule of battle: never close your enemy off; always leave them room to escape. If you entrap them completely, they will fight with complete abandon, with more ferocity and passion then even before, for you have pushed them to their limits, and they know that they are literally fighting for their lives. This same idea is encapsulated in the quote: “If you want to take the island, burn the boats.” If you are going to war and you thirst for victory, leave no possibility for retreat. Burn your ships, burn you way out, and your only option is to fight with everything that you have.

The ideal, of course, is not to wait for Hashem to challenge us, but to initiate the growth ourselves. Avraham Avinu is the exemplar of this model of growth, pushing himself to grow. After Avraham overcame all ten of his challenges from Hashem, he says “Anochi afar v’efer”, which, literally translated, means “I am but dust and ashes”. As we previously explained, ashes represent an elemental breakdown, the most basic particles of an object. Dirt is the starting point of growth, the place where seeds are planted and given life. In a deeper sense, Avraham was saying that every day he would “ash” himself, breaking his very “self” down into its elemental, root form, and he would then plant himself anew. In other words, Avraham recreated himself every single day. Each and every day, he looked deep within himself, examined and broke down every character trait and value, and then recreated himself for the better, taking the next step in his spiritual growth. Avraham never continued living the same way simply because it was comfortable, or because he was used to it. Avraham challenged himself daily, constantly pushing himself to become the very best he could be. Once Avraham learned the value of a challenge firsthand, he proactively pushed himself to achieve his fullest potential.

Rabbi Shmuel Reichman is the author of the bestselling book, “The Journey to Your Ultimate Self,” which serves as an inspiring gateway into deeper Jewish thought. He is an educator and speaker who has lectured internationally on topics of Torah thought, Jewish medical ethics, psychology, and leadership. He is also the founder and CEO of Self-Mastery Academy, the transformative online self-development course based on the principles of high-performance psychology and Torah.

After obtaining his BA from Yeshiva University, he received Semicha from Yeshiva University’s RIETS, a master’s degree in education from Azrieli Graduate School, and a master’s degree in Jewish Thought from Bernard Revel Graduate School. He then spent a year studying at Harvard as an Ivy Plus Scholar. He currently lives in Chicago with his wife and son where he is pursuing a PhD at the University of Chicago.

To invite Rabbi Reichman to speak in your community or to enjoy more of his deep and inspiring content, visit his website: ShmuelReichman.com