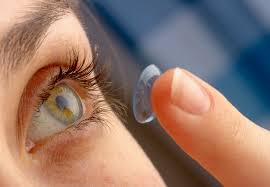 Talia Bergson had a difficult upbringing – a demanding, hypercritical father and a mild-mannered mother. She moved on, married Alex and they have twins. For years, she has kept her father at arm’s length. But now she is facing a return to the dark days she thought she had left behind…

The huge green sign looms over me as I draw nearer to Specsavers. I stagger in, just like I did when getting in the car to drop my harried husband off this morning.

I don’t do well with late nights as it is, but add hyperactive five-year-old twin boys into the equation and sleep is a luxury to be sighed at. The receptionist, a dark- haired woman wearing severe cat-eye glasses, eyes me strangely from behind the desk. She probably thinks I’m the most uncoordinated young person she’s seen all day, or just odd. I give my details (finding it hard to grip the biro) and promptly sit down in the waiting area. I stretch and, mid-yawn, suddenly realize I haven’t heard from my father yet today after the operation on his knee. To say he and I have a complicated relationship would be putting it lightly. I feel that he wishes his only child was a boy sometimes, which is quite a lot to live up to.

My parents were both in their forties when they were married. They emigrated from Eastern Europe and I felt quite embarrassed about them at school as while everyone else’s parents shared the same culture, my house was always behind the times. I had a warm relationship with my mother though, unlike my father who, as a university maths professor, saw me as his protege and the upholding of his genius reputation. Every time I brought back a school report, he would search for the As which were never there and methodically count the Cs with a frown on his face. “Average,” he would mutter to my mother when he thought I couldn’t hear.

“My daughter iz average.” What especially irked him was the fact I was not just average at maths, but truly abysmal. He spent hours with me every evening, patiently teaching me about Pythagoras’ theorem and pi, which just ended up making me crave the other kind of pie. Remembering those awful nights I sigh, ruffling my fringe.

Disappointment in my own inabilities quickly led to resentment. I am not proud of the things I shouted at him or how many times I lay in bed fluctuating between tears and anger, silently begging the One Above to give me a new father. At this point in my life, it had settled to a kind of resignation that his poor opinion of me would never change.

Leaning back uncomfortably in the hard plastic blue chair, I start drafting a quick yet thoughtful-sounding message but am rudely interrupted by the vibration of an incoming message. My heart sinks at seeing “Dad” and his curt text: “Went well, thanks for asking.”

Familiar frustration and indignation bubbles up inside me. He was the one who told me that he doesn’t know when the operation would finish and I shouldn’t bother him with “phone rubbish” when he’s in gripping pain as it is.

I’m in the middle of yet another draft when I jump at a shrill call of  “Mrs Bergson’’, from Cat Eyes the receptionist. I gather up all my grocery bags and morning shopping with difficulty.

The optician is middle-aged, stout and taps his pen repetitively as I struggle in. He motions towards a chair: “Please sit.”

I perch on the edge and cross my hands on my lap.

“Shall we?” His grating tone cuts across my wandering thoughts, making me jump.

“Place your chin here and look straight ahead,” he commands, unsmilingly.

I do as I’m told and hold my breath as the room darkens and the whiteness of the screen takes over. My sense of smell always takes precedence in these scenarios and I can detect sour coffee breath on my face, which is always unpleasant. His dry voice interrupts my thoughts again.

I make a great effort but after a while the shapes and letters swarm before me like a nest of ants.

Finally, the test is over. I rub my eyes and yawn, relieved. This room is too cramped. I can’t wait to leave. Leaning back in his chair, scraping the wall behind him, the optician clears his throat.

“It’s inevitable to say that your eyesight has become worse since you were last here two years ago. I see you refused glasses but were given monthly lenses last time. What happened with them?”

I cough and examine my manicure intently. “I just hated them, my eyes got so dry. So I stopped. I didn’t think it was so bad, my prescription was low…”

More silence and it stretches this time, so I have to look up, reluctantly so.

“Are you aware you have neglected your eyesight, Mrs Bergson?” he inquires, acidly.

A bit over-dramatic, I think indignantly. I can still see.

He continues, ignoring my silence. “I recommend Acuvue Moist, as they will be less dry on the eyes. You can also put eye drops in. For added convenience you can go for Dailies, but please do wear them daily.”

He emphasizes the “daily”, unnecessarily. I have an urge to tell him he should change careers to become a headmaster. Really, this vocation is wasted on him. He could scare anyone into submission.

“You can collect and pay for them at reception. Any questions?”

“No, that’s fine. Thanks so much.” I smile tightly, scuttling away.

On my way out, my phone rings and I expertly balance it to my ear, managing not to drop everything.

My mother’s voice sings down the line, but I know the varying of her tone so well, I can tell she’s frazzled.

“How are you, Ma?” I ask tentatively.

“Not great, to be honest” she sighs. “Dad’s been complaining nonstop since he came round from the anaesthetic.”

I feel a wave of annoyance wash over me and do my best to regulate my voice.

“He had a go at the doctor earlier, said the room was too hot, the bandage too tight and he demanded stronger pills for the pain when they already gave him co-dydramol. Oh and he also didn’t want the cheese sandwiches I so kindly made for him,” Her voice reaches a plaintive crescendo.

I roll my eyes and groan, dropping my bags. Leaning against the wall, I twist a section of fringe over and over before releasing it.

“Are you home now? I can pop in?” I suggest, unwillingly.

“That might not be a good idea, darling. He was a bit put out that you hadn’t texted.”

Her tone is even, but I can taste the undercurrent of tension. I bristle in response.

“How do you think I feel?” she replies, sardonically.

The wave has suddenly turned into an ocean and I cannot control the tide.

“You know what?” I snap. “I don’t know how you still cope with it but I’m done pleasing him. In fact, I’m happy to never text him again.”

I pause for breath. The line is as silent as a graveyard.

I suddenly hear a beep, notifying me that the call has ended. I stare at the screen, not quite believing it.