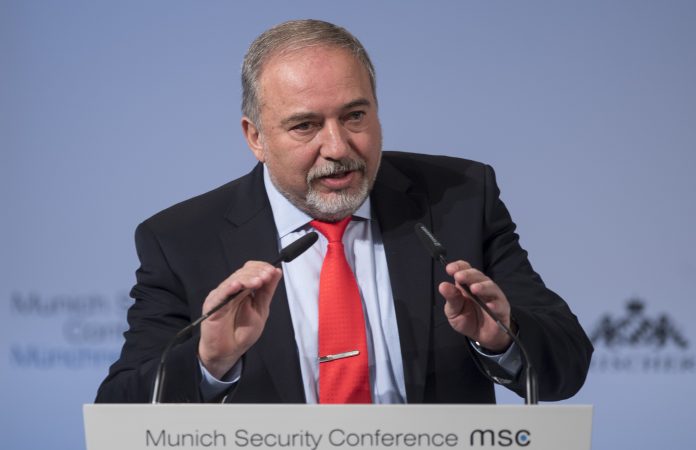 Just when we thought the government was fairly safe and could last a full four years into 2019, cracks have begun to develop after Finance Minister Moshe Kahlon threatened to bolt the coalition with his Kulanu faction if the budget is not passed next week.

Defence Minister Avigdor Liberman then joined the exchange by saying he would also remove his Yisrael Beytenu faction from Netanyahu’s coalition but for a different reason.

The argument is over the United Torah Judaism (UTJ) party, which is made up of Degal Hatorah and Agudat Yisrael, receiving word from their Council of Torah Sages, that they are not to vote in favour of the budget which determines how much each Ministry will receive in 2019, until a bill facilitating charedim avoiding army service passes into law by next week.

UTJ leader Yaakov Litzman discussed the issue with Prime Minister Netanyahu before he left for Washington DC but the matter was not settled. Liberman for his part is opposed to Litzman getting his way and his secular Yisrael Beytenu party believes every Israeli citizen including Arabs, should enrol in the army. Although no Knesset Member dare introduce a bill that forces Arab Israelis to join the army as it would not be supported by the Arab MK’s or left-wing parties.

Liberman told his party in the Knesset, “We don’t want elections and no one would volunteer to give up the Defence Minister job, but if the bill [give exceptions to Yeshiva students] passes into law in three readings, we would have no choice.”

Liberman made it clear that he honestly did not want to break up the coalition but added it was not reasonable to pass such complex legislation in what he termed a “wham-bam-thank you ma’am” kind of speed.

UTJ MKs Moshe Gafni and Uri Maklev both said this week that compromises were being worked on and they still believed elections could be averted, but it is hard to predict at this stage which party leader is going to back down from climbing a very high tree.

Prime Minister Netanyahu believes he can prevent early elections and urged coalition chairman David Amsalem and Tourism Minister Yariv Levin in a conference call from Washington to take action to resolve the crisis.

But Minister Kahlon revealed to his Kulanu faction and closest advisers that the 2019 state budget must pass immediately or he will leave his job.

“I don’t see how I could continue to function as Finance Minister if the budget doesn’t pass,” Kahlon said. “Will I tell the elderly and the handicapped I don’t have their money due to the charedi conscription law? It was a mistake to connect the draft bill to the budget.”

Kahlon added, “There is no reason to go to election when the government is functioning well. Whoever wants to drag us to early elections harms our economy.”
Former Likud Minister and considered political rival, Gideon Sa’ar, said that while the charedi conscription issue is complex, he wishes Netanyahu well in solving it.

A number of surveys have been published in recent weeks and all of them show that if there was a general election, Likud would win the most seats. Pollster Camille Fuchs found that if elections were held now, Likud would win 29 seats, Yesh Atid 24, Zionist Union and the Joint List 12 each, Bayit Yehudi 10, Meretz 8, Yisrael Beytenu and Kulanu seven each, United Torah Judaism six and Shas five.