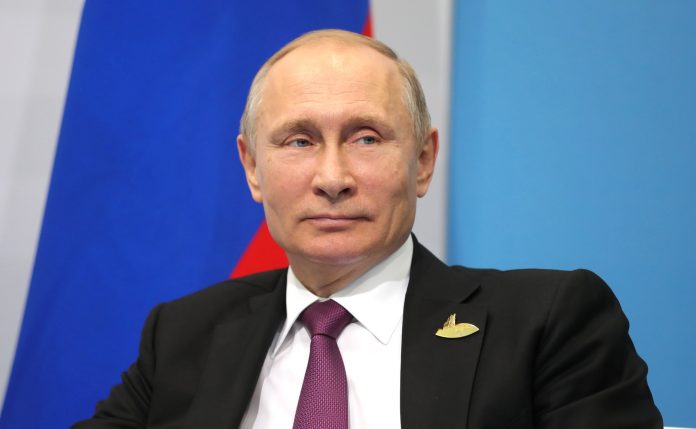 Prime Minister Boris Johnson, in an address to nation, said a “vast invasion” was underway by land by sea and Putin had “unleashed war in Europe” with bombs “raining down” on an innocent population.

Johnson said that the “act of wanton and reckless aggression” was an attack on democracy and described the Russian attack as a “hideous and barbaric venture of Putin” that “must end in failure”.

Regarding Putin’s threats to allies responding, he added, “We will of course do everything to keep our country safe.”

Labour leader Sir Keir Starmer warned Putin’s attack would have “tragic consequences” that would echo around the world and in history.

Putin’s decision to recognise Luhansk and Donetsk as ‘independent’ with troops deployed for a peacekeeping’ operation has hit financial markets with oil prices sharply rising to over $100 a barrel.

Putin has been globally lambasted following a TV statement that Russia did not plan to ‘occupy’ Ukraine. There have been shocking scenes of citizens fleeing Kyiv to escape military action.

European Commission President Ursula von der Leyen confirmed European leaders would put together “a package of massive and targeted sanctions” designed to take a “heavy toll on the Kremlin’s interests” to finance the war.

US President Joe Biden said Putin had “chosen a premeditated war” resulting in a “catastrophic loss of life and human suffering”. Biden added that the world would hold Russia “accountable”.

The EU’s Josep Borrell said the crisis was among the “darkest hours for Europe since World War Two”. Borrell added that Ruyssia’s actions was a “violation of the basic principles of human co-existence”.

As tensions built during the week NATO secretary general Jens Stoltenberg said Russia’s threats to act was the “most dangerous moment in European security for a generation”.

Ukraine took the decision to conscript reservists and called on around three million of its citizens living in Russia to leave the country whilst announcing a state of emergency for 30 days.

Condemnation over Putin’s actions has been relentless.

Johnson announced a “very robust package of sanctions” in parliament. “The UK must now steel ourselves for a protracted crisis,” he said.

Foreign Secretary Liz Truss noted that the UK was ready to escalate sanctions in the event of a full invasion of Ukraine, while German Chancellor Olaf Scholz backed halting approval of the £8.4bn Nord Stream 2 pipeline project with Russia and backed Western nations sanctions.

France, Germany and the US condemned a “clear breach” of the Minsk peace agreements.

Israel stated it will back the US over the growing crisis.

“Our heart is in the direction of the United States,” Diaspora Affairs Minister Nachman Shai added that Israel hoped the crisis would end “without fire, without casualties and without a military confrontation”.

United Nations chief Antonio Guterres denounced “a violation of the territorial integrity and sovereignty of Ukraine” with the principles of the Charter of the United Nations.

As the UN held an emergency meeting of the Security Council, Pope Francis said the threat of war in Ukraine had caused “great pain in my heart”.