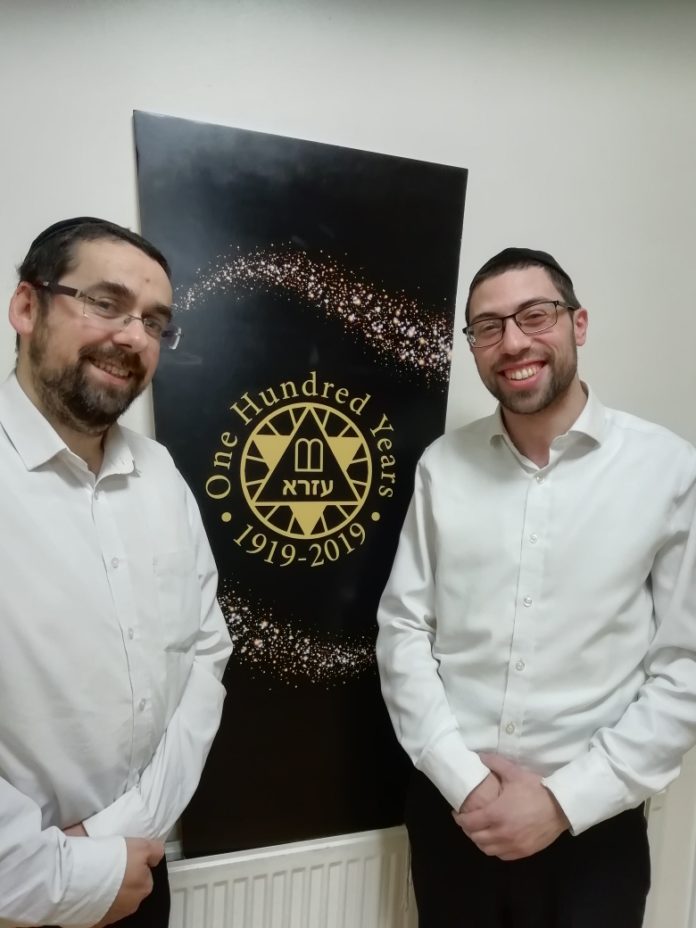 Over 300 members of the Ezra ‘family’ swarmed to The Hive, Edgware, to participate in a celebratory dinner in honour of Ezra’s centenary year.  The guests were greeted with a nostalgic display of photos from the Ezra archives (also exhibited in a beautifully produced brochure for the occasion) and an exciting glimpse into the future, with the unveiling of the “PAI in the Sky” campaign for the redevelopment of PAI House – Ezra’s headquarters in Golders Green.

Dr Michael Wieder, longstanding chairman of the Parents Committee, welcomed the guests and read out a message of support from the Ezra Rov, Rabbi Ilan Halderstadt. The MC for the evening, Madrich Sam Goldberg, introduced the newly formed Ezra Choir – eighteen chanichim under the expert direction of Leib Roberts and Rafi Weisz   – who delighted the audience with a medley of songs and narrative that captured the Ezra spirit through the generations.

In an impassioned and emotional speech, the guest speaker, Rav Shmuel Kimche of Yeshivat Reishit Yerushalayim and former Director of Ezra,  highlighted the unique inner spiritual growth that a ben or bas Yisrael can achieve in a  Youth Movement- particularly Ezra,  combined with conventional schooling. A video was shown to the guests that illustrated this point with the deep impact that Ezra has on one local family. Mr Rafael Neuberger, senior trustee of Ezra, followed with a successful appeal that will enhance Ezra’a ongoing and future programmes.

The guests left with a feeling of communal happiness, having participated in this milestone event and in the knowledge that Ezra will continue to be the backbone for our frum youth in future generations.