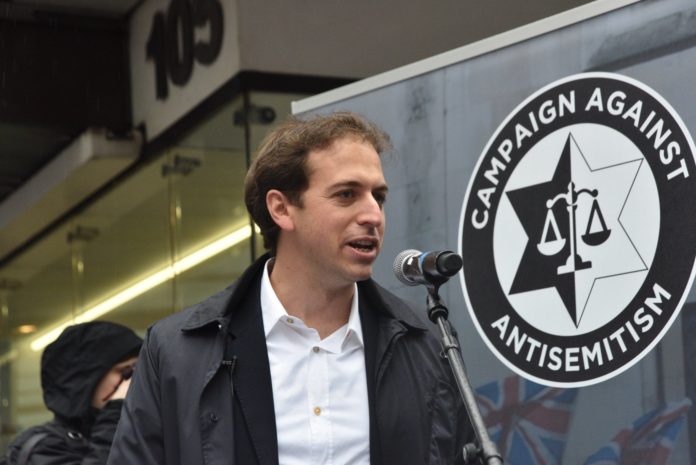 Jewish, Muslim, Hindu and Sikh organisations have united to call for a new law against discrimination.

British political parties are regulated by the electorate but there are no specific standards they must adhere to counter discrimination.
The initiative, proposed by Campaign Against Antisemitism, has the backing of Tell MAMA, which campaigns against anti-Muslim hatred, the National Council of Hindu Temples, Hindu Forum of Britain and Network of Sikh Organisations.
Communities endorsed and launched a parliamentary petition calling for a new law requiring political parties to have fair, efficient and transparent procedures for tackling discrimination amongst members on Tuesday.

Failure would result in substantial fines.
Under the proposal, parties are obliged to meet a minimum requirement for tackling discrimination of all forms, including anti-Semitism, based on CAA’s manifesto.
The move comes as Labour Party’s anti-Semitism crisis includes revelations against Jeremy Corbyn’s activities and an abject failure to expel anti-Semites.

Gideon Falter, Chairman of Campaign Against Antisemitism, said: “Our polling has found that 92% of British Jews feel that UK political parties tolerate anti-Semitism.

“The Labour Party unsurprisingly scoring worse than any other mainstream party.

“Recent events have led us to take the unprecedented step of referring the Labour Party to the Equality and Human Rights Commission.

“We discussed the problem with friends in other communities and found that they too had grave concerns about discrimination in political parties.

“We hope that our parliamentary petition will reach the 100,000 signatures needed to trigger a debate on the matter in the House of Commons.”

He added, “It is clear that political parties cannot be trusted to deal with discrimination themselves.

“As the Labour Party has demonstrated so disgracefully, they make the rules up as they go along, slowing down proceedings for political allies and holding secret committee meetings to exonerate racists.

“In the face of this injustice, there is no official body with the authority to force parties to adhere basic anti-discrimination standards.

“Political parties which have legislated to set tough standards for employers have hypocritically left themselves to their own devices.

“British politics are being poisoned by hatred. This culture of impunity and arbitrary standards must end.”