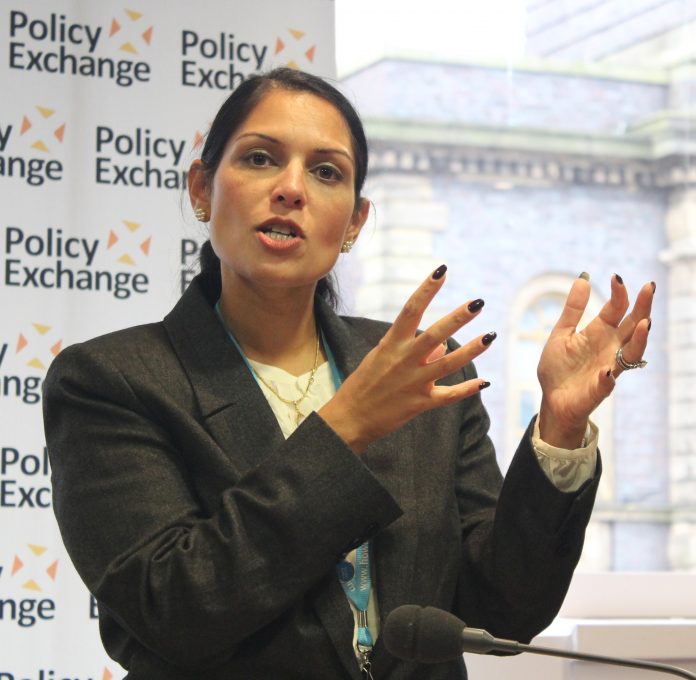 Priti Patel has resigned as International Development Secretary after failing to disclose she held meetings with Israeli politicians in recent months.

Rumours were rife throughout Wednesday that Ms Patel would be sacked after being summoned back by Prime Minister Theresa May from a diplomatic trip to Africa.
Arriving back from Nairobi, Kenya mid-afternoon, Ms Patel was whisked away from Heathrow Airport for a 30-minute showdown at Downing Street with the Prime Minister.
In her resignation letter, Ms Patel said it had been a “privilege” to serve in the cabinet.
Regarding the uproar over meetings with Prime Minister Benjamin Netanyahu and other political figures from Israel, she noted, “I am sorry that these have served as a distraction from the work of the Department for International Development and of the Government as a whole. As you know from our discussions I accept that in meeting with organisations and politicians during a private holiday in Israel my actions fell below the high standards that are expected of a Secretary of State.

Ms Patel added, “While my actions were meant with the best of intentions, my actions also fell below the standards of transparency and openness that I have promoted and advocated.

“I offer a fulsome apology to you and to the Government for what has happened and offer my resignation.”

Replying to Ms Patel’s letter, Theresa May, noted, “The UK and Israel are close allies, and it is right that we should work closely together. But that must be done formally, and through official channels.”

The Prime Minister added, “When we met on Monday, I was glad to accept your apology and welcomed your clarification about your trip to Israel over the summer. Now that further details have come to light, it is right that you have decided to resign and adhere to the high standards of transparency and openness that you have advocated.”

The past days have seen intense political activity at Number 10.
Ms Patel was reprimanded in clear-the-air talks on Monday to ascertain a full disclosure on holding 12 undisclosed meetings whilst holidaying in Israel during August – and for claiming Foreign Secretary Boris Johnson knew about the visit in advance.

Downing Street was forced to deny instructing Ms Patel not to publicise the meeting with Mr Rotem as it might embarrass the Foreign Office.

The Prime Minister’s spokesman acknowledged Number 10 was aware of the meeting but it was not on the list disclosing 12 meetings.

Within hours, Ms Patel, who was elected Member of Parliament for Witham in Essex in 2010 and International Development Secretary in July 2016, had resigned from the Cabinet.