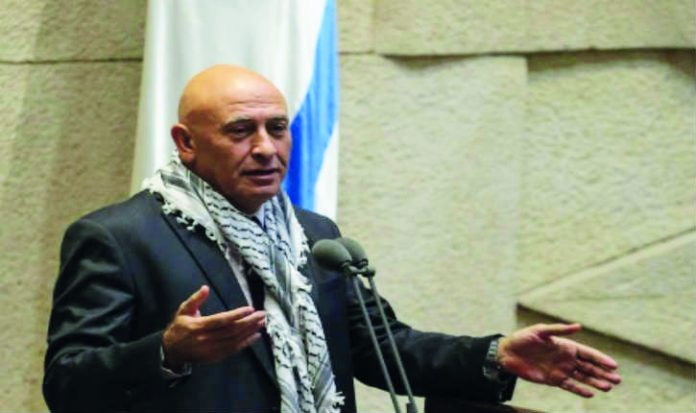 The former “Balad” Member of Knesset, Basel Ghattas began a prison sentence this week after accepting a plea deal in March. Ghattas, who was convicted of smuggling mobile telephones and SIM cards to Palestinian security prisoners, will serve two years at the Gilboa prison in northern Israel.

The ex-MK was caught on video visiting Ketziot Prison, some 70 km southwest of Beer-Sheva, on December 18, where he smuggled mobile-phones to members of the “Fatah” movement. One prisoner who received a phone is Walid Daka, serving a life sentence for killing a 19-year-old soldier called Moshe Tamam in 1984. Another prisoner is Bassel Basra, serving a 15-year sentence for security offenses.

Israeli authorities said Ghattas used his immunity to bring the items along with papers and files into the prison without being searched by prison guards as he visited prisoners. Ghattas was also fined and found to be in moral turpitude, which blocks him from any further public service for seven years after completing his sentence. He resigned his Knesset seat as part of the plea deal, thus avoiding an impeachment process.

The nationalist Arab political party, Balad is now part of the Joint List party as it joined with 3 other Arab political factions to become Israel’s third largest political force in the Knesset. Fellow MK’s, Jamal Zahalka and Haneen Zoabi were present at the prison last Sunday to show support for Ghattas.

“I hope that the price that I pay will not be for nothing,” Ghattas told reporters in Nazareth in March, adding that he hoped to draw international and local attention to Palestinian prisoners held under administrative detention in Israel.