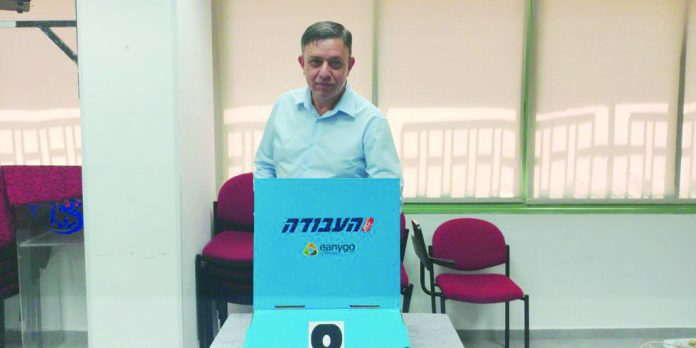 The chairman of the Israeli Labor party, Yitzhak Herzog, has been ousted from his leadership role in the party’s primaries after seven candidates including Herzog himself fought each other for the role. The winners were former leader Amir Peretz, who took 32.7% of the vote and Avi Gabbay who won 27%. Both will go into a second and final round of voting on 10 July after no candidate received the required 40% to win outright.
The Labor party joined with Tzippy Livni’s Hat’nua faction to become the Zionist Union and garnered 24 seats in the May 2015 election. But constant in-fighting and a lack of direction in policy has seen the party plummet to just 10-11 seats in recent polls.
All of the seven Labor candidates surprisingly were men after socioeconomic activist Dina Dayan, announced on Monday she was dropping out of the contest and endorsing Herzog.
Dayan’s departure left the race with Herzog, MK’s Amir Peretz, Erel Margalit, Omer Bar Lev, former environmental protection minister Avi Gabbay, party activists Hod Karubi and Professor Avner Ben-Zaken.
Gabbay vowed on Monday that if he wins the race, he could lead Labor to 30 seats in the next general election. He said the only way there will be big headlines on Wednesday morning about the race is if he wins.
The turnout in Tuesday’s primaries was especially high in the kibbutz sector and low among Arab members of the party, which was seen as hurting Peretz, who conducted a strong membership drive in the Arab sector.
Throughout the day, the candidates constantly sent text messages urging voters to go cast their ballots. Gabbay sent messages all day saying that the race was between him and Herzog, while Margalit told voters the contest was between him and Peretz.
The election was computerized, which allowed results to be available relatively quickly. Voters in Jerusalem complained that the computer system was problematic, and the system was shut down briefly in Rosh Ha’ayin and the Arab village of Hura. But the usual allegations of forgeries and vote tampering were absent, much to the satisfaction of Labor secretary-general Eran Hermoni, who ran the race.
This is the tenth new Labor leader elected since the 1995 assassination of Prime Minister Yitzhak Rabin. Since the killing, the party has been led by Shimon Peres, Ehud Barak, Binyamin Ben-Eliezer, Amram Mitzna, Peres again, Amir Peretz, Barak again, Shelly Yacimovich and Yitzhak Herzog.