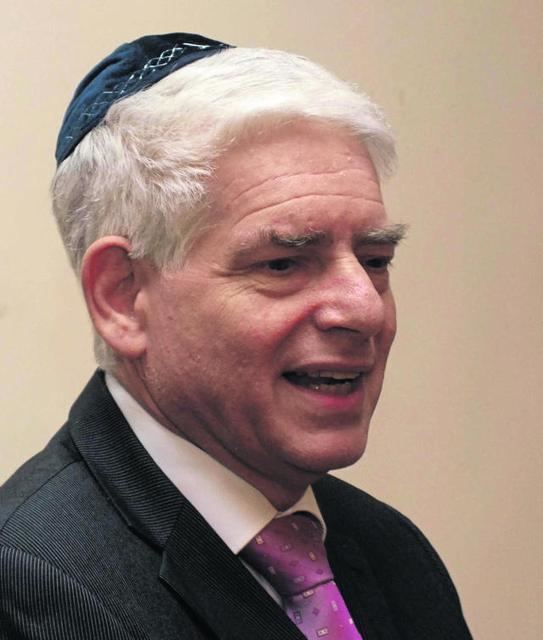 Jews in Germany have been advised not to wear a yarmulke (kippa) following a number of anti-Semitic incidents.
Dr Josef Schuster, president of the Central Council of Jews in Germany, speaking on Berlin public radio told residents to “exercise caution” in big cities.
His controversial comments came ahead of a ‘Berlin Wears Kippah’ solidarity march yesterday.
Schuster, speaking on Israel’s Channel 10 TV, accepted that “showing your colours” was the way to tackle anti-Semitism, but still advised individuals against “openly wearing a kippah” in big German cities.”
He also stated that if Germans refused to stand up to anti-Semitism, democracy would be at risk.
His comments are in stark contrast to those from the Berlin-based Jewish Forum for Democracy and Against Anti-Semitism and a spokesman had changed his view on advising Jewish people not to wear a yarmulke to demonstrate their identity.
“We must take up this fight and be visible again in public,” he said.
Jewish organisations have voiced concern over a recent incident including threats to schools.
Chancellor Angela Merkel condemned an anti-Semitic attack by three Arab speakers on two men who wore a yamulke in the Prenzlauer Berg neighbourhood of Berlin last week.
The alleged attack was captured on a mobile phone video which can be viewed on YouTube.
A suspect has since been arrested.
The ‘Berlin Wears Kippa” campaign is a response to the recent attack.
Gideon Joffe, chairman of the community, said the objective was to mobilise a social alliance to oppose hatred.
Berlin Mayor Michael Mueller and Dr Schuster are both scheduled to speak at the march.
Germany’s Jewish population now numbers 200,000.