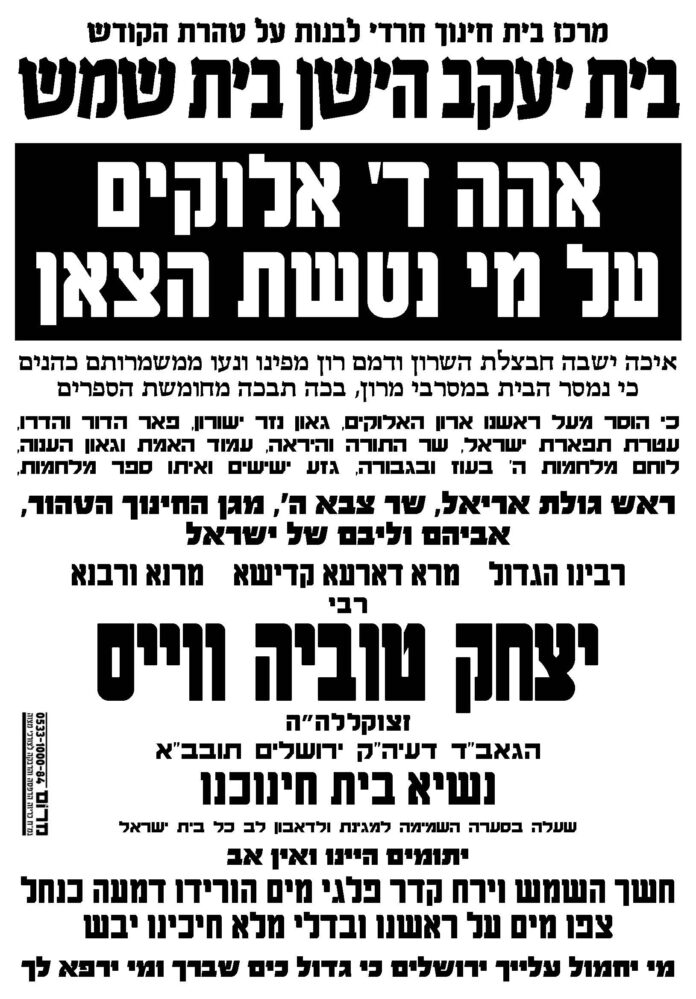 World Jewry mourned the passing on Shabbos of the Head of the Eida Hachareidis Hagaon Rabbi Yitzchak Tuvia Weiss zt”l. The Rav was 95 at the time of his passing. He was born in Slovakia and arrived in England on the Kindertransport through the efforts of the late Sir Nicholas Winston.

Alongside the Rav’s vast knowledge of Torah, he was also well-respected and appreciated for the genuine care and concern he showed to individuals as well as to the community.

A crowd estimated at 50,000 attended his levaya on Sunday morning where eulogies were delivered by other Dayanim of the Eida Hachareidis, led by Hagaon Rabbi Moshe Sternbuch shlita.