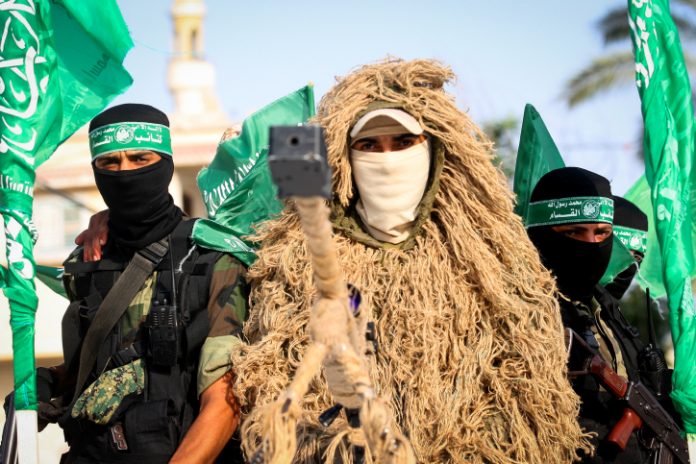 Hamas is reportedly considering a plan to replace its current civilian government in Gaza with military rule.

Yediot Ahronoth and Haaretz report that Hamas’s military wing recently submitted a proposal to its political leadership to create a political vacuum in Gaza by waiving its management of the Strip.

The plan would entail Hamas relinquishing day-to-day control of civil affairs in the Gaza Strip, with the police continuing their routine work with the assistance of the security forces. Hamas’s military wing and factions such as Islamic Jihad would be responsible for security on the border with Israel.

Security is currently under the responsibility of the Hamas political leadership in the form of the Ministry of Interior and National Security.

According to a Hamas source, the proposed project would “create a political and security vacuum in Gaza that might open up the door to a range of possible outcomes, including possible military confrontation with the Israeli occupation forces”.

The proposal is a response to sanctions imposed by Palestinian Authority chairman Mahmoud Abbas, Hamas’s rival in the West Bank, with the aim to pressure Abbas into reversing his current policy.

Over the past few months, Abbas has sought to weaken Hamas by cutting power supplies to Gaza. He has also halted salaries to many government officials in Gaza, reduced medical deliveries to hospitals and substantially cut the number of permits for patients from Gaza to travel to Israel to receive treatment, in addition to funding their stay in Israeli hospitals.

Israel is concerned that the escalating intra-Palestinian rivalry could lead to chaos in the Gaza Strip and renewed fighting between Israel and Hamas.

In related news, a Hamas spokesperson responded to statements made by earlier this week by the Head of IDF Southern Command  Major General Eyal Zamir about the building of a new underground barrier on Israeli territory around Gaza.

The spokesperson said: “These threats by Israel do not frighten us and despite this we are not looking for escalation. We don’t fear a confrontation … and all steps by Israel will not provide it with security as long as it continues to occupy our land and besiege our people.”