Global leaders and Jewish figures around the world have paid tribute to Prince Philip, the Duke of Edinburgh, following news of his death at the age of 99 this morning.

His Royal Highness had been married to the Queen since 1947.

“It is with deep sorrow that Her Majesty The Queen announces the death of her beloved husband, His Royal Highness The Prince Philip, Duke of Edinburgh,” said a statement from Buckingham Palace. “His Royal Highness passed away peacefully this morning at Windsor Castle. Further announcements will be made in due course. The Royal Family join with people around the world in mourning his loss.”

Parliament is being recalled a day early on Monday to pay tribute.

Prime Minister Boris Johnson recalled at Downing Street the Duke’s service in the Royal Navy during the Second World War, the Duke of Edinburgh’s Award scheme and his support to the Queen.

“It is to Her Majesty, and her family, that our nation’s thoughts must turn today,” he said. “Because they have lost not just a much-loved and highly respected public figure, but a devoted husband and a proud and loving father, grandfather and, in recent years, great-grandfather”

The Prime Minister added, “Speaking on their golden wedding anniversary, Her Majesty said that our country owed her husband ‘a greater debt than he would ever claim or we shall ever know’ and I am sure that estimate is correct.” He concluded, “We mourn today with Her Majesty The Queen, we offer our condolences to her and to all her family and we give thanks, as a nation and a Kingdom, for the extraordinary life and work of Prince Philip, Duke of Edinburgh.”

Labour leader Sir Keir Starmer, said, “Prince Philip dedicated his life to our country, from a distinguished career in the Royal Navy during the Second World War to his decades of service as the Duke of Edinburgh. However, he will be remembered most of all for his extraordinary commitment and devotion to The Queen. For more than seven decades, he has been at her side. Their marriage has been a symbol of strength, stability and hope, even as the world around them changed – most recently during the pandemic.”

London Mayor Sadiq Khan noted, “As Mayor, I know I can say on behalf of all Londoners that we will forever be grateful for the contribution His Royal Highness made to our city and our country. There’s no doubt that the legacy of The Duke of Edinburgh’s positive impact on London, Britain and the lives of so many will live on for many years to come.”

The Speaker of the House of Commons, Sir Lindsay Hoyle, added, “Today we must pause to honour him and to offer our sincerest thanks for the Prince’s devout faithfulness to our country and all the nations shall miss him greatly,” said Sir Lindsay.

Scotland’s First Minister Nicola Sturgeon deepest condolences from the people of Scotland to the Queen and her family.

First Minister of Wales, Mark Drakeford, said, “Throughout his long and distinguished life, he served the crown with selfless devotion and generosity of spirit. He will be missed by the many organisations that he supported as Patron or President over many decades of service.”

Northern Ireland’s First Minister, Arlene Foster, commented, “He had a strong interest in Northern Ireland and I had the privilege of meeting him on a number of his many visits here. He had a profound and positive impact on thousands of our young people who found their purpose, passion and place in the world through participation in the Duke of Edinburgh Awards.”

In Israel, President Reuven Rivlin offered his “deepest condolences” adding, “may his memory be a blessing.”

Prime Minister Benjamin Netanyahu added that Prince Philip was “the consummate public servant and will be much missed in Israel and across the world”.

Canadian Prime Minister, Justin Trudeau noted that The Duke “always sought out the best in people and challenged them to strive for greater heights.” He added, “Prince Philip was a man of great purpose and conviction, who was motivated by a sense of duty to others. He will be fondly remembered as a constant in the life of our Queen a lifelong companion who was always at her side offering unfailing support as she carried out her duties.”

Indian Prime Minister, Narendra Modi commented, “He had a distinguished career in the military and was at the forefront of many community service initiatives.”

“I enjoyed immensely my personal conversations with the Duke of Edinburgh, during which I was deeply moved by his extraordinary sense of duty,” he said. “A remarkable Royal, working well into his 90s, he became a role model for staying active in one’s latter years and demonstrated an unwavering sense of responsibility to our country.” Recalling that the Duke of Edinburgh Awards scheme had transformed the lives of many thousands of young people, he added, “The Queen and all the Royal Family are very much in our thoughts and prayers at this difficult time.”

Board of Deputies President Marie van der Zyl noted, “Prince Philip’s life was spent in public service, from his active duty in the Navy during the Second World War to the tens of thousands of engagements which he carried out over six and a half decades of royal duties. Our thoughts are with the Royal Family today. It is our sincere hope that their memories of Prince Philip will be a comfort to them in the period ahead.”

Community Security Trust noted in a statement, “We will always be grateful for Prince Philip’s dedication and support for the UK Jewish community.”

Prince Philip recently had been treated at King Edward VII’s hospital and had a procedure at St Bartholomew’s Hospital.

He is survived by the Queen, four children, eight grandchildren and 10 great-grandchildren.

The below photos, by Lawrence Purcell, were taken on a visit to Heathlands Village a number of years ago. 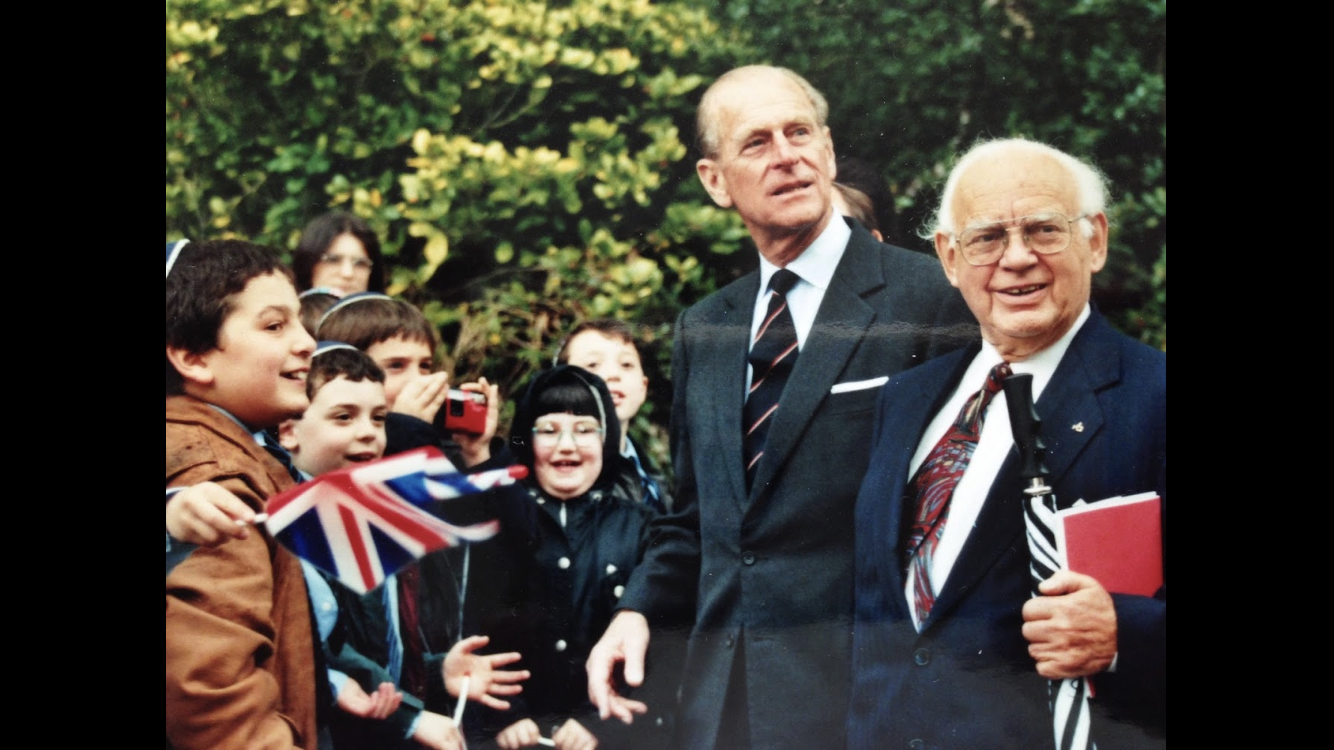 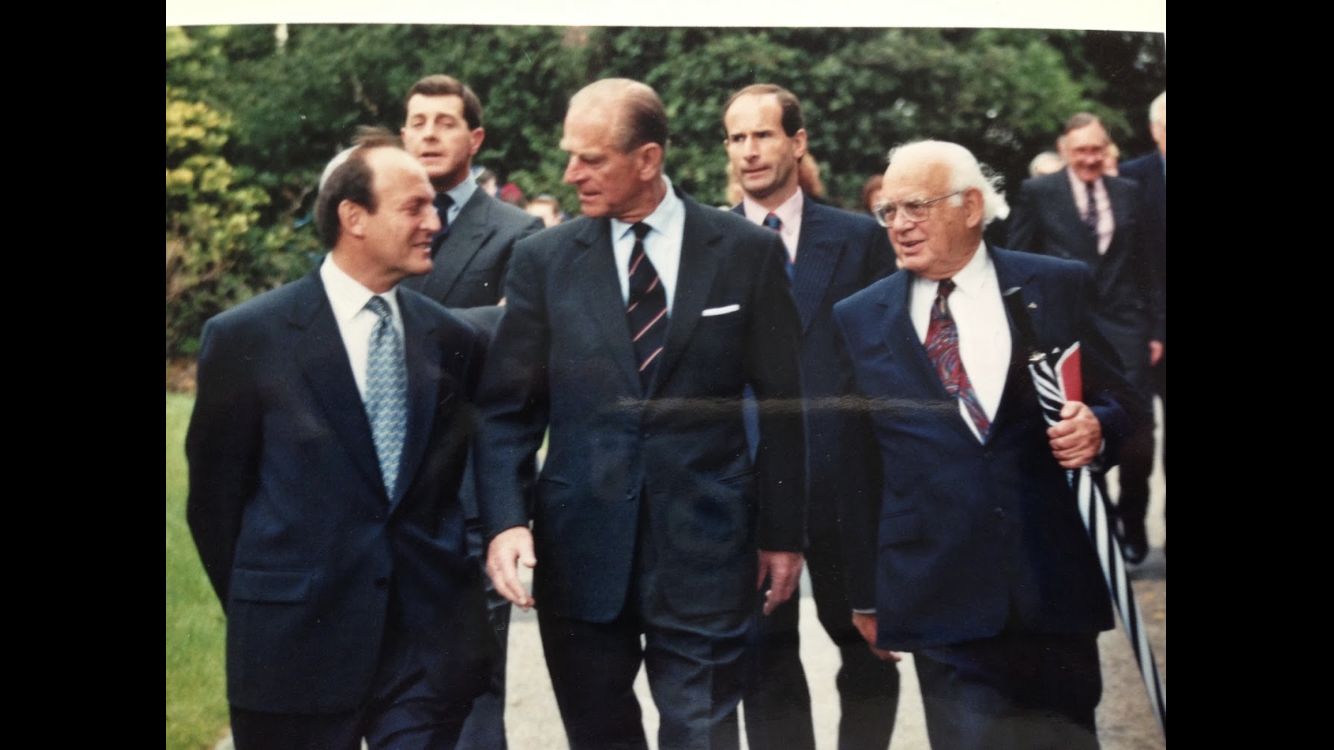 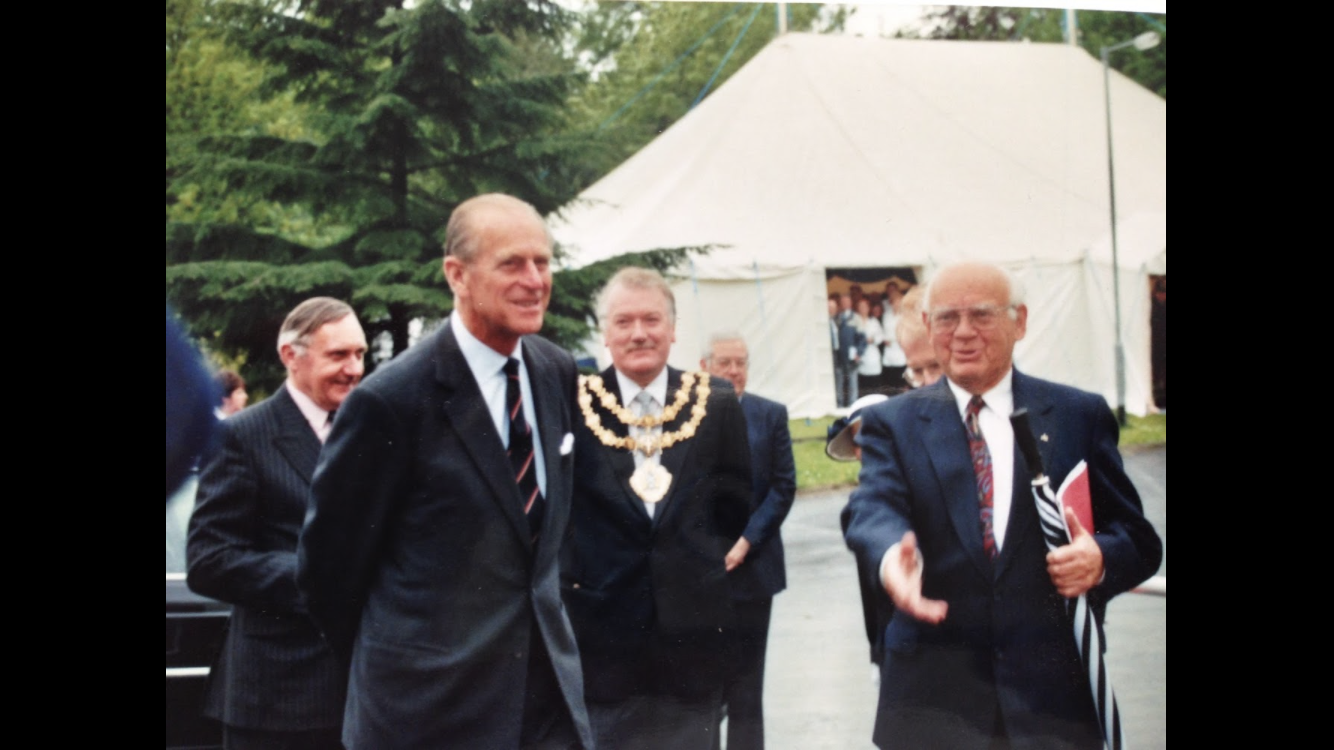 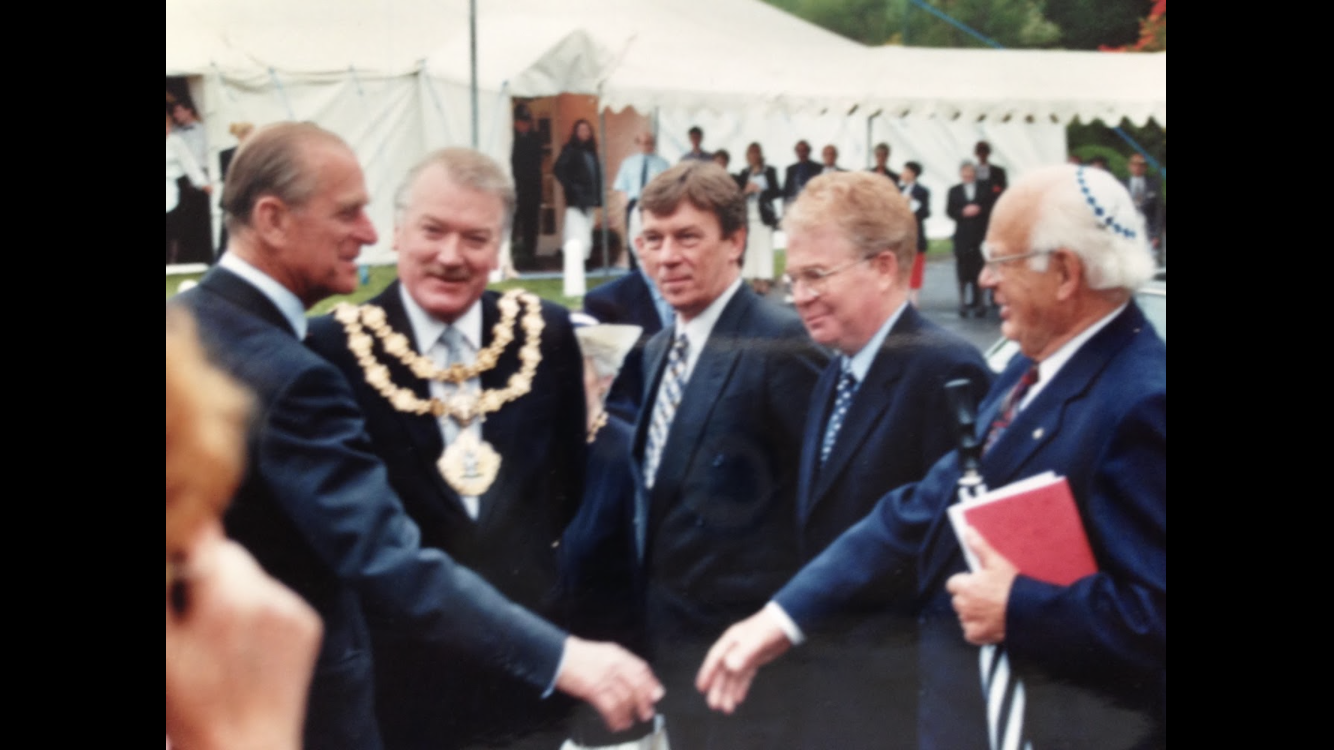