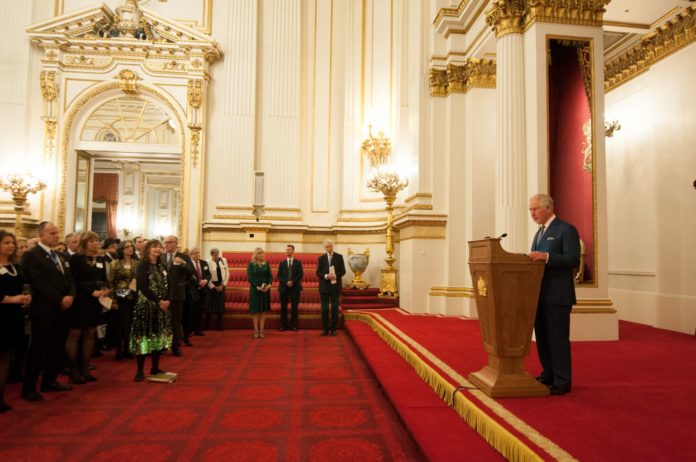 Charles, the former Prince of Wales, became King when the Queen died. He is expected to address the nation on Friday. The official ceremony where Charles will be proclaimed King takes place before the Accession Council at St James Palace, London on Saturday.

The UK’s longest-serving monarch passed away peacefully, a Buckingham Palace statement noted. The Queen, 96, celebrated her Platinum Jubilee, 70 years of service, after acceding the throne on 6 February 1952.

The Queen’s children travelled to the Balmoral estate, near Aberdeen, after doctors recommended the Queen remain under “medical supervision”.

The King’s statement read, “The death of my beloved mother, Her Majesty The Queen, is a moment of the greatest sadness for me and all members of my family.

“We mourn profoundly the passing of a cherished Sovereign and a much-loved mother.

“I know her loss will be deeply felt throughout the country, the Realms and the Commonwealth, and by countless people around the world.

“During this period of mourning and change, my family and I will be comforted and sustained by our knowledge of the respect and deep affection in which The Queen was so widely held.”

She said, “Queen Elizabeth II was the rock on which modern Britain was built. Our country has grown and flourished under her reign. Britain is the great country it is today because of her.

“Through thick and thin, Queen Elizabeth II provided us with the stability and the strength that we needed. She was the very spirit of Great Britain, and that spirit will endure. Her life of service stretched beyond most of our living memories. In return, she was loved and admired by the people in the United Kingdom and all around the world.”

Noting that the Queen had visited over 100 countries and touched the lives of millions around the world,” Truss added, “In the difficult days ahead, we will come together with our friends across the United Kingdom, the Commonwealth and the world to celebrate her extraordinary lifetime of service.”

She continued, “Today the Crown passes, as it is has done for more than a thousand years, to our new monarch, our new head of state: His Majesty King Charles III. With the King’s family, we mourn the loss of his mother. And as we mourn, we must come together as a people to support him.” Truss concluded, “With the passing of the second Elizabethan age, we usher in a new era in the magnificent history of our great country. Exactly as Her Majesty would have wished, by saying the words: ‘God save the King’.”

Labour leader Sir Keir Starmer said the country would treasure the Queen’s life of service and devotion to the nation and Commonwealth.”

Starmer added, “Above the clashes of politics, she stood not for what the nation fought over, but what it agreed upon. So as our great Elizabethan era comes to an end, we will honour the late Queen’s memory by keeping alive the values of public service she embodied.”

Liberal Democrat leader Sir Ed Davey said that the Queen represented “duty and courage, as well as “warmth and compassion”. Scotland’s First Minister Nicola Sturgeon praised the Queen’s life as “one of extraordinary dedication and service”.

Boris Johnson said the Queen would be remembered for her “deep wisdom, and historic understanding, and her seemingly inexhaustible but understated sense of duty”.

Theresa May tweeted: “Many people don’t realise how much work the Queen put into her red boxes, to understand the issues of the day, what was going on in government and around the rest of the world.”

David Cameron described the Queen as “the world’s most experienced diplomat”, Gordon Brown said the Queen “served this country to the last”.

Sir Tony Blair noted, “We have lost not just our monarch but the matriarch of our nation, the figure who more than any other brought our country together, kept us in touch with our better nature, personified everything which makes us proud to be British.”

And Sir John Major described the Queen as “selfless and wise with a wonderful generosity of spirit”.

The Queen had met 14 US presidents during her 70-year reign.

US President Joe Biden said that the Queen was “more than a monarch”.

He noted, “In a world of constant change, she was a steadying presence and a source of comfort and pride for generations of Britons, including many who have never known their country without her. The seven decades of her history-making reign bore witness to an age of unprecedented human advancement and the forward march of human dignity.

“She was the first British monarch to whom people all around the world could feel a personal and immediate connection, whether they heard her on the radio as a young princess speaking to the children of the United Kingdom, or gathered around their televisions for her coronaation, or watched her final Christmas speech or her Platinum Jubilee on their phones. And she, in turn, dedicated her whole life to their service.”

He added, “Queen Elizabeth II led always with grace, an unwavering commitment to duty, and the incomparable power of her example. She endured the dangers and deprivations of a world war alongside the British people and rallied them during the devastation of a global pandemic to look to better days ahead.”

Biden concluded, “Her legacy will loom large in the pages of British history, and in the story of our world.”

In Israel, President Isaac Herzog led tributes to the Queen.

“Queen Elizabeth was a historic figure. She lived history, she made history and with her passing she leaves a magnificent, inspirational legacy.” He added, “Throughout her long and momentous reign, the world changed dramatically, while the Queen remained an icon of stable, responsible leadership, and a beacon of morality, humanity and patriotism. In her life and in her service to her people, the Queen embodied a spirit of integrity, duty and ancient tradition.

“My late mother and father had several audiences with the Queen over the years. Her fond welcome and warm hospitality left a profound impression down the generations.”

Prime Minister Yair Lapid said that the Queen had left behind an “unparalleled legacy”.

Opposition leader Benjamin Netanyahu added, “She was a legendary sovereign, a beacon of integrity and a steward of a second Elizabethan age which will be remembered down the centuries.”

He said, “The Queen embodied the most noble values of British society. Throughout her extraordinary reign she conducted herself with grace, dignity and humility, and was a global role model for distinguished leadership and selfless devotion to society. In an ever-changing world, she was a rock of stability and a champion of timeless values.”

Michael Goldstein, United Synagogue President of the, said: “Her Majesty the Queen will be profoundly missed but memories of her will live long in our hearts.”

The Board of Deputies stated, “No words can fully describe the extent of our nation’s loss. Her Majesty’s wisdom, benevolence and dedication to duty served as an inspiration to generations of British citizens, including our community.”

A Campaign Against Antisemitism spokesman said, “We are grateful for an extraordinary monarch who led our country through good times and bad over a lifetime spent in service, acting as a rock and inspiration to her subjects and the world.”

AJEX JMA noted, “The Queen was a unique public servant and an inspiration to her subjects

throughout the world. We are particularly grateful at AJEX, the Jewish Military Association, for her support for servicemen and women and veterans, including her annual message marking our own Annual Parade. Many Jewish veterans were honoured to meet her during her 70-year reign.”

Lord Mendelsohn and Lady Mendelsohn CBE, Co-Presidents, and Neville Kahn, Chair of Trustees, Norwood stated, “We pay tribute to her decades of outstanding and devoted service and her steadfast leadership of our country. We are especially grateful and humbled to have the Sovereign as our Patron and for Her Majesty’s support and the interest she showed in Norwood’s work throughout her reign.”

Around the globe, tributes from Jewish organisations continued.

World Jewish Congress President Ronald S. Lauder said, “Queen Elizabeth’s was a life of service and faith, in which love of country, Commonwealth, G-d and family was the supreme value. She and her family were beloved symbols of resistance to Nazi tyranny, refusing to leave London during the worst times of the Blitz and standing in solidarity under siege with their compatriots.

“The young Princess Elizabeth was an inspiration and source of comfort to Anne Frank in her hiding place in Amsterdam and in 2015, she and her late husband, Prince Philip, visited the former Nazi concentration camp of Bergen-Belsen in northern Germany, where Anne Frank died, to commemorate its liberation by British troops. Queen Elizabeth’s refusal to flinch in the face of evil, but instead to fight it with every formidable fibre of her character, will be an inspiration for generations to come.”

Chief Rabbi Pinchas Goldschmidt, President of the Conference of European Rabbis stated, “Her dignified, devoted leadership will endure as an exemplar model for all.”

European Jewish Congress President Ariel Muzicant said. “Her Majesty the Queen was fondly regarded by her Jewish subjects and came to embody the constancy and traditions of a British society based on values of tolerance and mutual respect. Those values have enabled the post-war British Jewish community to flourish as part of the European family of Jewish communities.

“Both personally, as a serving soldier as Britain stood alone against the Nazi might in the darkest days of World War II and symbolically as part of the wider Royal Family facing the Blitz with her brave people, Europe’s Jews owe a great debt of gratitude to her years of unflinching service to her people.”

More tributes continued including from France where President Emmanuel Macron recalled “a kind-hearted queen” who was “a friend of France”.

German Chancellor Olaf Scholz said in a statement that the Queen’s commitment to German-British reconciliation after the horrors of World War II will remain unforgotten.

Canadian Prime Minister Justin Trudeau said, “In a complicated world her steady grace and resolve brought comfort to us all.” And Indian Prime Minister Narendra Modi recalled “memorable meetings” with the Queen. He tweeted, “During one of the meetings she showed me the handkerchief Mahatma Gandhi gifted her on her wedding. I will always cherish that gesture.”

“Her reign of 70 years encompassed periods of enormous change, during which she represented a remarkable source of reassurance to the British people,” he said in a statement.

Ireland’s Taoiseach Micheal Martin added, “Her dedication to duty and public service were self-evident and her wisdom and experience truly unique.