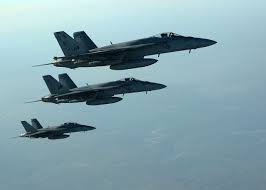 The worst incident between Israel and Syria since the latter’s civil war started six years ago has increased tension sharply between the two countries.
Israeli jets struck targets in Syria on Friday morning, Syrian anti-aircraft missiles were launched at the jets and one Syrian missile aimed inside Israel was intercepted by Israel’s Arrow missile defence system.
On Sunday, defence minister Avigdor Lieberman threatened that Syrian air defence systems would be destroyed if they were used against Israeli warplanes again.
Prime minister Binyamin Netanyahu later confirmed that the raids into Syria were aimed at destroying weapons bound for Hezbollah.
On Tuesday, a senior Israeli officer disclosed in an interview with a news agency that Israel has a plan, codenamed “Safe Distance”, to move up to a quarter of a million people from both north and south border areas to safety should a conflict begin with either Hamas or Hezbollah.
Israel has had very little contact with Syria since the civil war began. President Assad’s energies have focused on battling rebel forces and Daesh. Likewise, the face of the Iranian-backed Hezbollah has been turned away from Israel in support of Assad.
However, Israel is always in the terrorists’ sights and must remain on alert that one or the other could launch an attack, hence the plans to take citizens out of any potential firing line.
While there is no doubt that Hamas and Hezbollah possess weapons that could inflict damage in Israel, there is increasing concern that Syria also has the capacity to mix it with its neighbour, should it choose to escalate the current spat.
Dr Mordechai Kedar, a senior lecturer at Bar-Ilan University, believes that Syria does indeed possess the capability to harm Israel. “They have chemical weapons that they have used repeatedly, and they have missiles. I’m not sure a large volley of missiles could be stopped by Israeli systems. If they decide to go wild with the backing of the Russians or the Iranians, they could become very problematic.”
According to Kedar, Assad has an interest in escalating tensions with Israel. “In order to give himself legitimacy, he wants to bring Israel into a conflict with the Iranians and the Russians.”
Israel and Russia already coordinate their air attacks in Syria, which is uncomfortable for Syrian President Bashar al-Assad.
Israel has carried out dozens of air strikes in Syria to prevent weapons’ smuggling to Hezbollah. Iran has also provided Syria with Shia militias from Iraq and elsewhere in the Middle East.
Israel is concerned that Hezbollah, with which it fought a war in 2006, is building up a massive arsenal of sophisticated weapons to use against Israel when the next round of fighting occurs.
Last week Mr Netanyahu visited Moscow and met Russian President Vladimir Putin to discuss Iran’s attempts to establish a permanent military foothold in Syria with a base on the Israeli border.
Russia remains a key player in the region and has taken the opportunity to fill the void left by America. Now it is on seemingly good terms with both protagonists, observers will be keen to see whether it can pour oil on these eternally troubled waters.