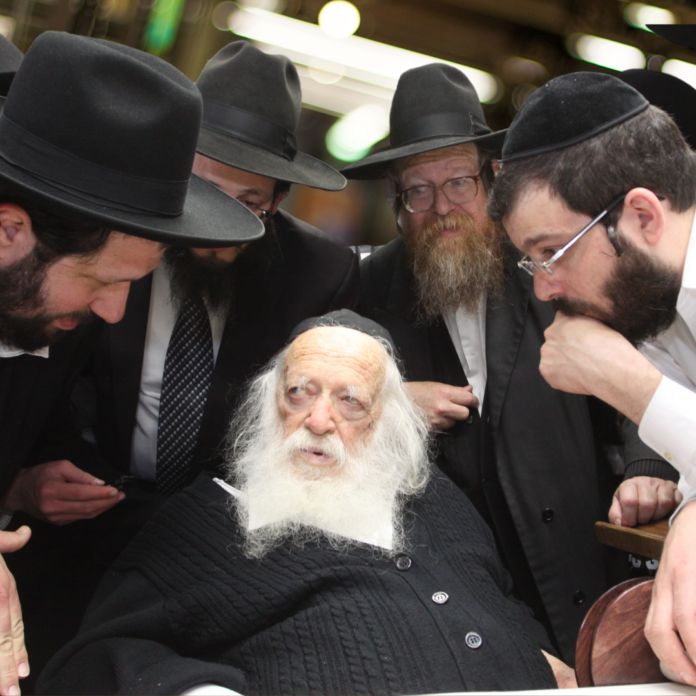 Around 750,000 heartbroken mourners packed streets, hung on balconies and roof
tops to glimpse the funeral procession of the esteemed Tzaddik, known as the “Prince of
Torah” to Zichron Meir Beis HaChayim for burial on Sunday.

Every newspaper in Israel regardless of religiosity and political bias headlined the funeral as the front page.

Chief Rabbi Lau said Israel had lost a “giant of a generation”, Bennett described the Belarusian-born rabbi as the “leader of our generation” whose death was a “great loss to the Jewish people”.

Police and security forces closed major highways to Tel Aviv during the funeral and monitored the huge crowds. A crush was avoided with only a few minor injuries reported by Magen Dovid Adam.

Revered globally Rabbi Kanievsky was head of the Lithuanian ultra-Orthodox community making up around 12% of Israel’s population. He died at home last Friday aged 94. Efforts to resuscitate him failed. 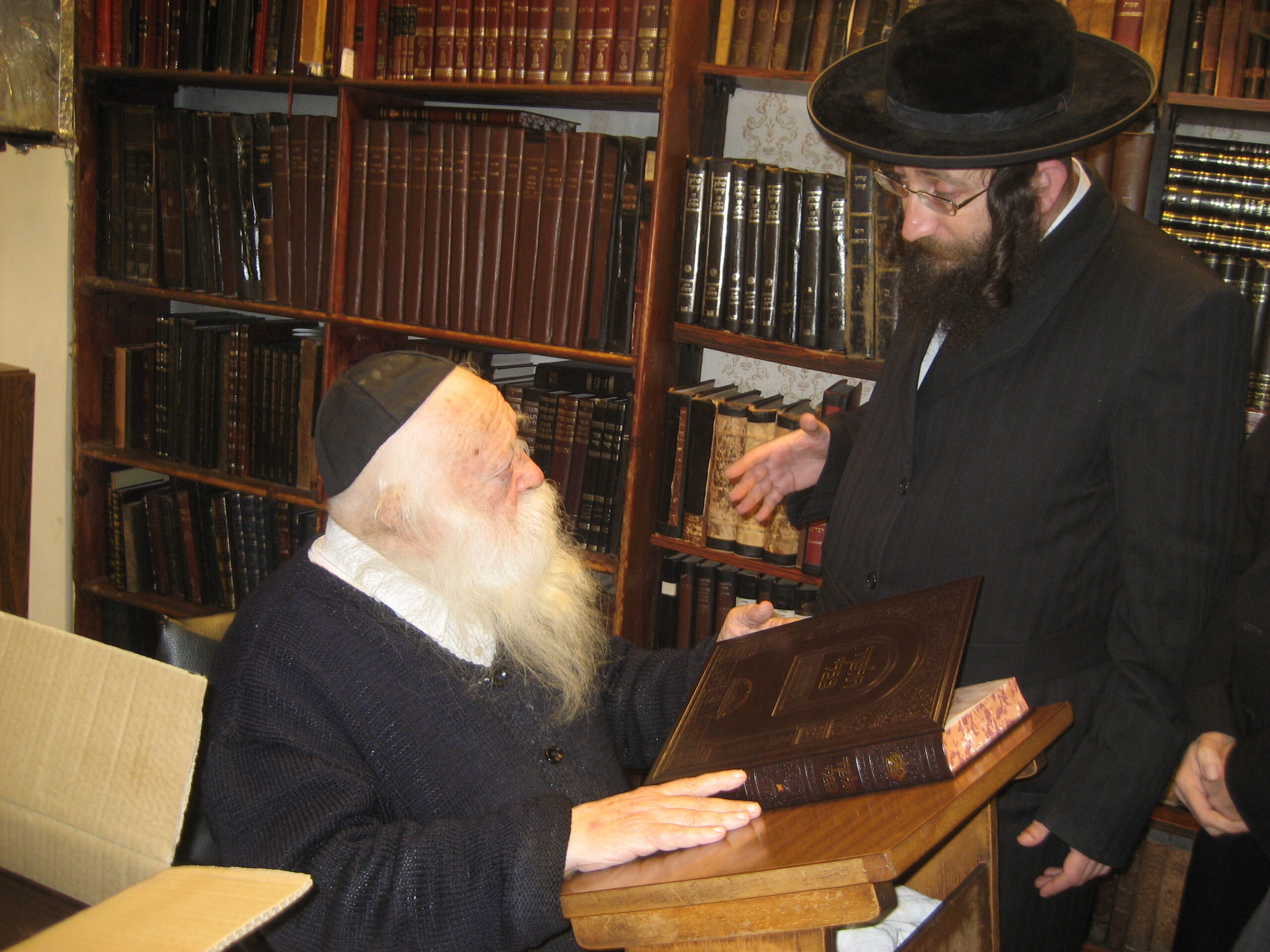 Bennett, recalling the modest and sparing way of life of the esteemed scholar, noted in
his cabinet meeting address, “The large-scale mourning is a uniquely Jewish moment. The
cultural heroes of the Torah world are not material giants, they are giants of the spirit. They are people who have dedicated their lives to Torah and mitzvot, to in-depth study
and the preservation of tradition.

“The name of Rabbi Kanievsky will be remembered as an important part of the Torah history of the people of Israel. The son of the Steipler and the nephew of the Chazon Ish, he continued in their path, after the Holocaust, in the Land of Israel, preserving the Torah world of the destroyed communities of Europe. May his memory be blessed.”

An outpouring of grief and tributes followed the announcement of Rabbi Kanievsky’s death.

HaGaon HaRav Moshe Sternbuch heard about Rabbi Kanievsky’s passing during a Purim seudah. “The shechinah is with us on Purim and now the shechinah has been removed from
Klal Yisrael,” he said.

HaGaon HaRav Gershon Edelstein commented, “He didn’t look at anything except for Torah. Even when he travelled, he was always with a Gemara, with such unbelievable bekiyus. He was also a ba’al mofsim.”

HaGaon HaRav Meir Tzvi Bergman said, “It’s a loss that can’t be replaced. There’s no one else like him.” He added, “It seems to me that there wasn’t a Talmid Chacham like HaRav Chaim, in recent generations. You could ask him about anything and he knew the answer.”

Rabbi Aryeh Deri of the Sephardic Charedi group told Channel 11 that he “transcended definition”. President Isaac Herzog noted, “Love of the Torah, his modesty, his humility and his spiritual leadership will be missing for the yeshiva world and the entire people of Israel.”

Foreign Minister Yair Lapid described Rabbi Kanievsky as an “important and meaningful leader in the lives of many Jewish people”.

Defence Minister Benny Gantz added, “Beyond his greatness when it came to religious law, Rabbi Kanievsky was a man with deep life wisdom. He cared for the Torah, and he cared for humankind.”

Opposition leader Benjamin Netanyahu said that the people of Israel had lost a “huge scholar” who was a “key link in the chain of Torah transmission from generation to generation”.

Jerusalem Mayor Moshe Lion said that Rabbi Kanievsky was a “walking Sefer Torah”. “He was always with a sefer and learning,” recalled Lion. “He didn’t speak much but his yes or no would speak volumes, as well as his brachos.”

Lion added, “After a meeting with him, I would have a feeling of spiritual fulfilment for a long time. We simply miss him. I feel that we lost a figure who was so significant in the
Jewish world.”

He continued, “People from all stripes of society gathered around him. People with knitted kippos visited him, secular people, Litvaks, and chassidim. He belonged to everyone.”

Israel’s UN Ambassador Gilad Erdan, “One of the greatest rabbis of our time. A prominent authority for the Ultra-Orthodox community, his leadership combined Torah and Jewish law with wisdom and respect.”

US Ambassador to Israel Tom Nides tweeted, “What an incredible loss.”

New York City Mayor Eric Adams wrote, “May his memory be for a blessing and may
his wisdom and good works continue to inspire.”

In the UK, Chief Rabbi Ephraim Mirvis led tributes. “He was a preeminent leader, renowned
for his humility, dedication to his people and extraordinary scholarship, earning him the title ‘Sar HaTorah’, Prince of Torah,” he said.

Thousands gathered outside Rabbi Kanievsky’s modest Bnei Brak home when they heard he had collapsed to pray as resuscitation attempts took place. Only close relatives were allowed in his room with security guarding the property.

The Bnei Brak Beis Din headed by HaGaon HaRav Amram Fried issued a list of dinim for residents including participation by everyone in the funeral.

Speaking about his greatness, HaRav Shlomo reportedly recalled. “When Abba would arrive home from kollel, the food was always ready on the table. Abba was makpid not to eat without Ima. If she wasn’t sitting at the table, he wouldn’t eat.

And if it would take more than a minute or two before Ima sat down, he would immediately turn to his shtender and begin learning. These may seem like simple and minor things but we saw them with our own eyes. These things were symbolic of the way my father lived and the devotion he had.”