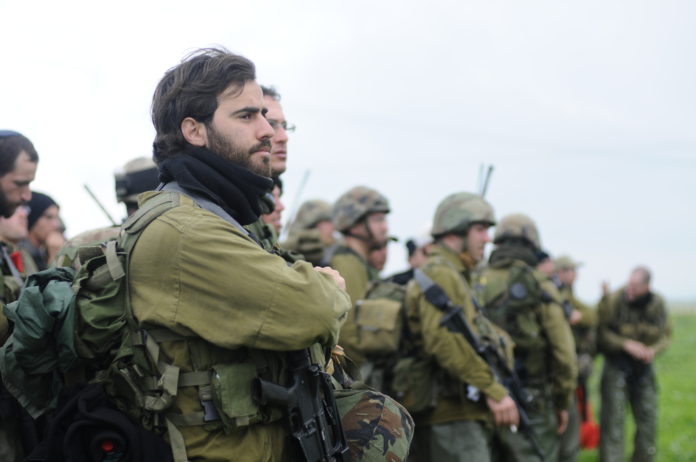 Soldiers intervened when a Palestinian terrorist attempted to stab Israelis in Kiryat Arba.

Forces stationed in the Israeli community wounded the terrorist, who sustained light injuries.

The assailant was evacuated to an Israeli hospital where he was treated.

No Israelis were injured in the attack.

Hebron is important for Jews and Muslims because of its religious importance.

An Israeli soldier was injured near the Tomb of the Patriarchs only last month.

But that did not stop over 40,000 Jewish worshippers visiting the tomb in a pilgrimage for an annual reading of Torah portion Chayei Sarah last Shabbat.

Tents of varying sizes were set up for meals.

Tensions have increased recently in the region as Defence Minister Avigdor Liberman announced that new homes would be constructed in Hebron last week.

The Civil Administration for the West Bank initially approved the plan.

The settlement will be the first in the West Bank city for 16 years.

The $6 million Hezekiah quarter project includes 31 homes, a daycare centre and a park on a former Israel Defence Forces base.

Around 500 Jewish Israelis live in Hebron in four settlements among over 100,000 Palestinians.