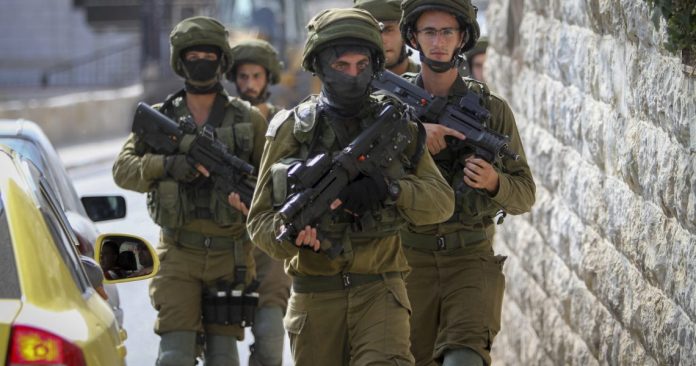 The IDF is searching for a Palestinian assailant who threw a marble slab from the roof of a building onto a soldier’s head, leaving the soldier in a critical condition with serious head injuries.

The incident occurred during a counter terrorism operation in the al-Am’ari refugee camp in Ramallah at 5pm yesterday, according to YNet.

The IDF said the operation was launched to arrest a number of Palestinians involved in terrorist attacks including shooting attacks on Israeli citizens. The IDF said violent rioting erupted during the course of the raid and various objects were thrown at the soldiers as they carried out the arrests. It was then that the marble slab was thrown from the roof of the building.

The injured soldier is currently anaesthetised and on a respirator in intensive care. Israeli Defence Minister Avigdor Lieberman said: “It won’t be long before we get our hands on the despicable terrorist who injured him, dead or alive.”

Despite the recent wave of violence on Israel’s border with Gaza, the West Bank has remained relatively quiet in recent weeks. With today marking the second Friday of Ramadan, Israeli security forces are on high alert for any possible eruption of violence.